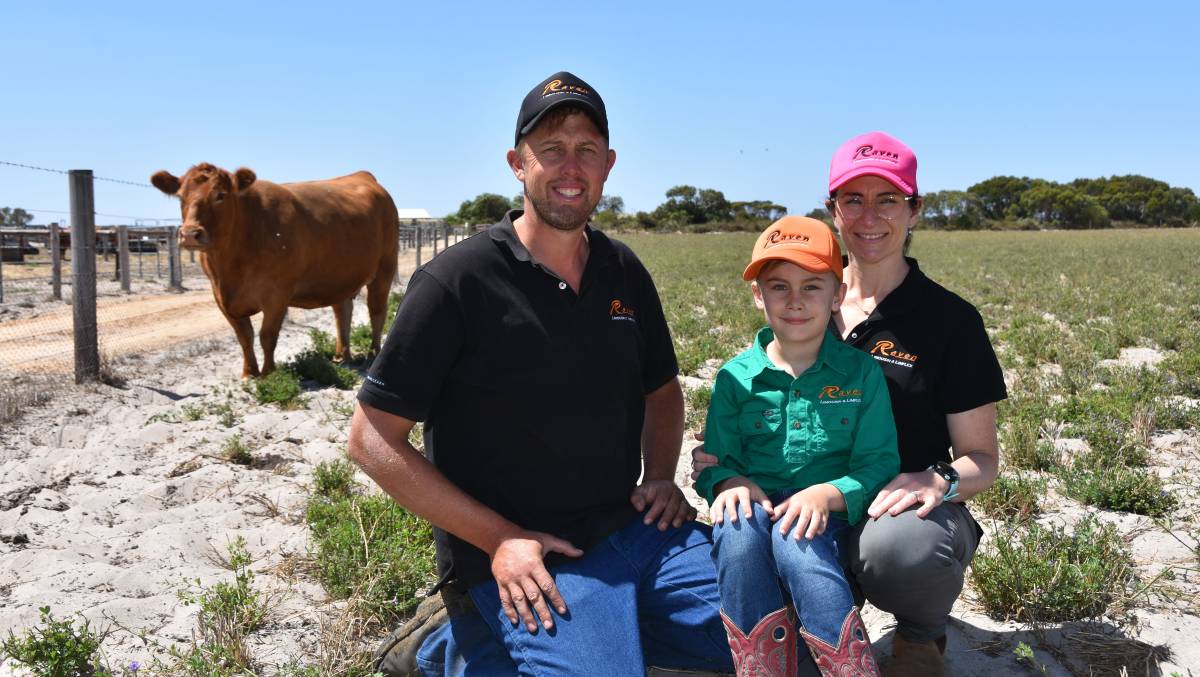 Jason and Penny Schulz and their son Heston offered their Raven Limousin stud online on the weekend but are still negotiating with several potential buyers.

Negotiations are continuing for the South East based Raven Limousin stud after bidding fell short of expectation during the online dispersal sale last weekend.

Negotiations are continuing for the South East based Raven Limousin stud after bidding fell short of expectation during the online dispersal sale on the weekend.

In a unique concept, stud principals Jason and Penny Schulz, Field, offered their entire purebred herd plus prefix and associated branding as a package on AuctionsPlus, with the closing bid $610,000.

Mr Schulz said they had received enquiries to sell some of the females in smaller lots but they remain committed to selling the stud as a going concern.

The package on offer comprises 95 cows, as well as 35 yearling bulls and 21 embryo calves with their recipient cows as well as the stud's semen inventory and intellectual property.

"We always knew it was going to take a special type of buyer, we were under no illusion that there would be a lot of them out there but it has had the desired effect of bringing the interested parties out," he said.

He said the decision to sell the stud as a "turn-key opportunity" was in the best interest of their client base, enabling them to continue to source Raven bloodlines.

It also gives someone the opportunity to make the most of their 13 years of hard work and hit the "ground running" with an established stud.

"Coming from where we came from we would like to provide that opportunity," he said.

Mr Schulz said the inability of interstate breeders and investors to inspect their herd during the relatively short marketing campaign due to border restrictions had also been "problematic" for making a sale.

"When we started this we compared our plan selling the stud to selling a property, I don't know many people looking to buy a farm that would buy one without inspecting it," he said.

Mr Schulz did not disclose the desired price they were seeking for the stud but said Elders southern area livestock manager Laryn Gogel was continuing to negotiate with several interested parties.

Until a sale was made he said it would be "business as usual" for them.

"Even before the sale we were committed to our latest AI program, if the sale had been successful and everything was done and dusted it would be up to the buyer what sires were used but now we are in limbo we will go ahead with it," he said.