Branded Content: Zoetis Australia is proud to announce the new innovative sheep vaccine, GlanEry 7 in 1 B12, is now available in a store near you.

Article in partnership with Zoetis Australia.

Zoetis Australia is proud to announce the new innovative sheep vaccine, GlanEry 7 in 1 B12, is now available in a store near you.

This product is a new formulation that combines the market-leading, proven protection of Glanvac 6 B12 and Eryvac into one convenient vaccine.

GlanEry 7 in 1 B12 will be the new gold standard of sheep vaccines as it will protect sheep and lambs against seven endemic sheep diseases in Australia; Erysipelas arthritis, Cheesy Gland (CLA) and the five main clostridial diseases (pulpy kidney, tetanus, malignant oedema, black disease and black leg), all in a convenient one millilitre dose.

According to the MLA, these diseases collectively cost the Australia Sheep Industry about $90 million annually. Dr Kelly Graham, associate director of the Zoetis Livestock Veterinary Team, is really excited about the addition of Erysipelas protection into the Zoetis Glanvac 6 in 1 range.

"Erysipelas arthritis, caused by the bacteria Erysipelas rhusiopathiae, is the most common cause of lame lambs on farm and results in significant losses both on farm and at the abattoir," Dr Graham said.

"Losses on farm are due to culling, poor growth rates and reduced trading options if animals are unfit to load, and abattoir losses are associated with trim, reduced carcase weights and potential carcase condemnations."

There are three common bacteria associated with arthritis; Erysipelas, Chlamydia and pus-forming bacteria, all of which are commonly found on the sheep's skin, and in the soil and the environment. "Although it is difficult to isolate the causative bacteria when investigating arthritis, recent survey work in southern Australia by Joan Lloyd (2016) found that 57.6 per cent of culture positive samples included Erysipelas.

In a southern NSW survey, Ferguson and Munro (2014) showed that 86.3pc of culture positive samples included Erysipelas. This research confirms that Erysipelothrix rhusiopathiae is the most common cause of bacterial joint infections in Australian lambs.

Arthritis causes significant loss of production as a result of poor weight gain and reduced wool production in lame lambs, and failure to thrive in lambs with chronic arthritis. 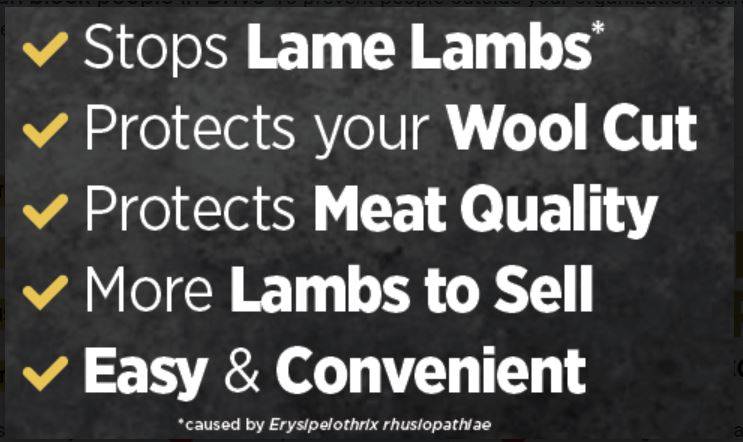 An abattoir study showed that lambs with arthritis had a reduction in total carcase weight of (HSCW) 1.2 kilograms compared with healthy lambs without arthritis.

This does not include the losses due to trim that have been estimated at about 3kg per carcase.

In WA, Paton et al (2003) also estimated that 1.4pc of lambs born died before weaning or are culled due to arthritis.

When asked where these bacteria come from, Dr Graham said: "'Erysipelas is found all over Australia and it can persist for a long time in the environment, including in water.

"It is carried on to a farm by many ways; from introduced sheep i.e. sheep that are chronically infected, by feral pigs, and a variety of other native animals. 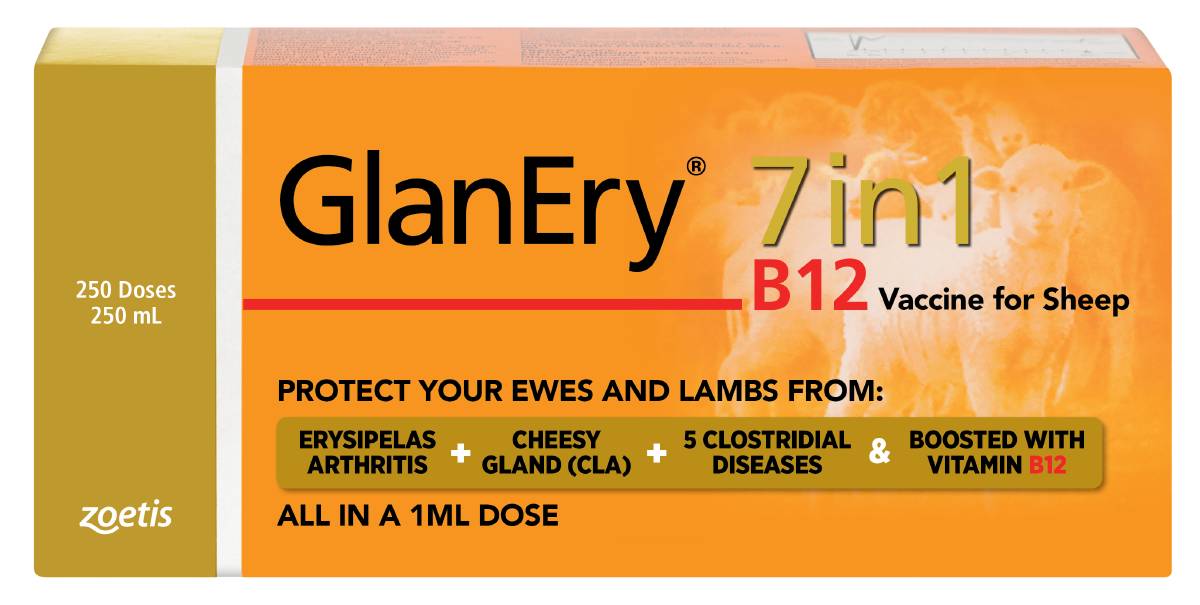 "In fact over 30 species of wild birds and at least 50 species of wild mammals are known to harbour Erysipelas, as well as cattle, dogs, kangaroos and mice. All these animals and birds provide an extensive reservoir, as a source of environmental contamination," Mr Graham continued.

"So, given this bacterium can survive in the environment and is carried by a range of animals, contamination on any farm can change from year to year, therefore if a farm doesn't experience infection one year it does not mean it won't experience problems in subsequent years."

The most recent annual report (2019-2020) from the National Sheep Health Monitoring Project, representing the abattoir findings of about 8.7m sheep inspected in Australia, showed a high percentage of sheep lines had evidence of arthritis.

Erysipelas arthritis is a significant issue in Australia. GlanEry 7 in 1 B12 has been developed in Australia and is manufactured in Melbourne.

GlanEry 7 in 1 B12 provides the convenience of two vaccines in one with premium disease protection, so will save time, labour and cost while making sheep vaccination simple and easy.

Article in partnership with Zoetis Australia.