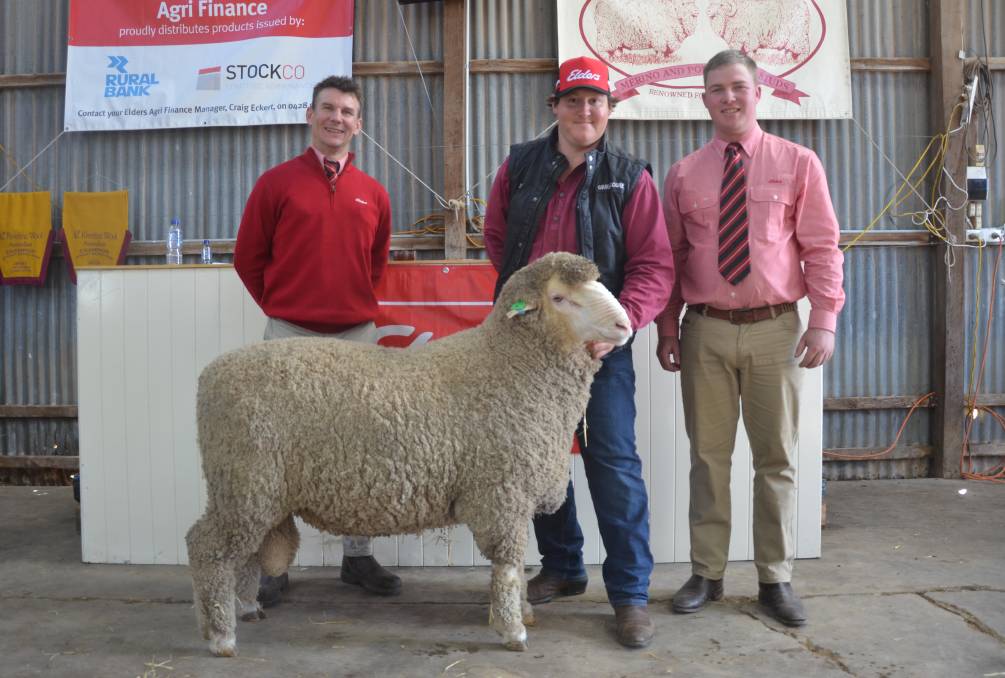 The top price ram, lot 4, was AI-sired by Trojan, and was an April 2020-drop weighing 126kg, with fleece measurements including 20.7 micron, 2.7 standard deviation, 13 coefficient of variation and 99.9 per cent comfort factor. It also had an eye muscle depth of 43.3mm.

Mr Keller said Mr Lenehan was looking for a "big and square" ram with heavy-cutting wool.

This was the third ram Mr Lenehan has bought from Orrie Cowie, buying one ram each year since 2019.

Orrie Cowie principal John Dalla said the sire had been his "top pick" leading into the sale.

"It was no surprises that he was top price, I thought he well and truly deserved that," Mr Dalla said.

"He had good structural correctness and width and carcase traits with a terrific Merino wool, a real true dual purpose sheep - they don't come much more truer than him."

Mr Dalla said the sale was "fantastic", and was on par with expectations.

"We had a good clearance and there was a solid average right through," he said.

The sale had a good balance of stud and commercial interest, which pleased Mr Dalla, especially considering options to show his sheep have been limited since the start of Covid-19.

"But we had a few interstate buyers who bought through AuctionsPlus, and who bid who agents who were here, which was great."

Orrie Cowie also had an offering of White Suffolks, Suffolks and Poll Dorsets for sale, with 29 offered of which 12 sold, averaging $866 and topping at $1400 for a White Suffolk.

A large contingency of repeat clients buoyed the sale through the day, many who bought in bulk.

Mr Penna said it had been a successful sale, especially in the absence of a few volume buyers who were unable to attend.

"The sale had a really strong top end, and further on in the catalogue was really good buying for those bulk buyers," he said.