For the second consecutive year, the Royal Adelaide Show has been cancelled. 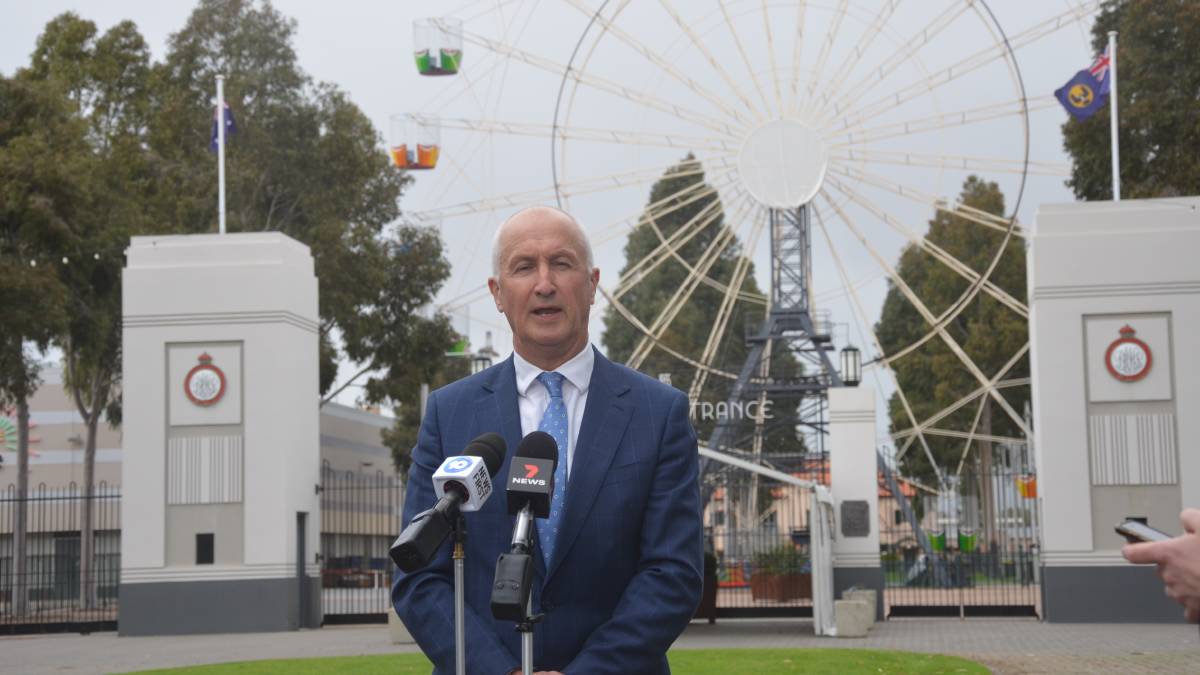 In light of the increasing transmission of the Delta variant of COVID-19 in the eastern states, the 2021 Royal Adelaide Show has been cancelled, just three weeks out from day one.

The news comes following advice from SA Health yesterday (Wednesday) afternoon that mass gathering of events in SA must be significantly limited in numbers, with a directive that the daily cap at the show would be less than 10,000 people.

Speaking at the Wayville Showground this morning (Thursday), RAHS of SA chief executive officer John Rothwell said operating with numbers that low was not a financially viable option.

The RAHS board met last night to discuss the directives, with Mr Rothwell saying the decision to cancel was made "with great sadness".

"We thought the state was travelling very well, we haven't had Covid in the community for about four weeks, we felt it had been well-managed, and we were optimistic that the show would run, as were our exhibitors," he said.

"It's absolutely devastating that the show won't be going ahead, for the second year in a row.

"About 18 months of planning goes into the show, there are many people and businesses involved, the result of this cancellation will impact a lot of businesses.

"We're also very mindful of the public not being able to attend, after last year's cancellation, this year it was something everyone was looking forward to."

Mr Rothwell said he particularly felt for livestock exhibitors, who have been preparing for the show for some time.

"The show is a key part of the calendar for livestock exhibitors, for competition, for business, and for their economic benefit, so it's a major impact," he said.

"We won't be running any events this year, based on SA Health's concern about Covid and the Delta strain. Bringing people together, even a reduced number, now the decision to cancel has been made, is seen as inappropriate," Mr Rothwell said.

Merino SA president Joe Dahlitz said it was "really disappointing" to have the show cancelled two years in a row but there was "nothing they could do about it".

"I would have liked to see the sheep, cattle and other livestock (judging) still go ahead but not be open to the public," he said.

The Adelaide Merino ram sale had 66 rams entered from 23 SA and Vic studs.

The 2021 RAS was scheduled to run for nine days, kicking off on Saturday, September 4, and running through to Sunday September 12.

Mr Rothwell said it was an extremely heavy hit to have to cancel two years in a row, and would result in millions of dollars in losses.

He was hopeful government financial assistance would be dealt to help recuperate the losses.

A lot of energy, focus and time went into working to make everything viable come showtime. - JOHN ROTHWELL

"The RAS is the largest and oldest ticketed event in SA, we'd be looking for the gov to consider providing assistance - we're better to look after the events we've got, rather than create new ones.

"It's a very inclusive event, and needs the due attention it deserves."

Mr Rothwell said it would take a few months to fully realise the impact of the cancellation.

"We'd be optimistic that we would be able to come up with strategies to try and keep going. You cannot assume that with other loss of income from events that can't occur in the state, which impacts on us as well, that it's going to be an easy road ahead," he said.

"But we're confident we'll be back next year to deliver a top Royal Show."

COVID WELL AND TRULY CONSIDERED LEADING UP TO SHOW

Mr Rothwell said a significant amount of preparation had gone into developing Covid management plans leading up to the show.

"A lot of energy, focus and time went into working to make everything viable come showtime," he said.

"We'd invested into Covid technology that counts people in and out of venues, and ensures venues don't get overcrowded - I don't think the technology, had been used anywhere else in SA leading up to this point.

A Covid management plan had been submitted in the lead up to show, which Mr Rothwell said had "no problems."

"There was nothing wrong with the plan, the cancellation is purely because of the further reduction in numbers for public gatherings," he said.