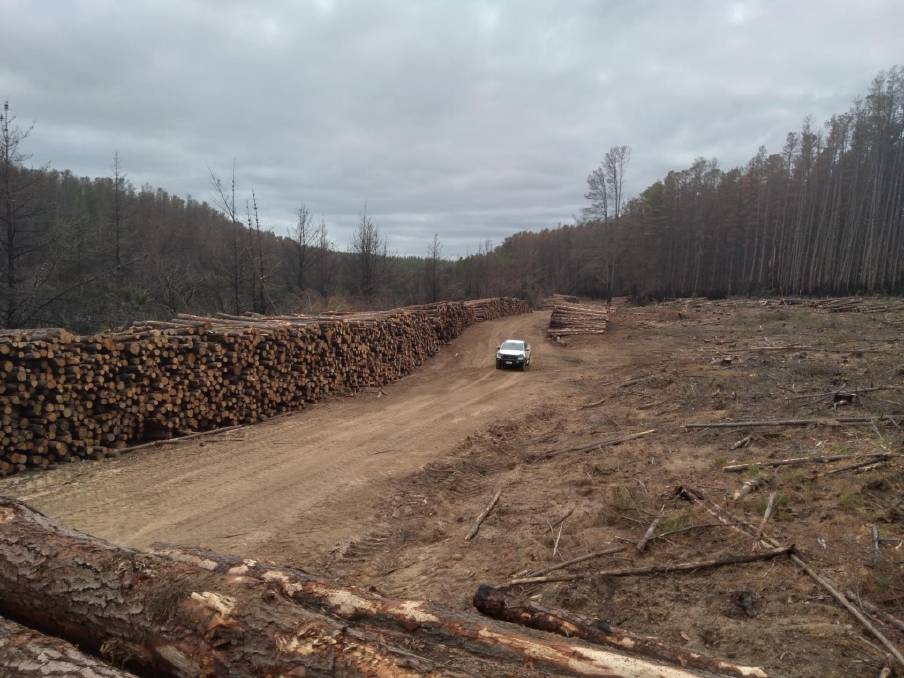 HARVEST LOGS: Pine logs are harvested and stockpiled at Gosse West before being shipped out on the SeaLink ferry. Photo: KIPT

Company adopts new strategy to remove the trees and convert the land back into agricultural use.

KANGAROO Island Plantation Timbers has made the momentous decision to adopt an agricultural strategy, turning blue gum plantations into farms.

"Sensational announcement by KIPT this morning to the ASX announcing trees will be replaced by agriculture starting immediately," he said.

"This is a huge thing for KI and will reboot the central/west population and community. A great rethink."

KIPT issued a statement to the Australian Stock Exchange on Tuesday morning, August 11.

"The company has adopted a new strategy to remove the tree crop and convert its land for more traditional agricultural use," the statement reads.

"This reversion strategy will require significantly less capital, and will revert the Company's 18,696-hectare of high rainfall land to a productive agricultural estate over a shorter period of time.

"KIPT will however continue to pursue any salvage harvest opportunities - particularly for softwood plantations - if they present attractive risk-adjusted returns to shareholders. 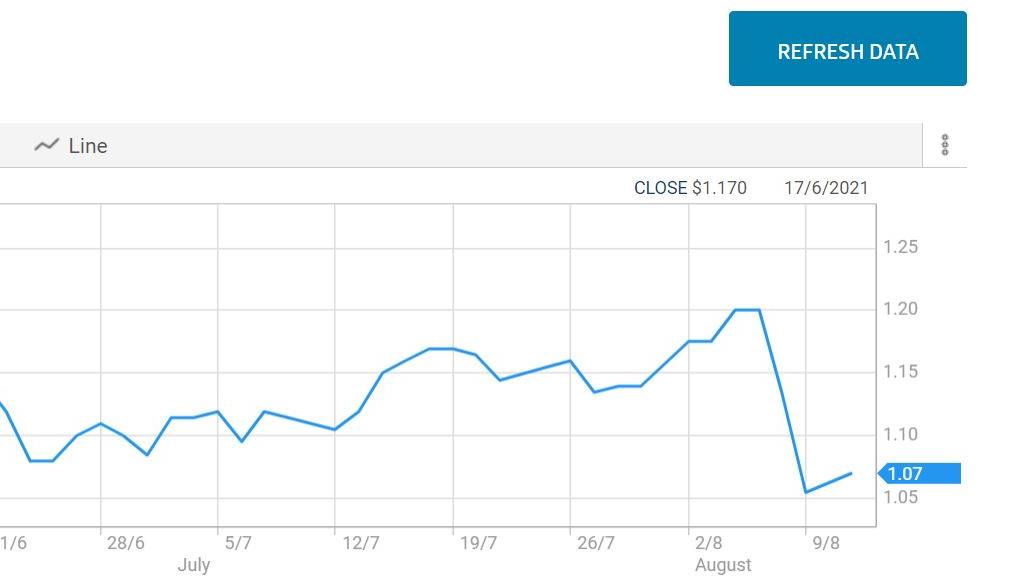 "Reverting timberland to a more traditional agricultural use is a proven process. Since the failure of the MIS (managed investment scheme) experiment, more than 100,000 hectares of former forestry plantations have been reverted to agriculture in Australia."

In other developments, Keith Lamb has resigned as managing director and the position will not be replaced.

James Davies will be appointed as executive chairman of the board, and current chairman Paul McKenzie will remain as a non-executive director.

"Today marks a major turning point for KPT. By undertaking this lower risk and well-trodden strategy, we will in turn develop our land into an institutional grade, conventional agricultural estate," Mr McKenzie said.

"The company's vast, high rainfall landholding is unique and is expected to command a premium valuation in due course."

KIPT meanwhile has commissioned Jones Lang LaSalle Advisory Services to conduct a valuation of its land under the new agricultural strategy.

JLL's independent as-is valuation of $51.4m at June 2021 was derived after estimating a total reversion cost.

The board has adopted this valuation in the 2021 accounts.

As a result of the new strategy, KPT's 2021 results will include the following pre-tax adjustments:

The wharf asset of $18.2 million will be revalued to net realisable value, resulting in a pre-tax loss of $12-$14 million;

The biological assets previously valued at $5.9 million are deemed to have a fair value of nil, resulting in a pre-tax loss of $5.9 million; and

The land has been revalued as explained above at $51.4 million, resulting in a reduction in the Company's revaluation reserve of $7.8 million before tax;

At 30 June 2021 the Company had no debt and cash at bank of $32.7m. In addition, KPT's insurer has retained $4m in respect of the insurance claim for the damage caused by wildfires against the potential for KPT to obtain a positive margin on salvage of timber.

The company expects to release its 2021 Preliminary Report on or before 31 August 2021.

The new agriculture strategy has lower capital requirements. The Company is in a position to return surplus capital to shareholders and take advantage of the market discount to NTA.

Accordingly, the board is pleased to announce an on-market buyback of up to a maximum of 5.65 million shares, representing 10 per cent of ordinary shares on issue. Further details of the share buyback will be contained in an Appendix 3C.

The story KI Plantation Timbers to replace trees with farms first appeared on The Islander.