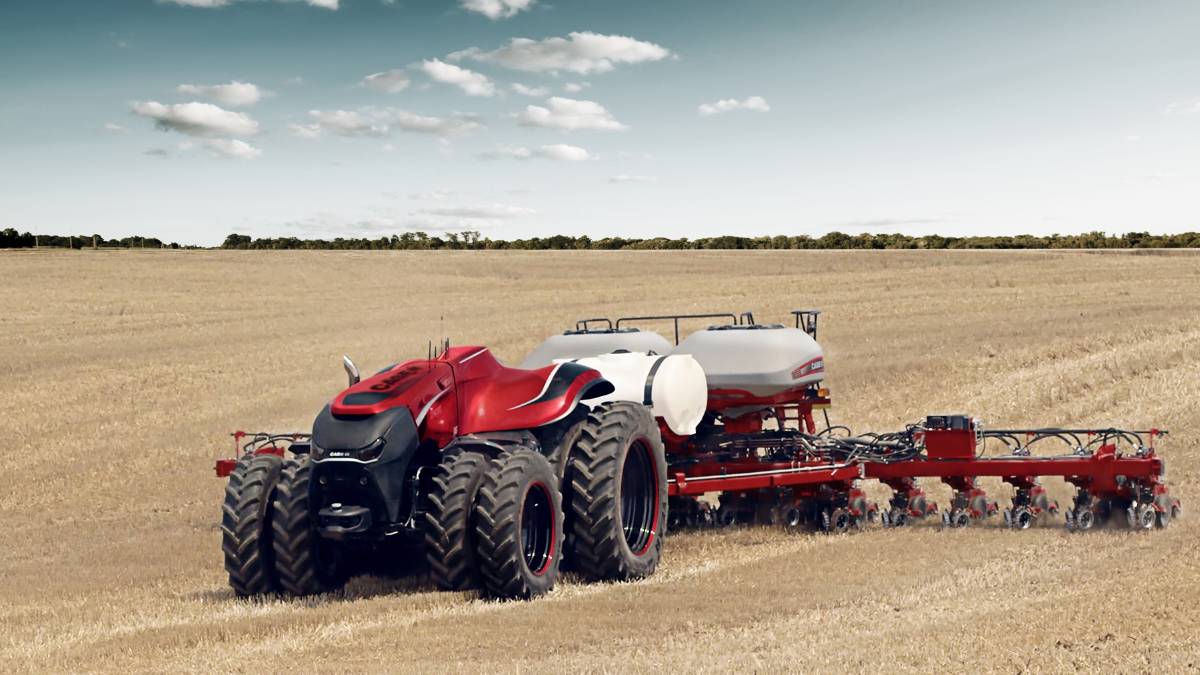 The big moves in the autonomous vehicle space have seen GPA develop a code of practice to facilitate their use in commercial farming.

KEEN to set some guidelines around the emerging autonomous vehicle sector, Grain Producers Australia has started talks with the WA state government seeking formal endorsement and adoption of its new autonomous farm vehicles code of practice.

GPA chair, Andrew Weidemann, said the "Code of Practice for Agricultural Mobile Field Machinery with Autonomous Functions in Australia" has been developed in a joint project working with the Tractor and Machinery Association of Australia and the Society of Precision Agriculture Australia.

He said the decision had been made to create a code of practice as a proactive step to help allow a smooth roll-out of a rapidly emerging technology he said had the potential to make big productivity gains for growers and the grains industry more broadly.

Mr Weidemann said industry leaders in the topic had been enlisted to compile the code.

"The process of drafting and writing the Code has been led by farm technology expert, Rohan Rainbow, working on contract to GPA and his expertise has been invaluable to the project's success," Mr Weidemann said.

He said GPA envisaged the WA government would be the first in a national roll-out of the code.

WA was chosen to go first due to their support of the project and their assistance, drawing from their experience in developing a similar code in the mining industry.

"We are starting a national roll-out by seeking the WA government's endorsement and adoption, given the vital importance of their early involvement and guidance; providing a design template for GPA to work from, with a similar code having already been adopted for the mining sector.

He said the adoption of a code for autonomous vehicles in agriculture could unlock more in the way of product uptake and even research, with investors happier to become involved with a clear path to market.

"Endorsing this code will help enable the accelerated adoption of this exciting technology in Australia which has massive potential to boost the productivity and the profitability of our grain growers."

Logistically, the code will focus on safety standards, hazard controls and risk management.

Dr Rainbow said these procedures were at the forefront of the code's operations, along with ensuring autonomous machinery use has practical application on-farm.

"Another priority has been the need to ensure industry's compliance with environmental stewardship and the use of autonomous machinery can also improves pesticide use," Dr Rainbow said.

He agreed with Mr Weidemann that a code would help kick start the autonomous vehicles market in Australian ag.

"The code will support the development of a significant and exciting commercial market in Australia for the manufacturing and distribution of this technology; putting farmer and industry needs at the forefront of product development."

Dr Rainbow said the code's implementation will encourage and facilitate the adoption of automated tractors and machinery and new investment opportunities.

He said it also aligns with the requirements of relevant government safety regulations; purposefully designed to assist machinery users with meeting their legislative obligations under the Safe Work Australia's Model Work Health and Safety Laws.

The Code will also support application of the Agricultural and Veterinary Chemicals Code Act 1994, which is the supporting legislation for Agricultural Pesticides & Veterinary Management Authority.

It will also serve to standardise the approach to machinery automation for manufacturers, importers, distributors, dealers and producers.

"Western Australian farmers have always had a strong reputation for early uptake and adoption of farming technologies that can help boost their profitability and performance," he said.

He said there was strong farmer interest in developments in the space.

"We're already seeing reports of some movement in this space, with smaller autonomous machinery that can spot spray weeds in paddocks during summer.

"Other growers will be watching with great interest, to see how this can translate into dollars and cents on their own farms, especially moving towards scaling up to the future use of bigger driverless machinery at seeding and harvesting."

Frank D'Emden, president of SPAA, Australia's leading precision agriculture extension organisation, was excited to support GPA and TMA in the development of the code.

"It is very important to have an accepted COP to guide and inform legislation to support the successful and responsible adoption of autonomous technology within the Australian farming community," Mr D'Emden said.

He said a recently released report analysed the global market for autonomous farm equipment and estimated its value at US$77.8 billion in the year 2020 (AUD$106b).