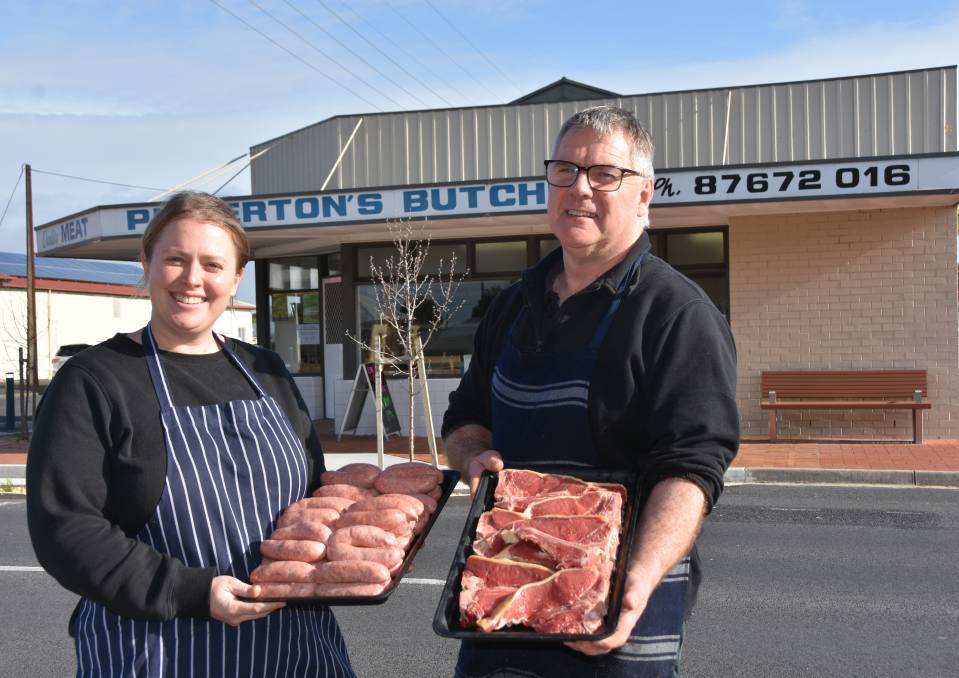 LONG HISTORY: Jeff Pinkerton (right) and his daughter Georgie outside Pinkerton's Butchery in Kingston SE, which has been in the family for 138 years.

Five generations of the Pinkerton family have carved out careers as local butchers in Kingston SE, but now after nearly 140 years in operation the respected business is up for sale.

The Pinkerton family has been supplying the South East seaside town of Kingston with its meat for a remarkable five generations.

One of the region's oldest family-owned businesses, it has operated its butcher shop from just two premises within a couple of hundred metres of each other in its 138 years.

The other common thread which present owner Jeff Pinkerton says he shares with his forefathers is a desire to look after the community, enjoying positive feedback from customers about their meat.

"If you look after the people that buy from you and give them a good product, it is a simple recipe, they will come back," he said.

The family dynasty began in 1883 when Thomas Pinkerton rode into town and set up shop in a little weatherboard building in James Street.

His family were sheep farmers at Werribee, Vic, near Melbourne, and after trying his luck at the Victorian goldfields, he moved to the South East in 1864.

He managed Maaoupe Station near Penola for a few years then worked in Robe at a boiler works before turning his hand at butchering.

Thomas, who had 12 children with his wife Elizabeth, lived next door to the butcher shop and would deliver fresh meat around Kingston in a horse and cart.

His eldest son Robert eventually took over in 1909. 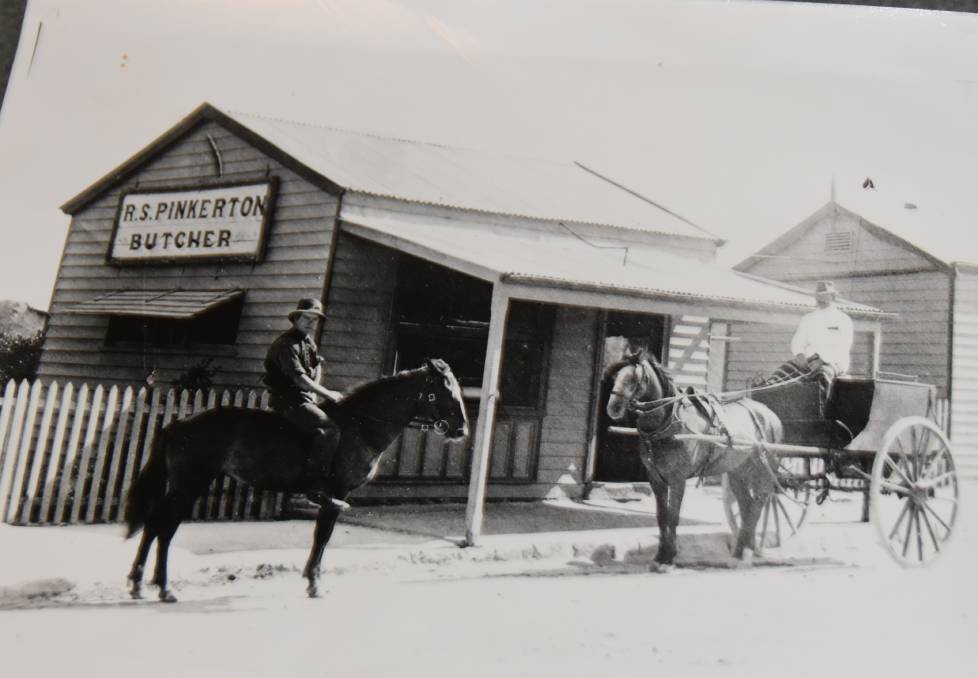 Robert Pinkerton in his cart outside his butcher shop in Kingston SE in the 1920s.

The following three generations since have been hooked on the meat game.

In 1967, after 85 years in the original location, Jeff's grandfather Gordon moved the business down the road to its present location.

"The old shop wouldn't have had much in the way of refrigeration, so it would have been easier to move and here was central to everything with the old council chambers across the road and the bank next door," he said.

Jeff remembers well helping sweep the floor in the shop as a young boy and learning knife skills from his father Barry, who ran the business with his mother Margaret.

He joined the business in 1979 as an apprentice and has not looked back, with six employees on the books.

"It has been a family tradition but I get great satisfaction from people enjoying our products," he said.

Over summer, Pinkerton's Butchery trade swells with holidaymakers and they have a strong customer base throughout the year.

"Our signature would be our country style sausages, which are close to the original recipe, and in the past seven years I have made them gluten-free, but we also produce our own smallgoods (bacon, hams, pepperoni and kabana) and anything else you would want," Jeff said.

Unlike most butchers, Pinkerton's Butchery has continued processing its own beef and lamb - one of just two licensed butcher-owned abattoirs remaining in the SE.

"It is not an easy thing to keep running because regulations in that area do hamstring you a little bit," he said.

"We built a brand new slaughterhouse in 1981 and it has continued on, so if you have the facility you have to use it."

Most of Pinkerton's Butchery's beef, lamb and pork is sourced locally.

"I rotate between two or three different farmers for my beef and I have a local stock agent who sources lamb for me, plus a couple of farmers who keep me going," he said.

Through the years, Jeff says the process of breaking down a carcase has not changed much, but they are doing far more preparation of the cuts, with their display cabinets full of meal-ready options such as Tuscan chicken mini roasts, chicken kiev, and pan-ready stir fry.

"Until the mid 1970s it was all just chops and roasts and from then onwards we started to do things like schnitzels, but from the late '80s and into the '90s there has been a trend to meal-ready products and that has only grown," he said.

"I've often said my grandfather would roll in his grave if he could see what we were doing now.

"It is a lot of work but the more work you do in this business, the more prosperous you will be."

Jeff is proud of the family's long history and the contribution he has made to it, but says it is time to hand over the knives, with his children pursuing other careers.

Earlier this year, Jeff and his wife Kate put the business on the market.

"Forty-two years continuously in the butchering industry makes your body tired," he said.

"I have got to the stage where I need to look at where I will be in four or five years' time - now seems like the right time to put it on the market."

The Pinkertons have their fingers crossed they will be able to find a buyer and ensure the well-established business, which also supplies meat to the local IGA supermarket and has a long association with local pubs, remains part of the lifeblood of Kingston.

"I see a bright future - if I was younger I would be branching out even more myself but I am at the end, not the start. It's time to pass it on," he said.

"Country towns need a good butcher, especially in a fairly isolated area like we are here with 100 kilometres to the nearest one."