AS the rain fell heavily at Mount Cooper on Monday, so did the bids at Minta Poll Merino and Merino's annual on-property ram auction. 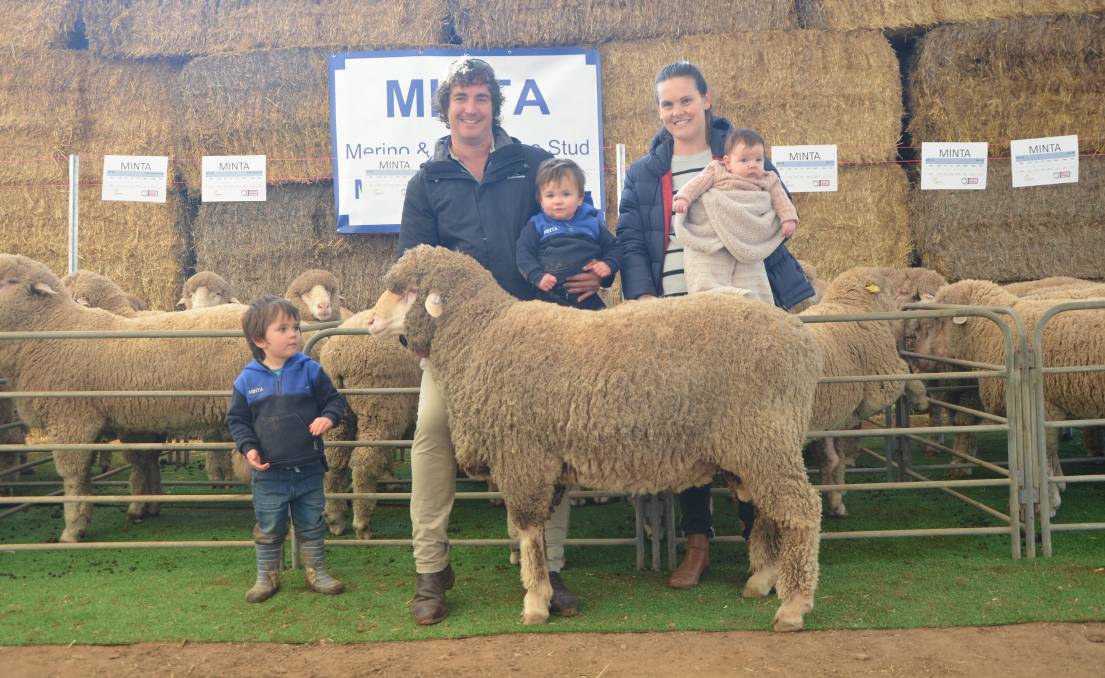 AS the rain fell heavily at Mount Cooper on Monday, so did the bids at Minta Poll Merino and Merino's annual on-property ram auction.

There was particularly healthy competition during the first half of the offering from Eyre Peninsula regulars, while volume and pastoral buyers were able to get good value during the second half.

The average was a $167 increase on 2020 for the Hulls, who say they continue to breed for early maturing sheep, with good carcase traits and plenty of wool.

"It was a good result with a good turnout from our regular buyers and we also saw three new buyers among the crowd," Mr Hull said.

Winning the bidding for the top-priced ram was Peter Russell, Derrington & Russell, Coomunga.

The Russells run a self-replacing Merino flock just north of Port Lincoln and also breed some of their own rams.

"It (the top-priced ram) suits our country and the plan is to put him in with some of our select stud ewes."

Weighing in at 105 kilograms, the AI son of Imperial 20 carried a 20.3 micron fleece, with a 3.4 standard deviation, 16.8 coefficient of variation, 99.2 per cent comfort factor and measured at 42.1 millimetres for eye muscle depth and 6mm fat depth.

Regular top-end operators at Minta, DS&NM May, Elliston, were active bidders early and were successful on the second-highest priced ram at $6200.

The volume buyer of the sale was Paul Cousins, Cousins Merino Services, on behalf of Mount Eba Trading, via Woomera, buying 15 rams to $800, averaging $720.

Quality Livestock stud stock's David Whittenbury said it was a pleasing result led by spirited competition on the top end of the catalogue.

The 15 shed-prepared Poll Merinos that were offered first averaged just shy of $3800.

"All of the regular Minta buyers were here and filled their quotas," Mr Whittenbury said.

"Jesse's sheep have continued to improve year after year and that was the best lineup he has offered that I've seen.

"The balance of the sheep from lots one to 130 stands out. They're very even in wool type and body type.

"Their consistency across the breeding program makes them an ideal stud to buy from."