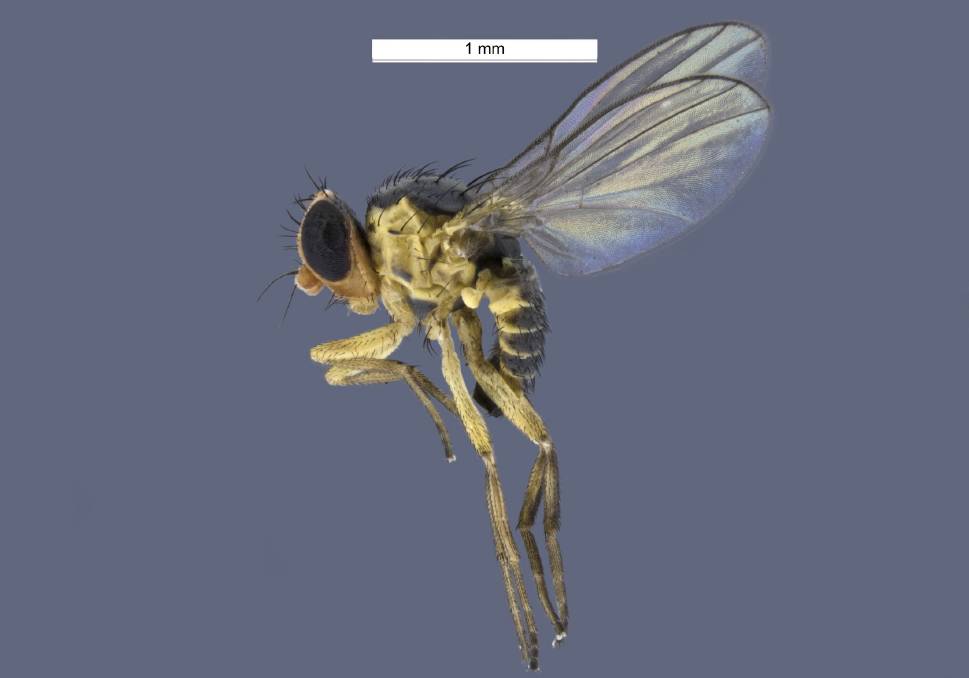 American serpentine leaf miner has the potential to do damage in Australian cropping systems, particularly in horticulture.Photo:

Another exotic pest has been confirmed in Australia, but officials are confident it will not be as damaging as Fall Armyworm.

ANOTHER invasive crop pest has found its way to Australian shores.

Just over 18 months after the first sighting of the damaging fall armyworm (FAW), officials have confirmed the presence of American serpentine leafminer (ASLM).

Similar to FAW, the first official confirmations of ASLM have been in the tropics, at Kununurra in northern Western Australia and in the Torres Strait.

However, entomologist Paul Umina, director at Cesar Australia, said the likely impact on grain crops was much lower with ASLM than FAW, with horticultural crops, such as beans, celery, cucumber and lettuce, at greater risk than grain crops.

"Globally, ASLM is an economically damaging pest of horticulture where it impacts the edible leaves of crop plants, but it's impacts to grain crops are less important. In Australia, pulses such as field peas, faba beans, mungbeans and vetch may be at risk, particularly in summer production regions," Associate Professor Umina said.

There are also differences between ASLM and FAW in the way the two species travel.

"FAW can move long distances on its own, whereas ASLM does not, if it is to move from region to region it is more likely to hitch a ride via transport of vegetables, cut flowers and nursery stock," he said.

Ass Prof. Umina said ASLM was closely related to the similarly named American leaf miner (ALM), which was first detected in Australia in 2020 year and the vegetable leaf miner which has been present in the far north of Queensland for many years.

"Fortunately, industries are well prepared for the arrival of ASLM and ALM, including a wealth of knowledge about endemic parasitoids and chemical permits are already available for many cropping situations."

"Both ASLM and ALM have a high propensity to evolve insecticide resistance, and it is likely that populations that have established in Australia also carry some of these resistances"

Cesar Australia has modelled the potential geographic distribution of ASLM in Australia, which shows it is most likely to establish along the northern, eastern, southern and southwestern coastline of Australia.

ASLM is a tiny fly whose larvae damages plants by tunnelling (mining) through leaf tissue.

Leaf damage occurs through puncture wounds from the adult feeding and depositing eggs, as well as the larvae tunnel, or mine, within the leaf tissue.

Grain Producers Australia national biosecurity spokesperson Barry Large said even though the initial problem was likely to be in the tropics, grain producers needed to be alert to the problem.

"Although the threat to the grains industry from this tropical incursion may be limited at this early stage, grain producers need to be aware of the potential risks and take necessary preventative actions," he said.

"Growers are currently being urged to check and monitor their crops regularly for any signs of this plant pest which is regarded as a severe economic threat to our national plant industries.

"If you suspect an American serpentine leafminer infestation, report it to the Agriculture Department in your State or Territory, by phoning the Exotic Plant Pest Hotline on 1800 084 881."

Telltale signs include trails or 'mines' light green to white squiggles and curved lines on the leaf surface.

Mr Large said the symptoms are indistinguishable from damage from other leafminer species so he urged farmers to report any damage even if they were not sure if it was ASLM or not.

ASLM hosts include more than 400 species of plants in 28 families, taking in many vegetable, cut flower and legume crops.