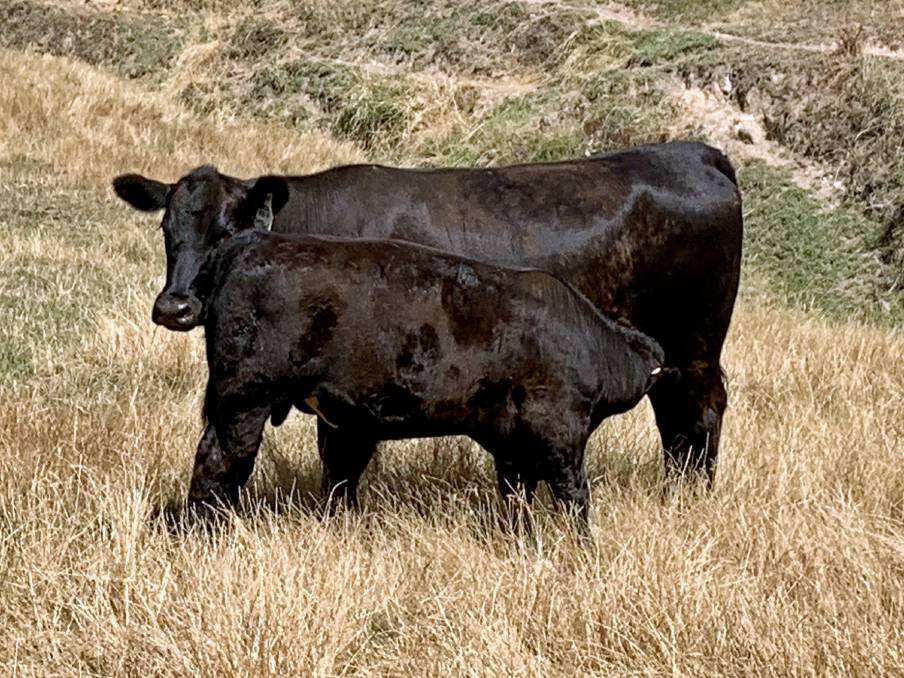 The Middleton's introduced Hicks Beef Composites to boost fertility, but it has changed the entire future of their herd.

For Sandy and Felicity Middleton, excellent fertility is crucial in their herd.

So it's no wonder they are staying put with Australian Beef Composite (ABC) genetics.

They started with an Angus cow base, but after being impressed with the first generation, they have since moved to an all maternal Composite program.

The advantages of crossbreeding were well known to the Middletons - it was just a matter of what was the simplest and most effective way to implement the change.

Mrs Middleton said using a Composite bull made a lot of sense, as it was an easy way to introduce hybrid vigour.

"Our breeding objectives were based on fertility," she said.

"We were looking for a moderate beast, nothing too extreme. We wanted to keep everything balanced.

"We were looking for calving ease and fertility. Our main focus was getting heaps of calves on the ground."

She said they were also very impressed by the performance of Composite cattle in the International Genetic Solutions (IGS) database.

But a calm temperament was also a must.

The thing we really liked is Hicks Beef is producing these bulls that are curve-benders - so you can have calving ease but you are also getting good growth. It really appealed to us. - Felicity Middleton, Tumbarumba

"The thing we really liked is Hicks Beef is producing these bulls that are curve-benders - so you can have calving ease but you are also getting good growth. It really appealed to us.

"It's been great because traditionally you have to sacrifice one trait for another. But the Hicks bulls allow us to have both."

The Middletons join their 600 breeders from mid-November for six weeks, with both heifers and cows joining Composite bulls.

"We just put the bull out with everything. Our goal is fertility, and the bulls are better judges of that than us."

This year is the first time the Middletons have introduced an AI program. Breeders are scanned and any dries are sold.

Calving starts from early September, with calves weaned at around six months old.

The Middletons don't yard wean, choosing just to draft the calves off, process them and put them on fresh improved pasture.

"I know the main objective of yard weaning is settling them down, but we don't have crazy cattle anyway," she said.

Weaners are grown out on improved pasture until they are around 14 months old and weigh between 400 and 500 kilograms. They are sold into the feedlot market.

The Middletons have implemented plenty of changes on their properties, including increasing lime rates and spreading urea in winter, as well as using Composite genetics, and Mrs Middleton said the combination had been a winner.

"We have seen far better growth in the cattle through winter, as well as earlier turnoff," she said.

Although the primary selection criteria is on fertility, growth and structure, carcase quality is still a key part of the selection process when selecting genetics.

The Hicks program draws on a huge gene pool as it is not locked into one specific breed - the best of the best genetics from multiple breeds can be drawn upon.

But it is not only the excellent cattle that have the Middletons coming back.

"We place huge value on having a good relationship with people, and a respect for what they do, and we have that with Tom Hicks," she said. "His knowledge of animals blows me away."

She said Mr Hicks knew the aims for their operation, and assisted them to choose the right bulls.

"He knows so much, and I am so interested in working with him. He's so valuable."

The story Focus on fertility and calm cattle is paying off first appeared on Farm Online.