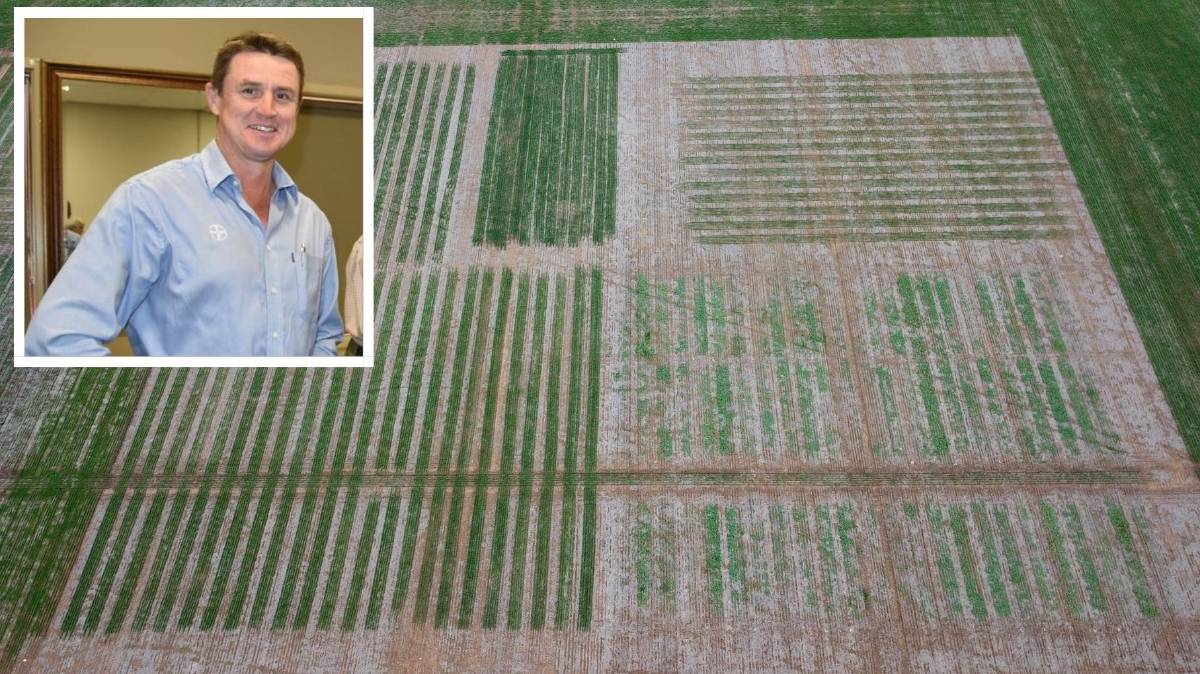 COLLABORATIVE trials involving Bayer are examining the weed control management strategies growers can adopt in a genetically-modified crop compared with a conventional system.

COLLABORATIVE trials involving Bayer are examining the weed control management strategies growers can adopt in a genetically-modified crop compared with a conventional system.

Bayer's SA Market Development agronomist Tim Murphy is in charge of a major trial site at Tarlee and said Bayer was involved in another seven GM trials across the state managed by farmer and agronomy groups.

The sites are located in a mix of high and low rainfall regions and are examining the company's two GM canola traits, TruFlex and Roundup Ready, and trialling various spray strategies to see how weed control is affected.

Both traits allow Roundup Ready PL to be sprayed over the top of the crop, but have different windows in which they can be used.

The Roundup Ready variety allows the application of spray from seeding until the crop's six-leaf stage, while TruFlex can be sprayed on from seeding all the way to the first flower.

Mr Murphy said staggered germination of canola crops this year meant he had received many queries about when to apply a first spray and he believed spraying early was the best approach.

"My advice is that it doesn't matter if your crop growth is staggered," he said.

"If you're growing a Roundup Ready - where you've got to stop spraying at the six-leaf stage - and this is the first flush, just get that spray on now.

"It is advantageous to get those weeds under control before they get big, and if you need to come back with another spray before that six-leaf stage, you can.

"When you've targeted younger ryegrass at the two-leaf stage you're getting good contact and you've actually been able to get that knockdown quite rapidly, therefore the plant's not competing for nutrients or moisture.

"When you spray a larger weed, naturally it's going to take longer to kill, so when you spray later, it does take a longer time to control and if you've got a suspected resistant population in there, there is that chance that when they're bigger there could be escapes."

Mr Murphy said the importance of spraying early to achieve good knockdown was evident at the Tarlee trial, where he had intentionally let weeds grow to examine the success of a later spraying program.

"The crop's growing slowly so we've had more germination than in an average year," he said.

"I'm expecting that where we've done a full, structured program - a pre-emergent followed by a couple of in-crop sprays - the crop should be clean and there'll be no weed competition.

"That 'just in time' management should result in a dirtier block and will likely result in a yield or price penalty."

"That mix gives a better kill because it's two modes of action and we've found that any weed - that's susceptible to be resistant to Clethodim or showing a level of resistance to glyphosate - is well controlled when you mix the two chemistries," he said.

"The feedback I get from growers is that where they've done that mix, they've been able to get good control and they're not seeing any damage on the crop."

While initial ryegrass and other weed control in GM canola crops has been promising, Mr Murphy wanted to emphasise the technology was not suited to everybody.

"It allows a grower to use a tool for when he has a problem block or has a rotational need for it," he said.

"If a grower has got a bad weed population that current rotations are struggling with - in a wheat year the block had to be cut for hay because the ryegrass was so bad - this gives another time when they can come in and get a crop clean, or reduce ryegrass seed set, so following crops have a lower number and are a cleaner crop.

"It's another useful tool for that management so you're not seeing late weed escapes in canola crops that add problems to your cereals the following year or bring in complications to your rotation."