After experiencing drought from 2017-19, the Jenke family made adjustments in their mixed farm east of Eudunda. 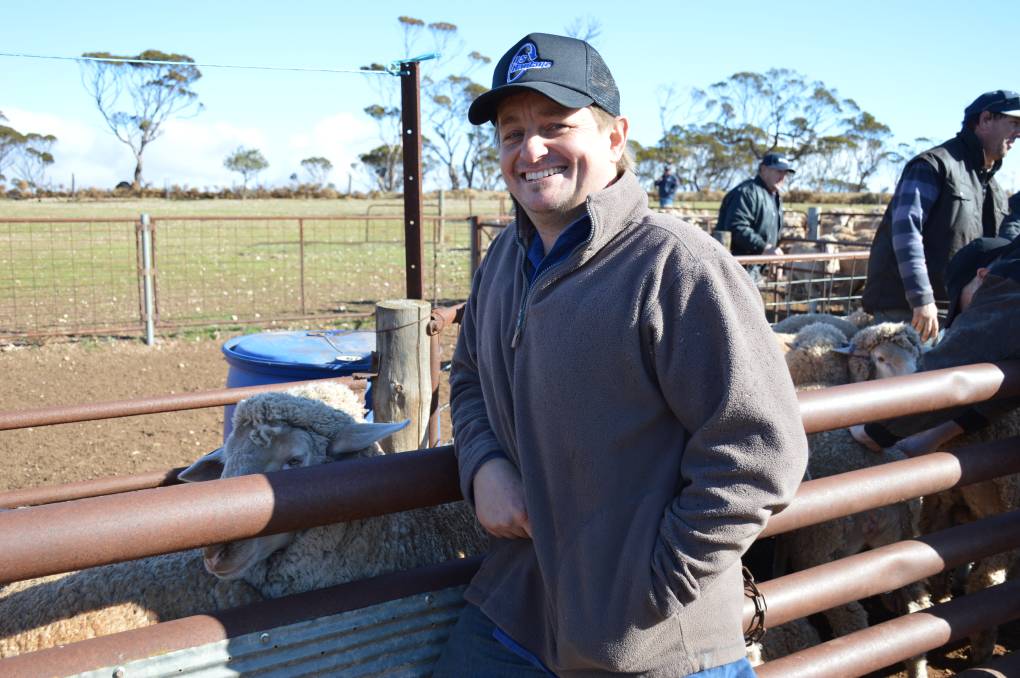 AFTER experiencing drought from 2017 to 2019, the Jenke family made adjustments in the way they ran their mixed farm east of Eudunda - changes that have since become permanent in their sheep and cropping operation.

"One thing my late Nanna said was 'always make hay'," he said.

"Some years we may not use very much, but then for other years like 2017-19 we exhausted all our supplies.

"The 2018 season was a complete write-off, we had to pay out our grain contract and then had to buy in a lot of feed - it was a very tough year. So we are continually trying to build up our hay reserves and retain more grain on-farm."

The Jenkes also maintained their relationship with agribusiness consultant Linda Eldredge, ensuring all options were explored and strategies developed to enhance their long-term profitability. This included initially having to destock about 60 per cent of their flock.

They have since rebuilt numbers up to about 1150 head, through buying Old Ashrose stud's 5.5-year-old ewes.

It is a change that has paid off, with the Jenke maiden ewes (still with lambs at-foot) cutting a skirted 7.2 kilograms of 20-micron to 21M wool in September, after no special treatment.

"Previously, we weren't anywhere close to that," he said.

"We have always been around that mark for micron, but the wool is nourished and we are cutting more per sheep.

"That's a huge step up in such a short period of time."

"We sold wethers two months ago to Thomas Foods International at $236, plus then you add the wool cheque," he said. "Merinos are certainly holding their own at the moment, when compared to our crossbreds."

With no feed in 2018, the Jenkes accepted offers from family to agist young breeding ewes on the Eyre Peninsula.

"After those dry years, we just got sick of watching the ground blow away, and have decided to just keep doing it over the summer, now at a Yorke Peninsula property," Mr Jenke said.

It [agistment] is a cost, but it is also less work than containment feeding. - DANIEL JENKE

"It is a cost, but it is also less work than containment feeding. Plus, they come home in a good condition."

Mr Jenke said they also split their lambing last year to take further pressure off of the country and animals.

"Previously, everything was lambing in March/April," he said.

"Not only was there a lot of pressure feeding at the one time of year, it clashed with seeding.

"We lease land in the hills near Eudunda and I would rather get the lambs on the ground before it gets too cold up there - so now we have our crossbreds drop there before seeding and our Merino lambs are dropping now."

All the crossbred lambs are sold in September, generally over-the-hooks, while all the Merino ewe lambs are kept and classed into either the self-replacing Merino flock or for prime lamb production.

The wethers are grown out and shorn before being sold, usually over-the-hooks.

THIS season is back on-track for the Jenke family, after a late start continues to be supported by ongoing rain.

Daniel Jenke said their first real "breaking rain" of about 20 millimetres came in early June. They have also had 67mm so far this month.

"We had mainly only dry-sown sheep feed before this year's break came.

"This year's crops will be a lot later, so we are going to need a good, mild spring to get it over the line.

"The past three months have been steady, and so far everything looks good, but there is still a long way to go."