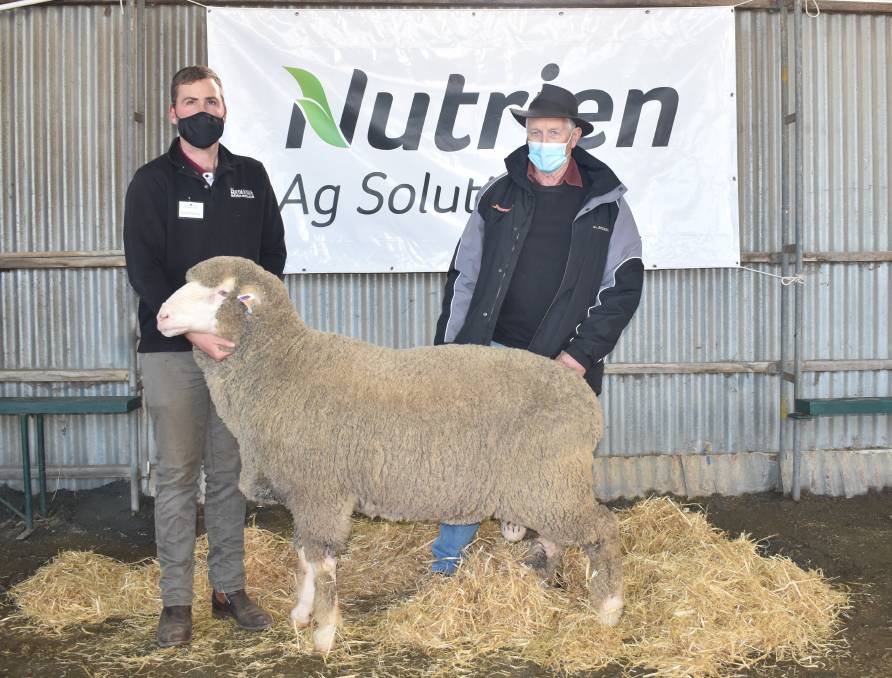 SOME initial concerns about what effect a COVID-enforced lockdown and onerous ram sale restrictions might have were quickly quashed at Brimanna Poll Merino's annual on-property auction on Monday near Yeelanna.

SOME initial concerns about what effect a COVID-enforced lockdown and onerous ram sale restrictions might have were quickly quashed at Brimanna Poll Merino's annual on-property auction on Monday near Yeelanna.

Despite being unable to offer the usual lunch and refreshments, and having attendees restricted, Brimanna principal Jayden Harris was extremely pleased to sell 92 of the 97 rams offered to a sale high of $8000 and a $2200 average.

"It was a great result under trying circumstances," Mr Harris said.

"We had very good support from our long term clients, as well as a few new ones.

"There was a lot smaller crowd than other years, but the people that were there were all buyers."

The sale high of $8000 was a $1000 lift on last year, with Len Kelsh, on behalf of Craig Kelsh, Venus Plains, Port Kenny, winning the bidding battle for an AI son of Collinsville Imperial 20.

The pick of the catalogue carried a 21.6 micron fleece, with a standard deviation of 3.2, 14.8 coefficient of variation and 99 per cent comfort factor.

The ram weighed in at 122 kilograms, had an eye muscle depth of 42 millimetres and 7mm fat depth.

The Kelsh family mate 4000 Merino ewes and also breed some of their own rams for personal use.

Len said the $8000 ram had first caught their eye at the Eyre Peninsula Stud Merino and Poll Merino Pre-Sale Expo at Wudinna, held in early July.

"I liked the look of him there and I thought I'd go down (to Brimanna) and have a go," he said.

"It's a large-framed ram with great width and depth in the body.

"Its structure and general features, like its feet, were very sound as well."

Mr Kelsh said they also selected the ram for its wool cutting figures, which were well above the average of the Brimanna sale team.

"The sale was held under heavy restrictions as far as attendees go but we still had close to the same number of registered buyers as last year so the genuine buyers were there and just a few less onlookers," he said.

"To have cleared nearly all of the rams and have a $156 rise in average price from last year was tremendous for the Harris family."