BOARDERS at SA schools have had anything but a calm start to term three, with the state's latest lockdown necessitating a return to online learning. 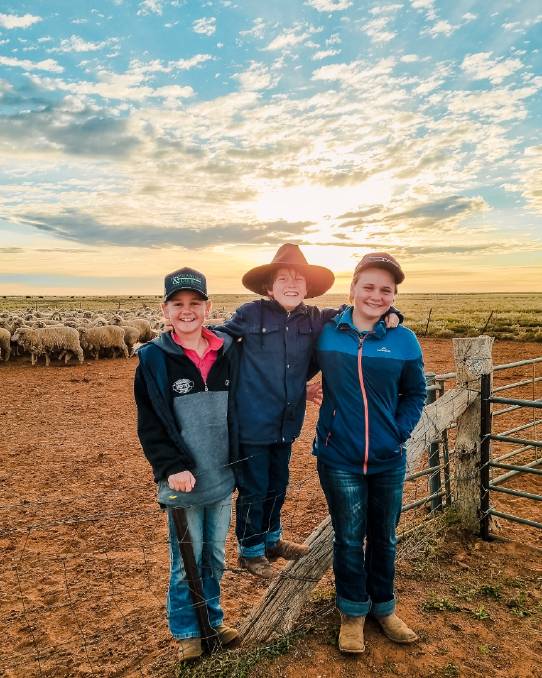 BOARDERS at SA schools have had anything but a calm start to term three, with the state's latest lockdown necessitating a return to online learning.

For staff and students at Westminster School at Marion, the past week has been even more chaotic, after a woman in her 20s who attended a teacher training day on Monday - and also provides counselling for boarders - tested positive to the Delta strain on Tuesday.

The woman is a part of the Modbury cluster and was also working at The Greek on Halifax on Saturday night, with SA Health gathering further information about the potential risks to others.

Among the families contacted to get tested and immediately quarantine for 14 days were White Cliffs station's Sophie Wakefield and her daughter Grace, who arrived in SA from NSW on Friday.

The family had already endured more than three weeks of back and forth with SA Health to get Grace back to Westminster in time for the beginning of term three on Monday.

The family arrived in SA on Friday night after finally receiving their border exemption on Thursday last week, but were then forced to make further arrangements when the state's snap seven-day lockdown was announced.

"We were put under so much stress trying to get Grace back to school in time and then when the lockdown was announced, I was not leaving her in the boarding house, so we chose to stay with my sister," Ms Wakefield said.

"But my sister and her husband are paramedics and essential workers, so they now have to quarantine for 14 days too - the flow-on effects from the difficulties has been relentless.

"I was very lucky it happened while I was still in Adelaide - the situation Grace would have been facing on her own at 14 years old is unacceptable and so many families were not given enough time to get their children.

"The buck has been passed between the SA Department of Education and SA Health, in terms of who's actually responsible for students who are jumping all types of hoops to get back to school from regional areas outside of SA."

Prior to Westminster School being listed as an exposure site, principal Simon Shepherd said staff were committed to doing everything possible to ensure boarders that could not return home during the lockdown were safe and supported onsite.

"We have a deep set of empathy for rural education challenges and the deprivation suffered by rural communities when it comes to accessing health and education.

"SA Health have been fantastic when assisting NSW and NT students trying to get back to school this week."

But despite some students gaining exemptions in time, other Westminster students were still caught in a border crossing crossfire, with a student from NSW now quarantining in a Marion hotel.

"He left his home town of Gol Gol, NSW, and went to Mildura, Vic, and then to Waikerie to take precautions against the escalating issues in NSW, but still ended up in quarantining," Mr Shepherd said. "He took so many progressive steps trying to do the right thing but ended up getting stuck anyway, which was not helpful."

NSW Isolated Children's Parents' Association councillor Bree Wakefield has called for a national framework to be formed for families with station students to ensure a smoother process.

"Stations are isolated places so they should be allowed to return to school without all of the issues," Ms Wakefield said.

Her son Angus arrived in SA on Friday to return to the Prince Alfred College boarding house after applying for a border exemption on June 23 and will now wait out lockdown at the school.

"I returned home from SA as soon as I had dropped Angus off, so there was no way I was going to be able to retrieve Angus once the lockdown was announced," she said.

"I would not have been able to get an exemption to re-enter SA anyway, so figured it was safer for him to remain at the boarding house."

The family encountered a raft of challenges and delays in ensuring Angus could return to school.

The recent outbreak in Mildura, the family's closest regional centre, meant Angus was staring down the barrel of a third isolation stint since April last year.

"We knew it was a risk letting Angus come home for the holidays, so he was not allowed to leave the station," Ms Wakefield said.

"The border crossing situation has become political and the mental health impact on isolated children is not OK."