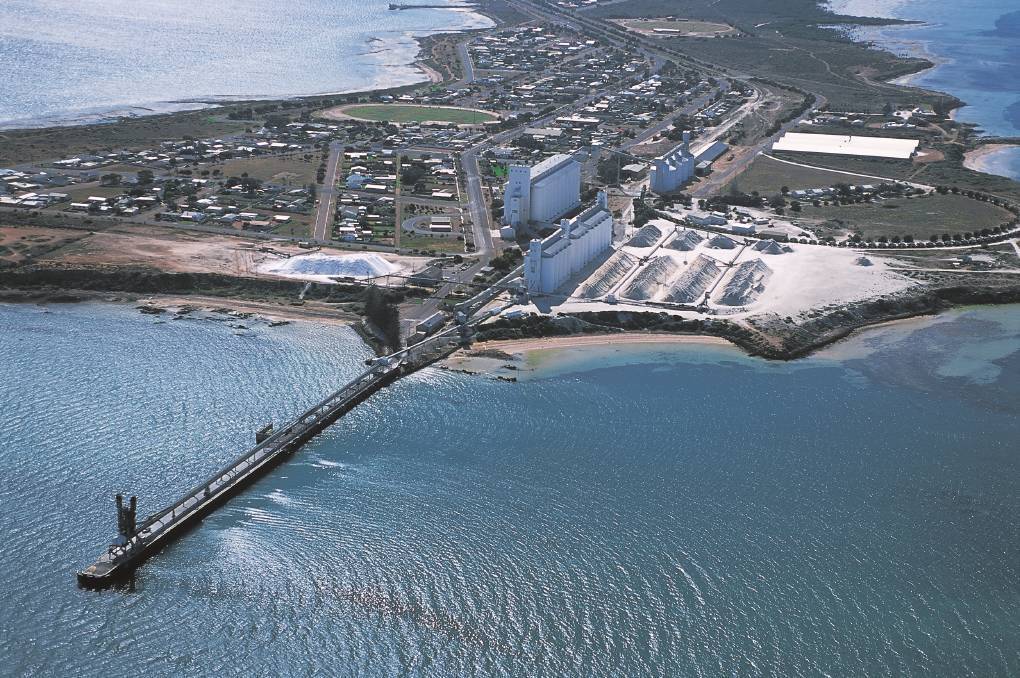 CEDU-NAH: Viterra's Thevenard port facility on the west coast of SA was one of two ports to be rejected for port access code exemptions.

The ACCC has denied Viterra's applications to have its Port Lincoln and Thevenard ports exempt from the port access code.

VITERRA will not receive port access code exemptions for its ports in western South Australia.

Both the Thevenard, near Ceduna, and the Port Lincoln facilities were deemed by the Australian Competition and Consumer Commission to not have sufficient competition to warrant an exemption.

This is in spite of planned expansion on the Eyre Peninsula from rival port operators.

It comes after a similar decision was found for Viterra's port operations at Port Giles and Wallaroo on the Yorke Peninsula.

In contrast, its ports in Adelaide at Outer and Inner Harbour did receive exemptions, with the ACCC ruling there was sufficient competition to warrant their exclusion from the code.

Viterra was unhappy with the decision.

"The move to not exempt Port Lincoln and Thevenard, along with Wallaroo and Port Giles previously, continues to create an imbalance with other South Australian port operators who are permitted to run without the burden of regulation," a Viterra spokesperson said.

"Granting fair and equal exemption at all our ports would have enabled us to provide South Australian growers and the industry with continued flexibility through our network and lower costs in getting their grain to market," they said.

The Port Terminal Access (Bulk Wheat) Code was implemented when the wheat single desk was wound up to ensure fair access to ports for all exporters.

The ACCC decision will mean Viterra will continue to be subject to the non-discrimination requirements of the code at the facilities it did not gain an exemption for, along with being required to providce access-related dispute resolution processes for exporters.

Viterra will also continue to require ACCC approval for any changes made to its capacity allocation systems, and must publish certain information about expected capacity and bulk grain stocks held at these port terminals.

"However, at this time we consider that the higher level of protections for exporters under the code is needed to ensure they can continue to gain fair and transparent access to Viterra's facilities."

Along with the Lucky Bay facility another port development is underway, with Portalis constructing a facility at Cape Hardy.

However, Mr Keogh said at this stage it was not in the industry's best interest to grant exemptions for the two Viterra ports.

"We believe that not exempting Port Lincoln and Thevenard will deliver the best outcomes for growers and the industry at this point in time," Mr Keogh said.

"We will continue to closely monitor competition as the market changes."