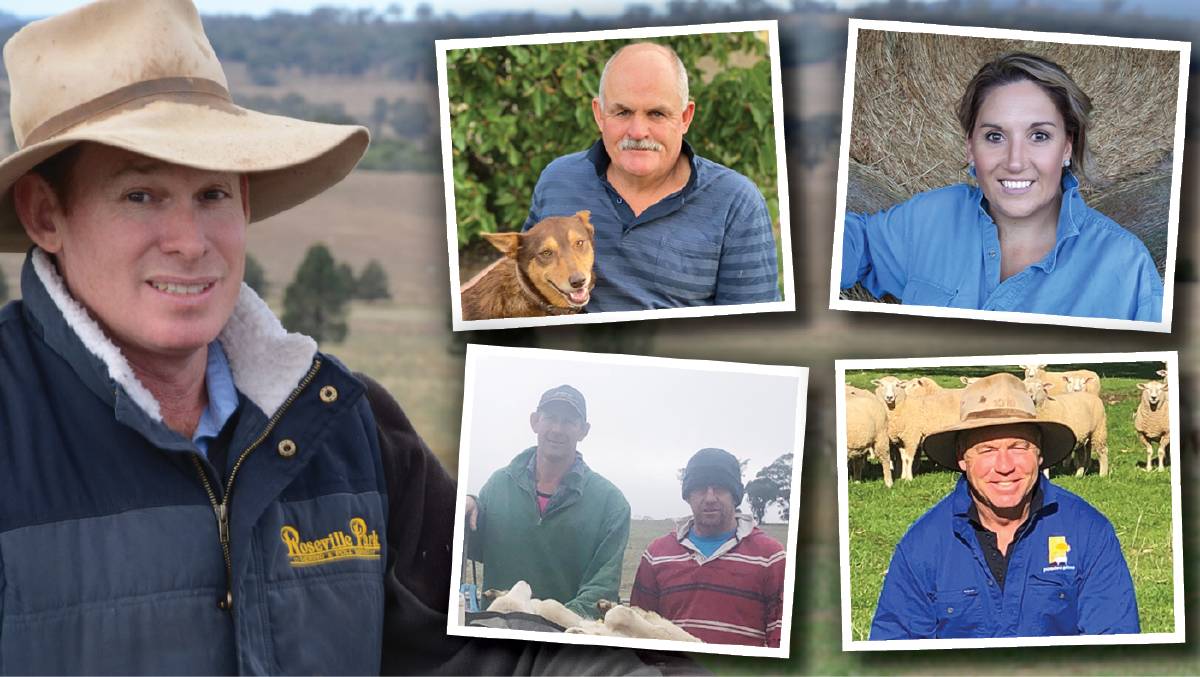 The winners include farmers from Victoria and NSW.

Winners of the second Lambition Awards have been revealed today with three Victorian farmers and two NSW sheep breeders claiming the prestigious awards.

Stock & Land acting editor Joely Mitchell said an impressive number of nominations from three states made it a tricky task for judges.

"We had a very high calibre of entries in our Lambition Awards this year, making the job of selecting winners in each category incredibly difficult," Ms Mitchell said.

The Hausler brothers who run Janmac Poll Dorset and White Suffolk stud were credited for using on-farm data to demonstrate the superiority of their lamb carcases.

The West Wimmera brothers said their intensive mixed-farming operation all boils down to common sense strategies which are proven and work year after year.

Their stud operation is combined with a cropping and pasture renovation program plus a self-replacing Merino flock.

The Boehringer Industry Innovator,Tim Leeming, who runs Precision Lambing was noted as the "strongest submission" for the award which recognised achievements of an individual that has the potential to improve the Australian sheep industry in a game-changing way."

"Tim has the ability to inspire others to adopt his management processes," Boehringer brand manager Jon Meggison said.

"For me the strongest submission was from Tim Leeming and his development of the precision lambing system.

"In terms of impact on the industry, this innovation goes beyond the economic benefits to provide a solution to social and environmental issues in the industry.

"I believe that with the sheep population at a historical low, restocker and sheepmeat prices at record high levels and many producers looking to rebuild flocks after the recent drought, in the current environment lamb survival will likely have the largest impact on the industry."

Jennifer Medway was named the second inaugural Marcus Oldham Flock Leader, which recognises industry contributions from a professional in a position or field related to the sheepmeat and/or wool supply chain.

The fifth-generation farmer runs the property with her husband and parents, which includes about 17,000 sheep.

As well as being involved in the day-to-day operation of the farm, she has also held a range of roles, including senior manager of Rural Futures at AgriFutures Australia and a board member for MerinoLink.

She said wearing different hats always appealed to her and was an effective way to bring about change.

Wimmera farmer Graeme Maher was named the Elanco Sustainable Producer of the Year, recognised for his ongoing commitment and passion to run a sustainable farming operation.

"We are very pleased to recognise the work Graeme and his family have put into making sustainability a big part of their mixed enterprise," Elanco technical services director Rick White said.

As a fifth-generation farmer, Mr Maher said sustainability was more than a buzz word - it's a philosophy that encompasses all aspects of his farming operation.

Allflex Woolgrower of the Year - The Coddington family

Meanwhile, the Coddington family, Roseville Park Merinos, was named the Allflex Woolgrower of the Year.

"I was particularly impressed with the significant progress the Coddingtons have made in improving the quality and quantity of the fleece they grow by employing cutting edge breeding technology," Allfex Australia business unit lead Jane Parker said.

"The Coddingtons have excelled in utilising data to drive better performance to hit profitable wool specifications.

"Allflex is all about innovation and improving outcomes in Australian farming enterprises too, so our company is proud to support these efforts and those who are committed to improving our industry's productivity overall."

Ms Mitchell congratulated the five winners from NSW and Victoria.

"Keep up the great work on farm, the industry is lucky to have you," she said.

The story Winners of the 2021 Lambition Awards announced first appeared on Stock & Land.