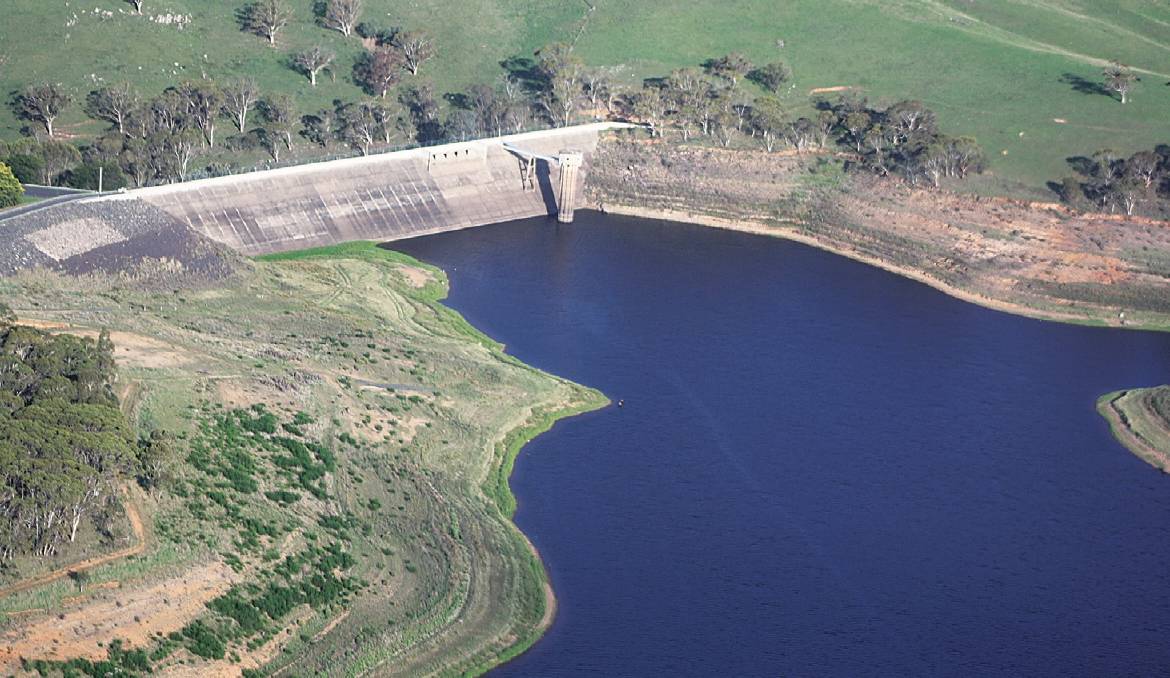 BAFFLED: Why does Australia continue to invest only limited resources in ensuring water security, delivery and utility infrastructure?

Margaret Thatcher once said "the problem with socialism is you eventually run out of other people's money".

Given our federal government has just racked-up almost $1 trillion dollars worth of debt, and the Queensland Labor government is dealing with a $130 billion debt-bomb, perhaps Thatcher's quote should be changed from "socialism" to just "government".

My issue is not with the amounts being spent, but the areas that are receiving the funding.

It is important that our health, education, aged care, disability and social security networks are well funded and properly run.

But we must also focus on investing in projects that are going to pay enough in taxes to fund - and sustain - all the services we enjoy.

It is also important that our roads, railways, ports, telecommunications and social infrastructure are adequately funded to ensure our society maintains its high standard of living and social cohesion.

It often baffles me that, in Australia - which is the driest continent on the planet behind Antarctica - we continue to invest limited resources in our water security, delivery and utility infrastructure.

The Council of Australian Governments (COAGs) National Water Initiative (NWI) was developed and implemented in 1994 by the Keating government, and promoted new water storage and delivery systems.

It was designed so water would be allocated and used to achieve socially and economically-beneficial outcomes in an environmentally sustainable manner.

But the NWI also requires that all water storage projects be developed only if they are "fully cost recoverable".

This means dams or water storages can only be built if they can demonstrate that the water stored and sold from that infrastructure fully pays for itself.

The issue with this threshold is that the value of water infrastructure is measured solely by water sales.

There is no recognition or value put on what that water can grow or produce, the jobs that are generated or the flow-on benefits of the income generated from water being spent in the community. .

So, the value of the dam is limited to $100 million - less the operating costs associated with maintaining the dam.

But that megalitre of water, when used to irrigate a a high value crop - such as avocados - can yield a gross margin of between $5000 and $10,000 per megalitre applied.

That farm might also employ 20 people to help grow and manage the crop and 100 people to pick and pack the avocados.

Those people's wages and value are then spent in regional towns, which supports the entire economy.

Also, the farmer might employ: a local refrigerated transport company to freight the avocados; a local tractor company to buy equipment; and a local mechanic to service that equipment. The examples are endless.

But none of that value is possible without the investment in water infrastructure, and the farmer's investment to grow the crop in the first place.

Valuing the water purely at the tap, and ignoring the value it produces at the end of the hose makes no sense.

If similar social infrastructure was assessed on the same basis, there would be no roads, railways, ports, schools, hospitals, sporting stadiums or swimming pools.

Forcing an economy-building asset to be fully "cost recoverable", while other forms of social infrastructure are valued purely on the votes they can harvest, is fraught with danger.

A case in point is the Nathan Dam, situated on the Dawson River.

It has had all of its environmental, state and federal approvals since 2017. Yet, not a sod of dirt has been turned, or a megalitre of water stored.

Major cities, such as Toowoomba, are predicted to run out of water by 2035 - and towns such as Cliffton and Stanthorpe were trucking water in last year.

The Nathan Dam project envisages a pipeline to be constructed from Taroom to Warra, which would be used by agricultural, resource and industrial industries.

It would be better to extend the pipeline to Cliffton, Toomwoomba and Stanthorpe, and future-proof the entire region.

Governments have said this is too expensive, and the project is not fully cost recoverable.

So, we have a situation where our state government can spend $14 billion on the Cross River Rail project, which is a 10 kilometre inner city railway line estimated to have limited economic benefit for anyone, but can't construct a dam and build a pipeline to drought and future-proof one of the most prosperous regions in Australia.

All because it doesn't meet COAG guidelines. These guidelines do not apply to the Cross River Rail project.

At the same time, the Paradise Dam, in Bundaberg, is at 20 per cent of its original capacity - and farmers are facing record water shortages. Announced allocations are as low as 22pc for this water year.

There is yet to be a commitment or announcement by either the federal government or state government to restore the dam and water security to a farming region that provides 25pc of Australia's fresh produce, and contributes billions of dollars into our local, state and national economies.

Environmental groups have been quick to use the COAG guidelines to their advantage.

Those opposed to new infrastructure have been known to "report" a state government to the National Competition Council for breaching COAG guidelines.

Did the Keating government envisage its "innovative" new water policies would become a battering ram for the environmental lobby to stop or stall regional development projects for the next 30 years?

We need to get our priorities right and invest in the critical infrastructure and industries that underpin our economy, and our futures.

Putting a "full cost recovery" burden on our most essential resource of water makes little economic, social or environmental sense.

And we will pay for it in the future, unless we place higher value on water today.

- Tom Marland is an agribusiness lawyer based in Bundaberg, Queensland. He is also the author of the blog, Food for Thought, Thought for Food.