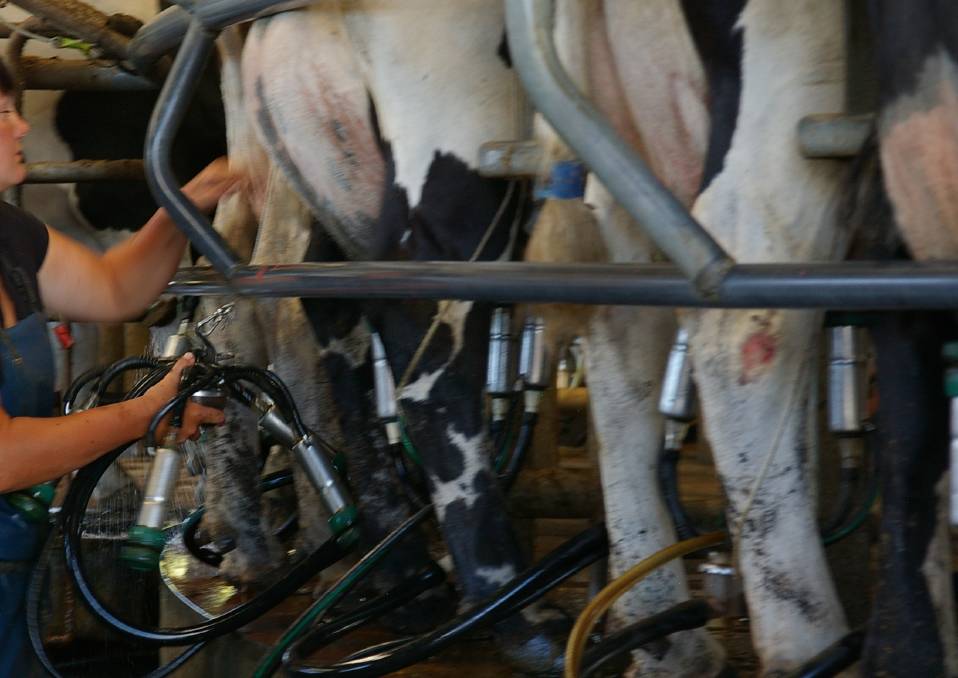 Another food-tech company wants to mimic farm production with their work in the laboratory. Picture: Agriculture Victoria.

Dairy cows and even nursing mothers are to be made redundant under an Israeli company's plans to produce "milk" in their laboratory.

Dairy cows and nursing mothers are to be made redundant under an Israeli company's plans to produce "milk" in their laboratory.

Fake cow's milk and breast milk will soon be trundling off the factory floor and a key investor has signed up in support.

Biomilk is the latest to offer a science-based replacement for farm production, just as companies are developing lab-based products to mimic beef, fish and chicken.

The startup company received a boost in the past week with a $2 million pledge from Coca-Cola Israel, called the Central Bottling Company.

Israel has emerged as a global force in the cultured food revolution.

Biomilk was founded in 2018 by Dr Nurit Argov-Argaman and Maggie Levy from the Hebrew University of Jerusalem and has since been publicly listed on the Tel Aviv Stock Exchange.

The company aims to develop cultured cow milk from mammary cells in the laboratory.

It says it wants to "end the suffering of dairy cows" and save the energy consumed by dairy farming.

Its cultured milk aims to "approximate the composition of commercial cow milk, free of synthetic or plant additives, and with a lower hormones and antibiotics content than that of the traditional product".

The company also says it is in the process of producing a lab-made replica for breast milk, which includes the production of complex carbohydrates found in human milk which support the development of the immune system.

Another of its aims is to use the "milk" it produces to make cheeses, yoghurts and other dairy products.

Under the agreement with the Central Bottling Company, Biomilk would eventually transfer its products to CBC's Tara Dairy for a pilot commercial production.

Meanwhile, a decision made last month by the US Food and Drug Administration on what is and isn't yogurt is expected to have wider ramifications for the truth in labelling debate.

"Allowing fat from nondairy ingredients to count towards the minimum fat level deviates from the basic nature and essential characteristics of yogurt as other types of nondairy fats or oils could contribute to variances in the taste, texture, color, or aroma of yogurt," the decision reads in part.

"Any food that purports to be or is represented as yogurt, must conform to the definition standard of identity for yogurt," the FDA says.

The decision is seen as an important lead in to the FDA's review of the labelling of plant-based milk alternatives due in a year's time.

The story Milk under the microscope - yet more plans for laboratories to replace farm animals first appeared on Farm Online.