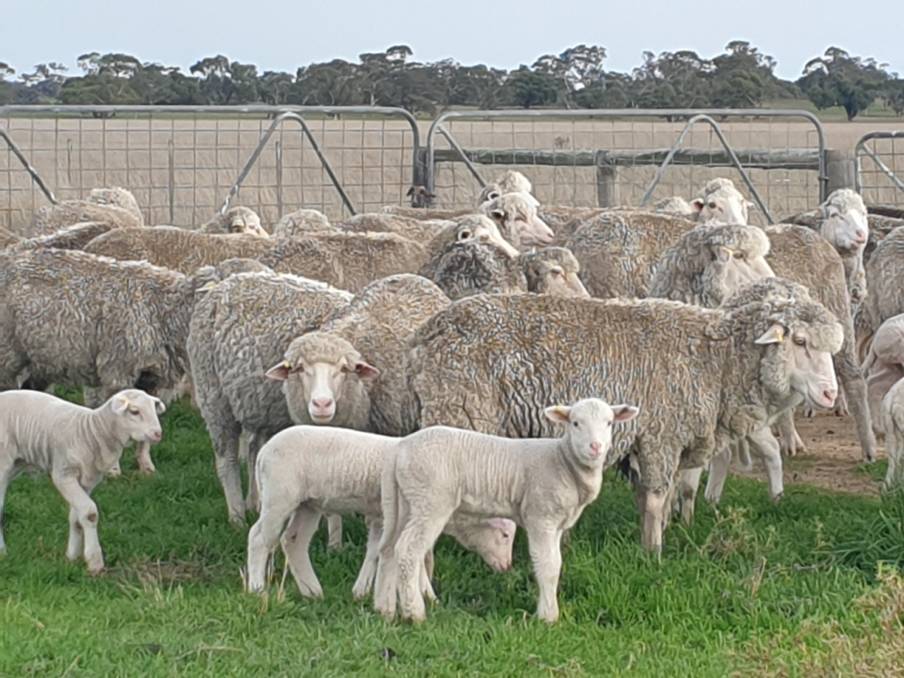 EATING quality has been an area of focus for the Australian White Suffolk Association for many years, but the breed society has stepped it up this year, by setting up a satellite flock which will help improve the accuracy of genomic predictions for a range of traits which contribute to eating quality.

The lamb industry has used genomics technology to predict hard-to-measure traits for some time, and those predictions depend on how closely a candidate animal is related to animals that have had both phenotypic (actual carcase measurements on lambs) and genomic information collected.

Apart from a few small trials such as the Superwhites group trial in 2017-18, the major source of phenotypic information with regard to eating quality traits and related genomic testing, has been the former Sheep CRC Information Nucleus Flock, which has become the MLA Resource Flock.

Since that flock began a number of White Suffolk sires have been progeny tested for numerous traits, including eating quality, with the flock relying on the nomination of sires by breeders, which has limited the footprint of the genomic and phenotypic relationship across the White Suffolk breed.

The goal of the society's latest project, hosted by Anthony Hurst at Seriston stud in South Australia, is to broaden the footprint of phenotypic and genomic information within the breed, by using sires that don't currently have a close relationship with the MLA Resource Flock.

"The point of the project is to increase the number of animals within the breed that are related to sires in the satellite flock that have actually had lambs slaughtered and measured and tested for eating quality traits," project manager and stud breeder Debbie Milne said.

"Therefore, when breeders do genomic tests on animals in their own flocks, they will get much more accurate ASBVs for eating quality, the closer the relationship is to sires used in the resource and satellite flocks.

"This then gives White Suffolk breeders who do genomic tests a much more accurate picture of the eating quality traits of their animals and enables faster genetic gain through the ability to select with confidence for these traits."

Lambing began in June and they were marked in early July, along with genomic testing.

The lambs will be weighed at weaning and weighed and scanned at early post-weaning.

After processing in October or November, the meat science team from the University of New England will then conduct a range of eating quality tests on the carcases.

"All this information goes to Sheep Genetics and the results will be reported as ASBVs for the sires," Mrs Milne said.

"When all the meat science and eating quality test results on the carcases have been sent to Sheep Genetics and ASBVs are reported, an analysis of the data will be done including the change in the accuracies for eating quality traits of the sires in the project as a result of this project, and this analysis will be reported to all members."

Association president Andrew Heinrich said the current project had the potential to increase genetic gain by improving the accuracy of traits that have been important considerations for breeders for many years.

"The White Suffolk breed is known for its eating quality and we want to improve that even more and be leaders in these traits, by backing it up with science," Mr Heinrich said.

Eating quality is only going to become more important, as producers will be paid based on overall carcase quality in the future, rather than just yield.

Gundagai Meat Processors in southern NSW recently launched a world-first lamb grid paying producers on yield, weight and marbling, with a premium of 50 cents a kilogram for carcases with intramuscular fat of five per cent or more.

"As more processors are able to measure IMF at chain speed and report on individual carcases to commercial producers, the demand for lambs by sires that have excellent eating quality can only grow," Mrs Milne said.

"This project ensures that White Suffolk stud breeders have the ability to select with confidence those rams with superior eating quality traits, and it will ensure that White Suffolks are the breed of choice for innovative commercial producers."