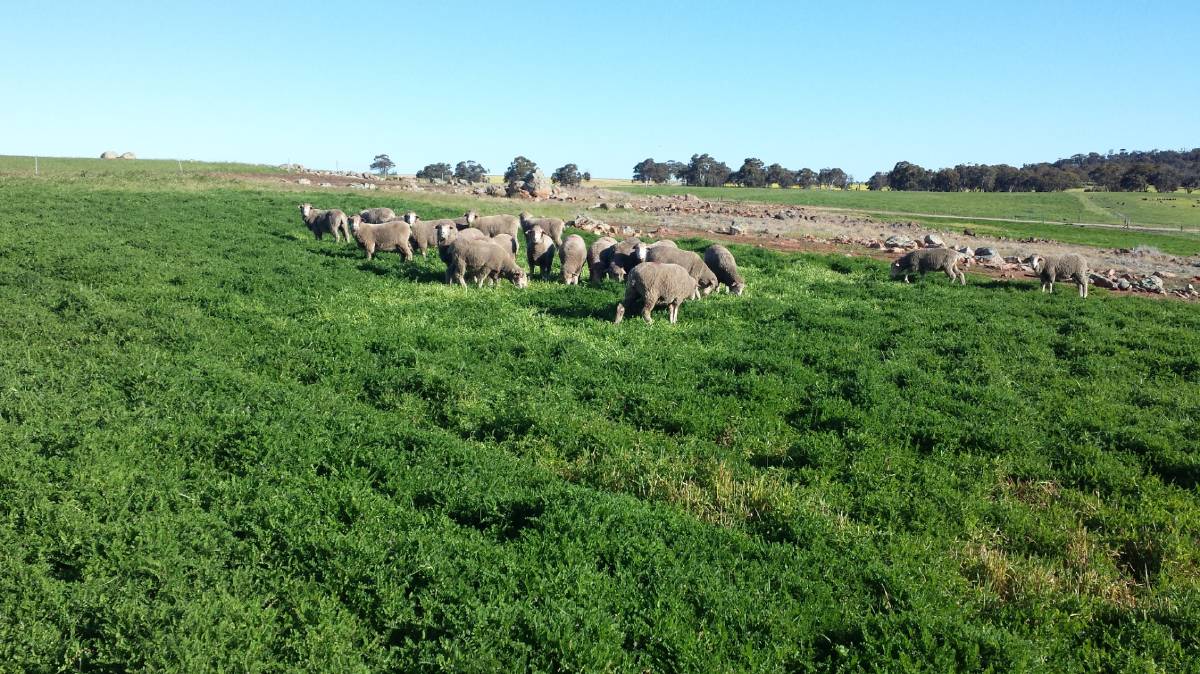 A Western Australian research project is looking at the benefits of legume pasture systems in sheep production.

Researchers are delving into how legume pasture systems can improve sheep production and are looking for more producers to get involved in the project.

Researchers are delving into how legume pasture systems can improve sheep production and are looking for more producers to get involved in the project.

The Western Australian-based research is being carried out by researchers from Murdoch University, CSIRO and the WA Department of Primary Industries in conjunction from grower groups and aims to measure the performance of lambs and ewes grazing pastures such as serradella, biserulla and vetch.

The project is supported by funding from the federal Department of Agriculture and Water Resources the Grains Research and Development Corporation, Meat & Livestock Australia and Australian Wool Innovation.

The sheep production component is a relatively small part of a national research program looking at dryland legume pasture systems.

The work involves using demonstration sites on farms to look at how lamb growth rates in late spring and early summer and ewe reproductive rates stack up in mobs grazing these pasture legumes as compared to those on other pastures or stubbles.

Murdoch University Associate Professor of Animal Science Andrew Thompson said they were aiming to gather data on the potential ability of serradella, biserulla and vetch to improve lamb growth rates and reproductive performance.

"It's simple, farm-scale paired paddock comparisons where farmers would compare the growth rates of their lambs after weaning on one of these newer pastures as versus on a more traditional subclover pasture or whatever other feed they may have," he said.

"It would run for typically four to eight weeks and the sheep would be weighed several times over that period to get some handle on lamb growth rates.

"What we have seen to date at a couple of sites is that seradella has done quite well.

"One of the advantages of serradella or biserulla is they might grow a little bit longer at the end of a seaon so extend the period of higher quality feed to get higher growth rates late in spring."

So far three sites investigating the impact of lamb growth when grazing medic, sub-clover, biserulla, serradella or lupin stubbles have been completed across WA at Northampton, Brookton and Mingenew while one site has looked at ewe reproductive rates.

"We just don't have the number of sites yet to make really robust claims about what these pastures might offer," he said.

"Many farmers are already convinced of the value of these pastures to their farming system especially from a cropping point of view, so hopefully the data on sheep performance will also help others make decisions to try these pastures."

The project has been running since 2019 and is expected to finish in early 2022.