Lambition finalist has refined his operation to shear every six months. 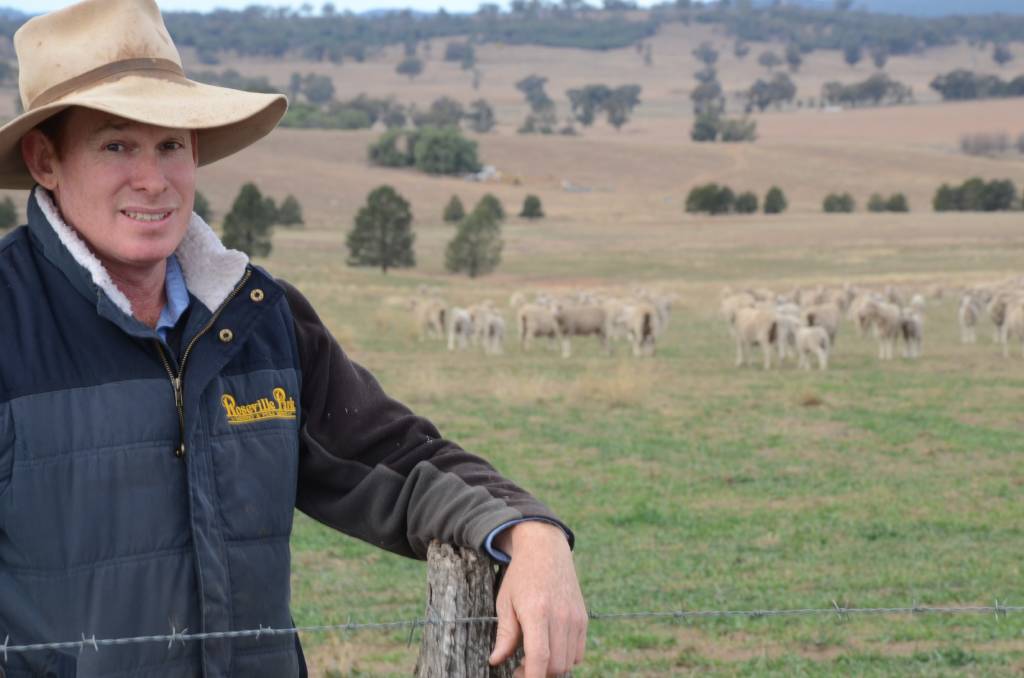 Fifth-generation woolgrower and Merino stud breeder Matthew Coddington's main objective is to shear every six months, something the Roseville Park Merinos stud principal has done since 2015/16.

Located 35 kilometres south of Dubbo, NSW, Mr Coddington owns and manages 3200 hectares which runs 8000 Merinos, markets up to 1000 rams for sale annually and trades about 1200 cattle a year.

The father of five and husband to Cherie has been shortlisted for the Allflex Woolgrower of the Year.

The couple were named NSW Farmers of the Year in 2013 and have a long list of accolades, having won several supreme exhibits at annual shows.

"We must be able to grow a fleece that grows 10 millimetres in length per month at a minimum," Mr Coddington said.

"We use sheep breeding values, genomics and DNA technology, coupled with artificial breeding techniques to fast-track our breeding objectives.

"We fleece weigh and micron test for staple length and staple strength our one and two-year-old sheep."

He said the top 20 performers were then placed into an embryo transfer program to produce the operation's leading progeny.

"Two long-term clients have won the Nanshan award for the best performing wool in the world," he said.

"It is an award that is scored on commercial processing qualities and our client got a perfect score in 2019."

According to Mr Coddington, the new demographic of wool consumers were mainly young professionals aged 30-55-years-old.

"They want to buy trendy brands [and] they want a product that is environmentally ethical," he said.

"Once we understand this demographic, we become more aware of how important the quality traits of our unique fibre becomes and again we need to be producing as much quality wool for the global market as possible."

Roseville Park has also had a significant number of its clients in Elders' Clip of the Sale awards.

"These awards have been dominated by Roseville Park clients in the last three years," he said.

"Clips are assessed on the factors that make them stand out to the buying trade and the clarity of the accompanying paper work to allow for the free flow of wool through the store."