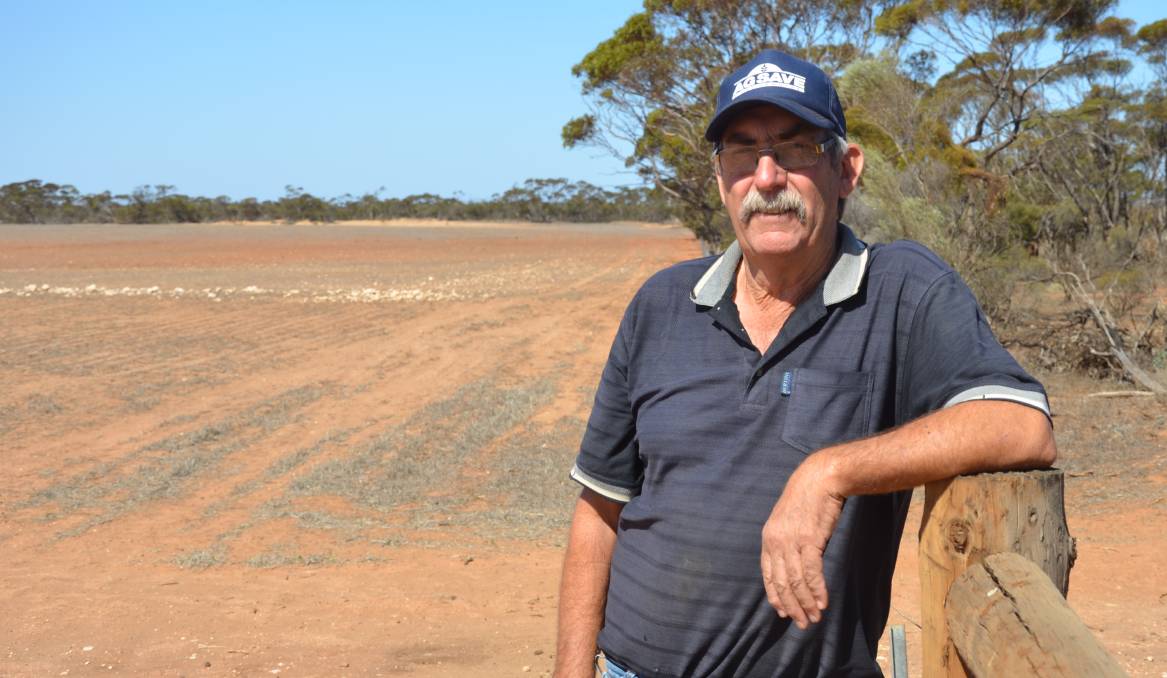 MOVING FORWARD: Jeff Baldock, Napandee, Kimba, is happy with the amended nuclear bill allowing a judicial review of the chosen site, but hopes progress is not drastically halted.

The decision to build a National Radioactive Waste Management Facility in Kimba has divided the town ever since the idea's inception more than six years ago.

The decision to build a National Radioactive Waste Management Facility in Kimba has divided the town ever since the idea's inception more than six years ago.

But recent amendments to the relevant Bill have been viewed favourably by many in the Kimba community, regardless of their stance on the project.

On Monday last week, the federal government backed down on a key detail of the National Radioactive Waste Management Amendment (Site Selection, Community Fund and Other Measures) Bill 2020, regarding a definite site location.

Originally, the Bill had the chosen site listed as Napandee - a farm 20 kilometres west of Kimba - but Labor had refused to back the Bill on the premise that definitively confirming the site in legislation would prevent the possibility of a future legal challenge.

Labor was also concerned that the traditional owners of the land, the Barngarla people, had not been adequately consulted regarding the decision.

Under the amended Bill - which after months of gridlock, has finally been agreed on by Liberal and and Labor - there are three sites listed as potential locations for the waste facility, being Napandee, fellow Kimba farm Lyndhurst, and Wallerberdina near Hawker, with alternative sites other than those three still able to be considered.

Also in the amended Bill, which passed the Senate by 43 to 13 votes, is a detail listing the opportunity for a judicial review of the location if there is a dispute over the site location, upon a definitive announcement by federal Resources Minister Keith Pitt.

"I expect an announcement on an 'intention to declare' a site for the new facility within the next couple of months," Mr Pitt said.

Mr Pitt said Wallerberdina was unlikely to be the chosen site, with the surrounding community having previously not supported the idea to build the facility in the area.

"The government has not changed its position - it will not impose a facility on an unwilling local community," he said.

"As the responsible Minister, the level of community support will weigh heavily into my consideration when considering where to declare a site for a facility."

"We said we would not support passage of this legislation unless the Traditional Owners were comfortable with it," she said.

The amended Bill has given us hope going forward. - JASON BILNEY

"The Barngarla people support the amendments and are confident the revised Bill provides the legal recourse they need to ensure their voices are heard.

"The amendments allow for a judicial review, while acknowledging the work that has already been done in shortlisting three sites for the facility."

Barngarla Aboriginal Determination Corporation chairman Jason Bilney is against the facility being built in Kimba, and said it had been a "long fight" for the Barngarla people, and the farming community, to get to this point.

"The amended Bill has given us hope going forward," he said.

"This decision is not just about our rights as indigenous people, and as traditional owners around Kimba, but it's everyone's right to a judicial review, because it's only right to be able to question the government's process about what they've gone through as to where to put the dump," he said.

Mr Bilney confirmed the BADC would proceed with a judicial review if Kimba was chosen as the site.

"Once you don't have the consent from Traditional Owners, you shouldn't proceed," he said.

No Radioactive Waste on Agricultural Land in Kimba or SA president Peter Woolford said the amended Bill was a step in the right direction in terms of fairness.

"We hope that a judicial review could stop the facility being built in Kimba. If not, you have to take it on the chin, but at least you know an independent person is the one making a judgement on it, not a politician," he said.

I don't have any issue with a judicial review, as long as it isn't open for people to challenge the decision solely for the sake of delaying it. - JEFF BALDOCK

"I know a lot of people would have liked to have seen a fairer process from the start, but this is the next best thing - people will now have the right to challenge the decision, and they won't be told it will be here, without everyone having a say."

Kimba mayor Dean Johnson said the amended Bill had installed a sense of relief in the community, following months of government gridlock.

"We have been stuck in no man's land for a considerable period of time, and no matter the result or which side of the argument you sit on, there is relief that there has finally been some progress," he said.

"Both sides are happy we're moving forward, we aren't going to agree on everything, but I'm proud of how the community has been so respectful throughout this process, and I know that will continue."

Napandee's Jeff Baldock was also happy with the amended Bill, but hoped the changes would not halt proceedings for any lengthy duration.

"We've been back and forth with this decision for more than six years now, so the sooner things can get going the better," he said.

"We've learnt not to expect anything to rush through with the government, but hopefully in a month's time there will be some announcements made.

"I don't have any issue with a judicial review, as long as it isn't open for people to challenge the decision solely for the sake of delaying it, rather than any real reason."

Mr Baldock remained adamant that more job opportunities in the area were vital in order to attract extra people to the area, with a nuclear waste facility potentially a key player towards increasing the population.

"If we want to keep the services we've got, or improve them, we need to increase our population, and the only way we can do that is by having new industries," he said.