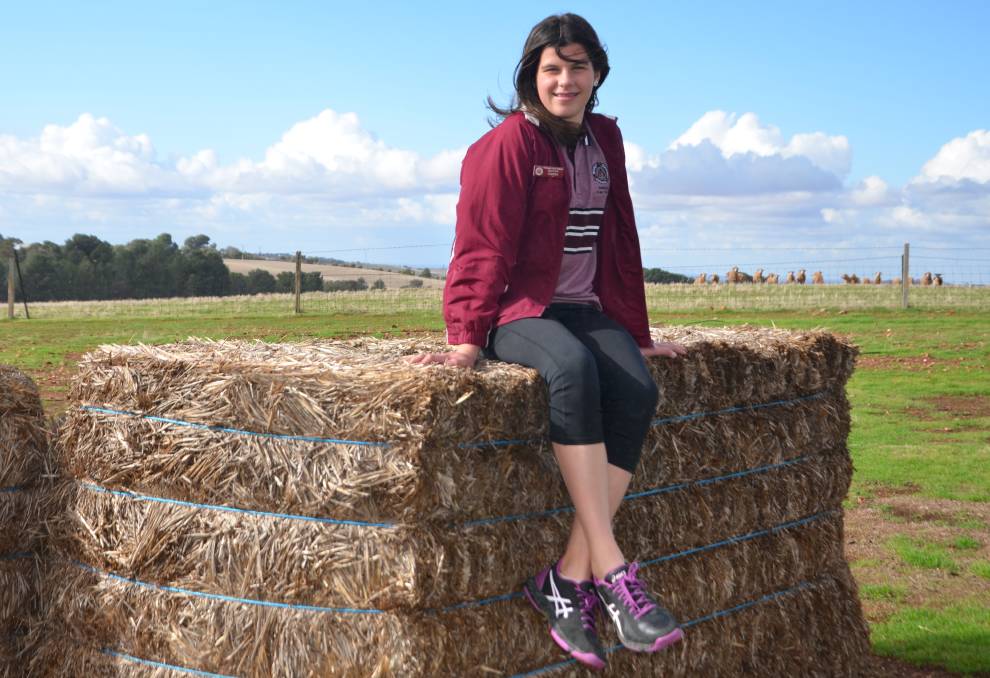 THE first farmer to receive a hot meal in the paddock from the 'Feed the Farmer' project during seeding was Robertstown cropper Dale Button, who was more than happy with his "ripper" meal.

THE first farmer to receive a hot meal in the paddock from the 'Feed the Farmer' project during seeding was Robertstown cropper Dale Button, who was more than happy with his "ripper" meal.

Dale found out about Eudunda Area School's Matilda O'Brien's project on Facebook and signed up.

"I was really keen to get on board and help out," he said.

A hot pack delivered while hard at work in the tractor, far surpassed a day-old toasted sandwich, Dale said.

Plus when he received his hot pack from Matilda, he was still some 35 minutes from home.

"By dinner, there is generally not a lot left in the lunchbox, so it was such a great initiative," he said.

"It saved my partner and my mum a job too, gave them a night off."

MID North farmers enjoyed a special dinner delivery in the tractor this year, thanks to a local student who wanted to give families a break from late-night drives to the paddock.

As a part of the Duke of Edinburgh Award that fosters community engagement for young people, Eudunda Area School student Matilda O'Brien embarked on a project to make sure farmers were well fed during seeding.

Matilda comes from a family farm at Robertstown and, after watching her mum deliver countless meals to her dad during harvest last year, the 13-year-old decided to make plans for an initiative to support the local farming community.

'Feed the Farmer' was born, but Matilda's idea came a bit late during harvest and she decided to wait for this year's seeding period.

"Dad says it is important to be well fed to keep his energy up during the busy periods and I came up with the meals based on what dad likes to eat," she said.

"The food also needed to be easy to eat in the tractor."

For two weeks, local farmers signed up for a meal delivery and paid $10 to get a hot pack delivered to the paddock.

In the first week, on the menu was curried sausages and mashed potato and in the second week, farmers could order shepherds pie and roasted vegetables.

Matilda's mother Vanessa posted the initiative on Facebook and within five minutes, orders were already arriving.

Matilda's family helped her to cook and deliver the meals, with her grandmother even warming blankets on a heater to wrap around boxes while on the road to keep meals warm.

"We had to borrow pots and slow cookers to be able to keep up and cook all of the meals at the same time," Matilda said.

"The furthest we delivered was Marrabel. We did get an order from NSW, which obviously we could not do."

Across two weeks in May, 46 meals were sold.

Matilda wanted to run the project for longer, but her support team had other engagements.

"I will get it up and running when farmers start to cut hay at the end of the year - and I will try and do it for longer," she said.

Vanessa helped the project to run smoothly and said it was "incredible" to watch her daughter's confidence grow.

"It was entirely Matilda's idea - she planned it all and really followed through with it," she said.

"She saw a small need to help the local community and it went gangbusters.

"She would have loved to deliver meals for a few more weeks, but we could not because of other commitments."

Vanessa said local feedback was "unbelievable", with messages coming from everywhere to say thank you.