Broadleaf weeds are becoming increasing problems for lentil producers due to herbicide resistance. 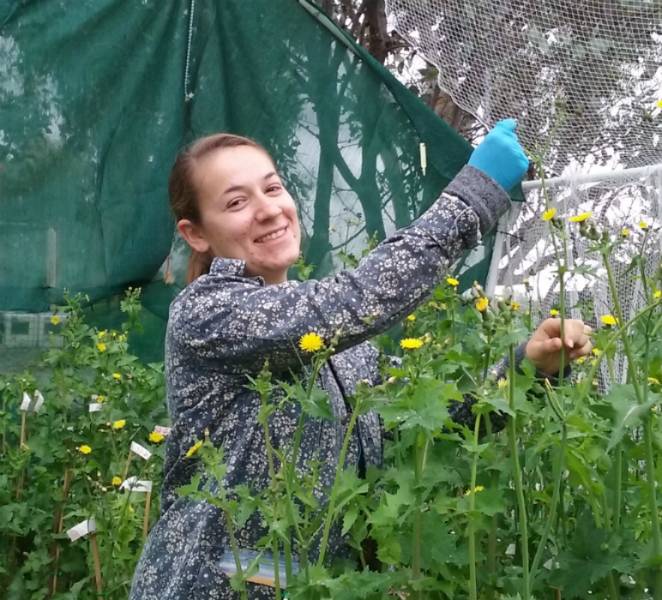 University of Adelaide researcher Alicia Merriam has found large amounts of prickly lettuce and sowthistle resistance to group B herbicides in South Australia.

LENTIL varieties tolerant of imi / group B herbicides have been a boon for growers in recent years, but researchers are warning of growing weed resistance to these type of products in key lentil growing regions.

Following in the footsteps of pioneer imi tolerant lines such as PBA Hurricane, the lentil cultivar PBA Kelpie has recently been released.

However, a University of Adelaide researcher has said growers need to be conscious of rotating their herbicides and not relying too heavily on the imi group for control.

PhD candidate, Alicia Merriam, says resistance to the imi herbicides and other Group B chemistry, particularly the sulfonylureas (SU), is making control of some broadleaf weeds very difficult.

With Clearfield / imi tolerant lines available for wheat, barley, canola, lentils and now faba beans, there is the risk that farmers can overplay their hand with Group B herbicides, leading to the potential of weed resistance.

Speaking as part of the Weed Smart program, Ms Merriam said while imi-tolerant varieties were popular and had allowed better in-crop weed control in a crop type where options were previously limited, broadleaf weed resistance in particular was becoming more widespread

Screening has shown resistance to imi herbicides in over 75 per cent of populations of both weeds. - ALICIA MERRIAM

"Screening has shown resistance to imi herbicides in over 75 per cent of populations of both weeds."

Ms Merriam conducted a trial at two sites in South Australia to investigate options to implement the best practice recommendation for lentils - to control weeds in the preceding wheat crop and again at sowing or crop emergence in the lentils.

Both sowthistle and prickly lettuce are renowned for their prolific seed production when growing in favourable conditions and wind dispersal of the light seed enables recruitment of resistant genetics from well outside the paddock border, making eradication difficult.

Interestingly, the research found a number of different forms of resistance.

"Sequencing the gene that controls resistance to Group B herbicides has uncovered a large variety of different mutations in these species across the Mid North and Yorke Peninsula in SA," Ms Merriam said. "Most mutations of this type cause SU resistance, but some cause IMI resistance and the effect can vary between weed species.

In surveys conducted in the Mid North and Yorke Peninsula regions the percentage of SU-resistant populations of prickly lettuce increased from 66 per cent in 1999 to 82 per cent in 2004 and 100 per cent in 2019.

The populations screened in the 2019 survey were all resistant to Group B IMI chemistry.

Surveys also show that Group B resistance in sowthistle is very common across the rest of the southern cropping region.

Ms Merriam said crop rotation and increased competition during the growing season to limit weed growth needed to be key planks of any management strategy.

"Herbicide tolerance in pulse crops is a useful tool when coupled with strong competition and other herbicide options in as many crops as possible in the rotation."

She said farmers could use the option of herbicide tolerant varieties but needed to make sure it was part of a broader integrated weed management strategy.

"These herbicide tolerant crops are an important tool but must complement a diverse arsenal of weed control tactics."

"Short rotations are very risky options in terms of weed management and will lead to yield-reducing numbers of these prolific seeding weeds," Ms Merriam said.

She said the broadleaf weeds were becoming more difficult to control in the lentil phase and farmers may need to look at alternative crop rotations to lower the weed burden.