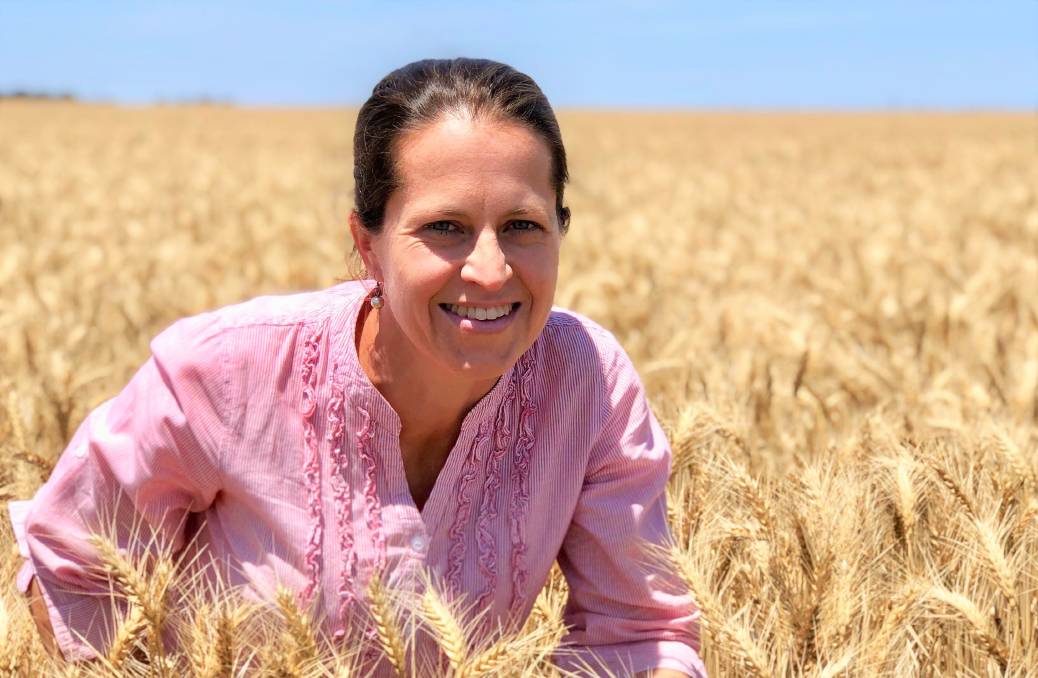 Cheryl Kalisch Gordon, Rabobank senior grains and oilseeds analyst, says there will be strong demand for Aussie grain this year.

Rabobank forecasts a large plant and at this stage good grain production once again this year.

AUSTRALIA is on track to record a second consecutive bumper harvest according to agricultural banker Rabobank.

Rabobank analysts are forecasting another year at close to record production across the nation, with a slight alteration in where the crop will be grown.

NSW will again be a major driver of the big year, with good subsoil moisture levels over much of the state, but it is Western Australia that at present looks set to record a big year on year increase, with good autumn rain.

Even the Bureau of Meteorology (BOM) outlook of a drier than average winter was not enough to dampen Rabo's predictions.

On the flip side, a dry start in key cropping regions in South Australia and Victoria mean the outlook there is more circumspect.

Report co-author, Rabobank grains and oilseeds analyst Dennis Voznesenski said the bullish outlook was partly driven by a big plant, as growers look to take advantage of the strong grain prices on offer with the world market uncertain about the security of supply.

Mr Voznesenski said the national winter crop plant forecast was 22.93 million hectares, a 2 per cent increase on last year, which was already above historical planting averages, and just 1pc short of the all-time record.

This year's figure is 8pc above the five-year, drought impacted average.

Mr Voznesenski said the winter outlook, while negative in WA, was strong on the east coast.

"The Bureau of Meteorology is forecasting a 60 to 75pc chance of the east coast and South Australia exceeding median rainfall for the next three months, this should set crops up well and have a positive impact on yields in those regions," he said.

Wheat plantings are up 3pc, canola, spurred by the world record prices, are up 14pc and barley, hit by the Chinese tariffs, is down 6pc.

Fellow author and Rabobank senior grains and oilseeds analyst Cheryl Kalisch Gordon said she expected with normal weather from here on that Australia would be a major export player in 2021-22, given world grain shortages.

Dr Kalisch Gordon said at this stage, the bank was pencilling in an export program of almost 20m tonnes of wheat, 5.5m tonnes of barley and 3.1m tonnes of canola.

She said it was anticipated that global grain prices would remain at elevated levels over the next year on the back of strong demand and poor seasonal conditions in many northern hemisphere grain-growing regions.

This had led to her making a forecast of Aussie wheat prices, delivered track, to remain at around $300/t, which is a historically high price for non-drought year.

Currency wise, she said the relatively high dollar was set to remain, keeping a lid on domestic grain prices.

"Strength in the Australian dollar, which we forecast to continue to trade in the high US 70 cents range, together with strong local supply, will keep local prices at more modest levels than global price levels would otherwise support," she said.