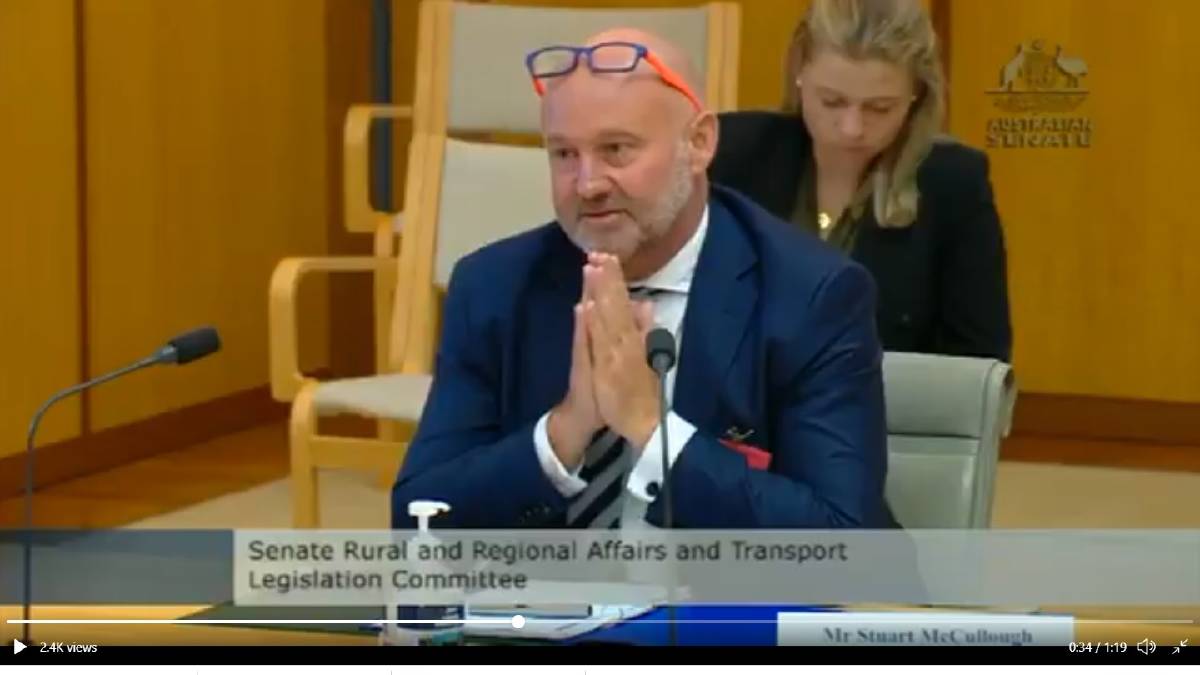 AWI boss Stuart McCullough. AWI said this week that they had amended the rules around director elections in January 2020 and did not intend to make any further changes.

AWI to take no further action in relation to the joint ticket matter.

A spokesperson for Australian Wool Innovation says the organisation does not intend to take any further action in relation to allegations their board interfered in the election of directors in 2019.

AWI officials were grilled over the allegations at a recent Senate Estimates hearing and were unable to provide clear advice about whether a NSW woolgrower Chick Olsson was unfairly disqualified for running in the elections on a joint ticket.

In response to questions from Australian Community Media, AWI said this week that they had amended the rules around director elections in January 2020 and did not intend to make any further changes.

"This was resolved by the board in January 2020 with an update to the Board charter to provide further clarity. There is no need for further amendments. AWI considers this matter closed."

The spokesperson also confirmed that AWI had no intention in changing the required 100 signatures to nominate to the board, or make it a simpler process.

"The process is clearly set out in the AWI Constitution and is well understood by potential nominees. Six other nominees successfully followed this process in the 2019 elections," the spokesperson said.

"The process is similar to every other corporate entity in Australia."

At the Senate hearing, AWI director Jock Laurie said the continual evolution around the system would be a good thing.

The spokesperson said that was a reference to AWI being open to feedback on its board nomination process.

"AWI and its independent share register advisors (Link Market Services) will continue to help any one potential candidate to the board who is seeking to verify bona fide shareholder names with their efforts to obtain 100 signatures."

The spokesperson said it was also worth noting that AWI had a second path for potential director nominations by way of a publicly advertised skills based application.