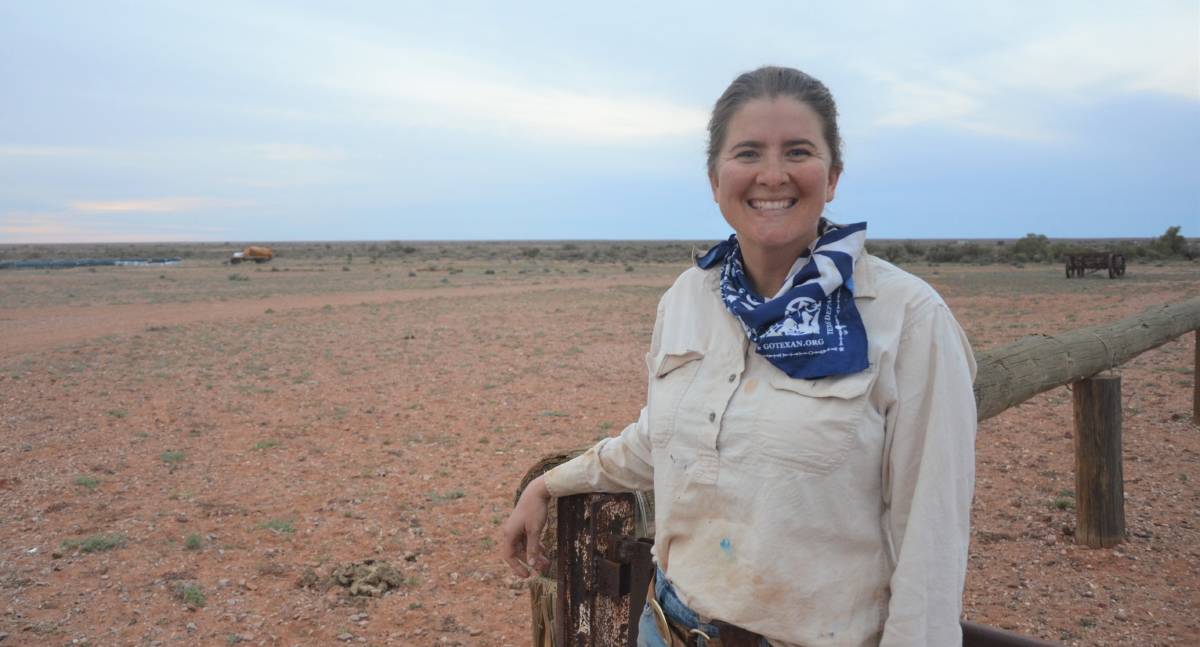 LOCAL VOICE: Farmers for Climate Action SA state coordinator Ellen Litchfield, Wilpoorinna Station, said it was important for farmers to have their voices heard in terms of how climate change policy should be developed.

Now in its sixth year, Farmers for Climate Action is well and truly gaining traction in the eastern states, but FCA SA state coordinator Ellen Litchfield said there was plenty of potential for local member numbers to gather momentum.

Now in its sixth year, Farmers for Climate Action is well and truly gaining traction in the eastern states, but FCA SA state coordinator Ellen Litchfield said there was plenty of potential for local member numbers to gather momentum.

The organisation, formed in 2015 by a group of farmers in the Blue Mountains, NSW, aims to give a voice to farmers concerned about climate change.

Nationwide, FCA has more than 5000 farmer members, but only about 100 of those are from SA - a number which Ms Litchfield is keen to grow.

"SA is recognised as a leader of climate action in Australia, but we need to build a strong farmer support base to ensure the policies in SA, and people who get elected in SA, hear the thoughts farmers have on this topic," she said.

"There's a huge potential for growth in SA and FCA wants to help get the small producer groups and climate groups together so they have one strong united voice.

"Farmers are at the coalface of climate change, their whole livelihoods depend on weather, so it's important they have a say in how climate change policy is developed."

Dr Litchfield, a Nuffield scholar and a pastoralist at Wilpoorinna Station in the state's Far North, said the work that farmers were already doing to adapt to climate change was encouraging.

We're keen to support members in anything they want to learn more about. - ELLEN LITCHFIELD

"The key to climate change mitigation is increasing efficiency, so making more from less, and that's exactly what Australian agriculture has been doing for the past 100 years, if you look at our productivity gains, they're phenomenal," she said.

"The farmers are already doing the work they're supposed to be doing, but more can be done with the right support from the government."

FCA is currently running a campaign to repower regional communities with renewable energies, while fellowship facilitation, training programs and education were also key actions of the organisation.

"You don't have to be doing regenerative agriculture to care about the climate to be involved in FCA - it's open to everyone" Dr Litchfield said.

"We're keen to support members in anything they want to learn more about.

"We need urban members too, so they can spread the message to their city peers, on all the great things farmers are working on in this space."

FARMERS for Climate Action SA state coordinator Ellen Litchfield said while many farmers were at the forefront of climate change adaptation, innovation and recognition on a bigger scale was key.

"Australian agriculture is an export industry, and market access will become a significant issue if you're considered from a high-emission country or a country not doing its part to fix a global problem," she said.

"If we don't, I think we will see consequences of that."

Goals set by individual agricultural organisations would help to ensure the market would continue to be viewed favourably.

"It's about decreasing emissions, making more from less, and that is what farmers want to do, and are already doing."