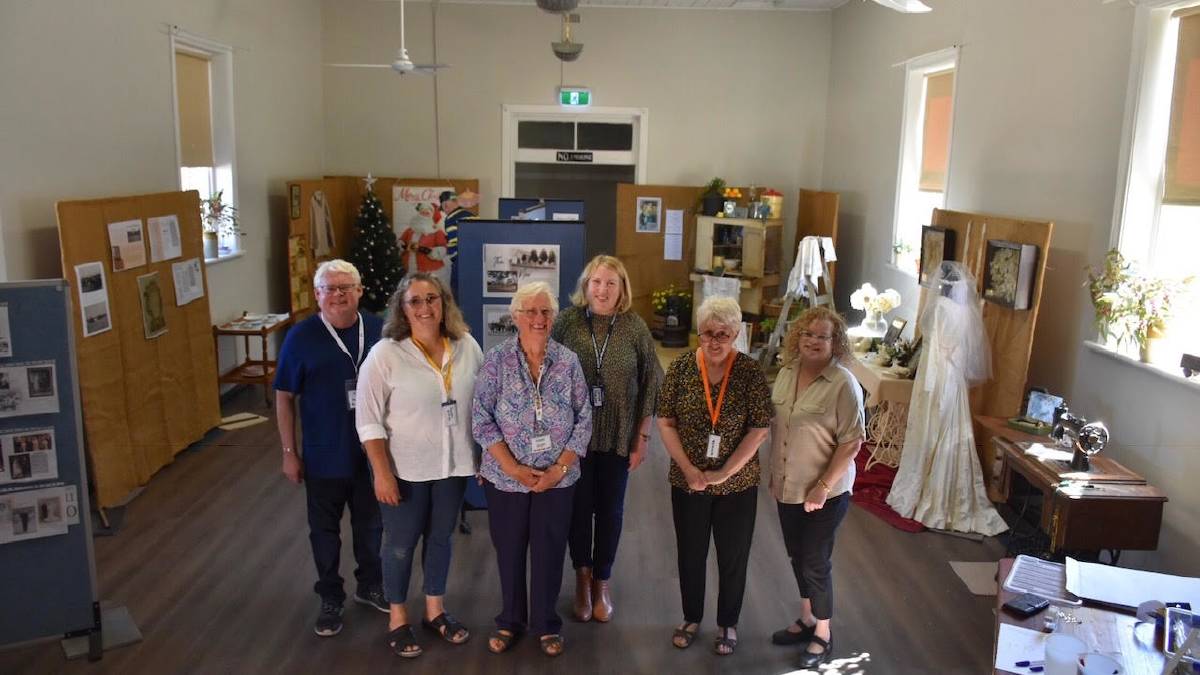 HISTORIC buildings lining the streets of some of SA's oldest farming communities are becoming a rarity but not in the small community of Brinkley.

HISTORIC buildings lining the streets of some of SA's oldest farming communities are becoming a rarity but not in the small community of Brinkley.

The locals have worked tirelessly to keep the town's history visible and this dedication meant the Brinkley hall on the edge of the Murray Mallee just turned 100 years old.

Not far from the larger town of Murray Bridge, it would be easy for this small "tight-knit" community to give away with its unique history and not preserve it for future generations, but a pertinent community spirit was not about to let that happen.

The hall was opened on April 28, 1921, with its trustees being from among the earliest settlers in Brinkley and earlier this month, about 150 people came through the hall doors to celebrate its centenary.

The hall was first opened by William Pearson, who emphasised his hopes it would be well used by the local community and Brinkley Hall Centenary sub-committee chair Leanne Pearson said the 100th celebration paid tribute to the early settlers.

"The day helped to reconnect past and present residents - people from as far as Cairns, Qld, and Sydney attended," she said.

"It is extremely important for small communities to hold onto their history in this way. There are so many halls in disrepair in country towns."

The hall is run by the community with regular fundraising helping to maintain the building.

It has become a community hub for the locals and a Small Wins grant in 2020 from the Murray Bridge Council meant the hall's importance was recognised.

The funding helped to undertake much-needed renovations, so the hall could continue to be used.

Leanne said in the past the hall had been used for school functions, weddings, dances, Melbourne Cup luncheons and trivia nights.

"As a part of the centenary celebrations we had a display of memorabilia from some of these past events and it was really enjoyed by the elderly residents," she said.

Leanne said usage of the hall has reduced in past years, as the local farming population declines.

"Farms are being sold up and the population to use community assets has reduced so much that it does make it difficult but for those who are still active in the area. It means a lot to have a hall," she said.

"The event brought the hall back to people's attention and hopefully it is a reminder of how lucky we are to have such a great local facility."

A commemorative plaque was also unveiled by John Richards, who has lived in Brinkley all his life.

TO help commemorate the Brinkley Hall's centenary, a souvenir booklet was produced by a historian to help transport locals back to the past.

With the help of the community, historian Wanda Hopkins produced a 30-page booklet - Brinkley Hall 100 - Reminiscents and Recollections - exploring the highlights of the first 100 years of the Brinkley Hall.

Wanda said it would serve to remind the community of the hall's rich history and role it had played in many important family memories.

"The centenary day raised $1000, including the sale of the book," she said.

"That was a great achievement.

"Local history is so important for people to remain connected to and that is why I got involved.

"It was a tribute to those who went before us."

The Brinkley Hall was home to lively Agriculture Bureau meetings, and Wanda uncovered newspaper articles throughout the first half of the 20th century that paid testimony to their activities and innovative practices, and the many prize-winning efforts that followed.

"(The booklet) will hopefully be a useful resource for people to relive its history," she said.

More recently, and much to the delight of Brinkley Hall Centenary sub-committee chair Leanne Pearson, a younger generation of farmers in the area have helped to find new, innovative ideas to help keep the hall's usage viable.

"A local farmer organised a wool classing course in the hall recently - this is key to its survival," Leanne said.