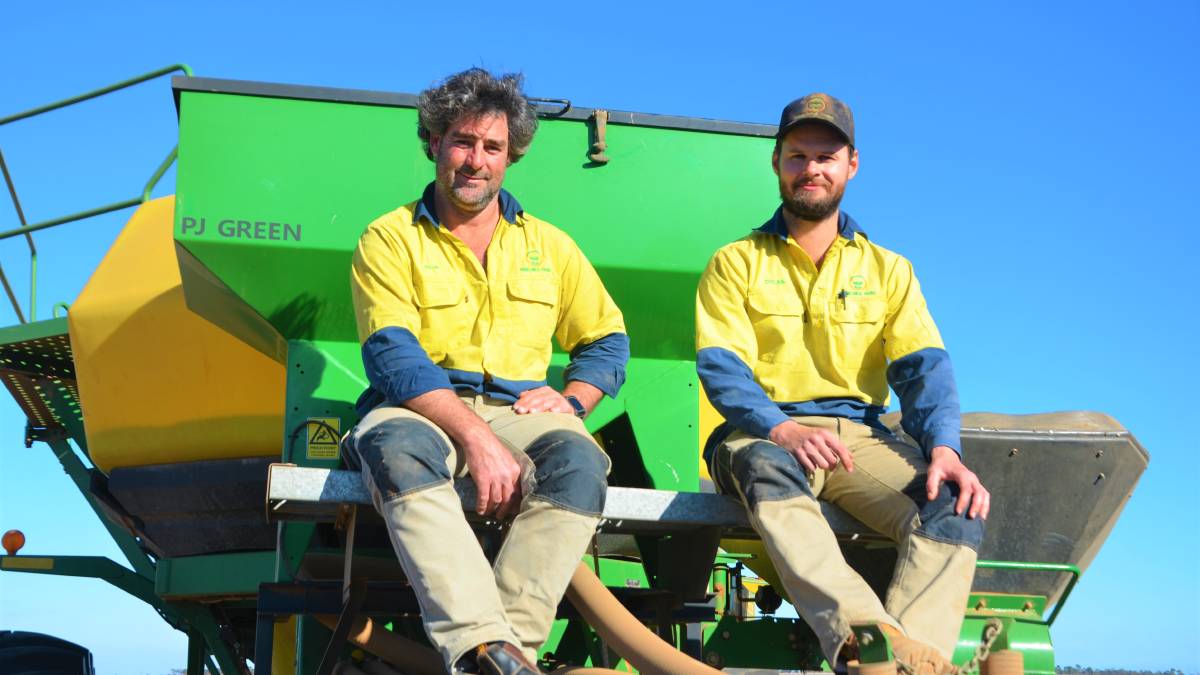 A lentil-heavy cropping program could be daunting for some growers, with the commodity renowned for its price volatility and vulnerability to weather conditions, but the Tillers at Pinery have committed to it for a couple of decades.

A lentil-heavy cropping program could be daunting for some growers, with the commodity renowned for its price volatility and vulnerability to weather conditions, but the Tillers at Pinery have committed to it for a couple of decades.

After dabbling in lentils and realising the crop's potential, Kelvin Tiller now commits to sowing about 1050 hectares each season.

They grew the Hurricane variety up until last year, but changed to Highland this season as it is another herbicide-tolerant variety and had improved resistance to ascochyta blight.

"We have learnt how to grow lentils well and we need a pulse in the rotation," Mr Tiller said.

"Highland is an early-mid maturing variety with high early vigour."

Mr Tiller said the biggest challenge, or more so highest caution, with lentil crops was at harvest.

He said unexpected weather conditions at harvest could damage lentils.

"We have never lost 100 per cent of our lentil crops, but we have lost some, especially when there has been a reasonable amount of rain and the crop becomes brittle," he said.

But on some occasions, by choice, the header has not touched some lentil paddocks, after yields were not high enough to warrant the cost of harvesting it.

Mr Tiller said growing lentils was not so much about being a "gamble", but rather a case of risk assessment.

"That is the case with any crop - it is just about managing the risks if something does happen," he said.

Reduced synthetic nitrogen usage is a perk from growing a lot of lentils, since the crop offers that naturally to the soil in spades.

"We have minimal N spreading and paddocks are fairly clean from grass," Mr Tiller said.

A large lentil rotation is not suitable for all croppers, but they are lucky they have the "correct country" for it to be successful most seasons, Mr Tiller said.

"We have grey loam soil - it is well-drained and low in acidity."

Mr Tiller also said some croppers jump in and out of lentils in a yearly rotation, to match price fluctuations.

"We have just stuck with lentils for a long time instead of chopping and changing," he said.

"We take the good years with the bad years."

But in past seasons, as part of risk management, Mr Tiller has held off from selling lentils.

"At times we have held lentils over for up to two years, until prices came back up," he said.

"It can become a cash flow issue though, so you cannot sit on them for too long."

The other half of the Tiller program is sown to wheat.

This year it will be varieties RockStar, Vixen and Sheriff.

"I think you have to keep moving with varieties, but only if it there's a significant yield increase," he said.

THE Tiller family at Pinery sow multiple wheat varieties to help adapt to seasonal conditions and for the first time, this year, they will sow about 500 hectares of RockStar wheat.

Last year, Kelvin Tiller sowed a 20ha trial for seed, to include the variety in the 2220ha cropping rotation this year.

The Tillers plan to sow it in the earlier part of their sowing program, while continuing to use variety Vixen for the remainder of their wheat area, to assist in spreading risk during critical spring stress periods.

"RockStar is fairly adaptable for short and long seasons - so which hopefully work well this year if we do not get opening rain until late May and June," Mr Tiller said.

"Technically if you had an Anzac Day break, it would been sown late April to early May, but last year we did not sow it until mid to late May.

"It still out-yielded Vixen that was sown mid May at 4.2 tonne/ha."

Mr Tiller planned to keep RockStar in the program long-term, if it performs after this year's late season start.

"Vixen was 300 kilograms/ha less than RockStar last year, so this year will be a true test for it," he said.

"We received about 90 millimetres of rain near Anzac Day last year and a further 30mm in May. This year we have only had about 50mm."