THE federal government's decision to extend the On-farm Emergency Water Infrastructure Rebate Scheme until June 2022 for drought-impacted farmers, has been welcomed by a Neales Flat stockman that has twice missed out on assistance. 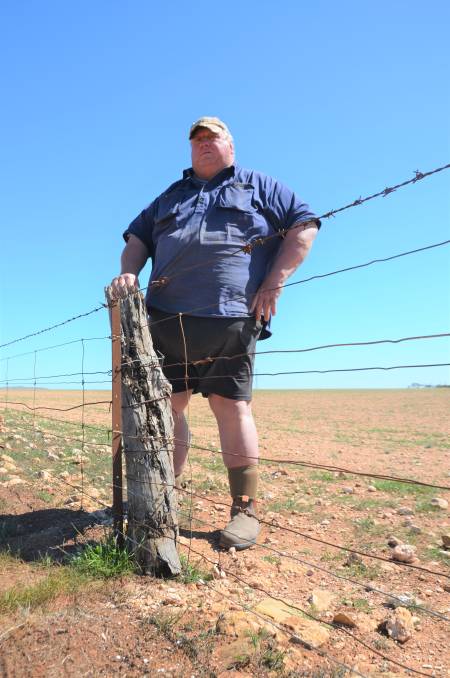 THE federal government's decision to extend the On-farm Emergency Water Infrastructure Rebate Scheme until June 2022 for drought-impacted farmers, has been welcomed by a Neales Flat stockman that has twice missed out on assistance.

The extension came on the back of the federal government's commitment of a further $50 million in October last year - bringing the total federal contribution to $100m.

The scheme can be used to fund small scale on-farm drought proofing water projects, including buying and laying pipes, installing water storage devices, such as tanks and troughs associated with stock watering, and de-silting dams and water bores.

Producers have become increasingly desperate for water security and to be given another 12 months to apply for funding, was "brilliant", according to producer Andrew Heidrich.

"The last time I applied was at the beginning of this year and I was told funding had run out - again," he said.

"So I am really glad I can apply again, because water security has become my largest expense."

Mr Heidrich can be without water access for consecutive days if the Morgan-Whyalla pipeline has a breakdown, causing stock water to "disappear" fast.

"We run mains water to our property via kilometres of pipe that is about 50 years old - so I am applying for the rebate to help that," he said.

He plans to install water tanks to gravity feed water troughs and install new poly pipe across the farm.

But Mr Heidrich was cautious about investing in the infrastructure, despite the rebate extension.

"Any expense during drought or drought recovery carries a lot of impact," he said.

Primary Industries and Regional Development Minister David Basham said the program was reinvesting into farms and transforming operations into being independent of variations in the weather.

Applications for the interim 2020-21 round opened on April 16 and the value of rebates requested already reached the level of available funding by April 30.

"In particular, the latest interim round of funding targeted applicants who had completed activities and missed out when initial funding was exhausted in 2020," Mr Basham said.

"The scheme has received more than 1000 applications in SA since its inception in 2018."