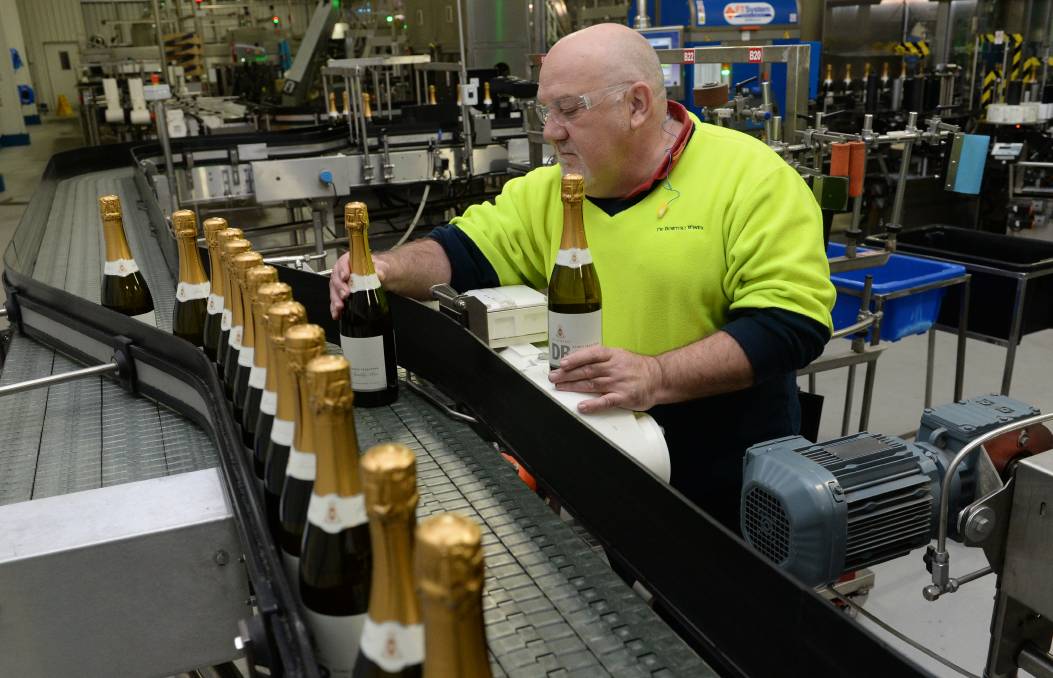 Big volume wine buyer Britain has jumped ahead of the US in the past year to become our second most valuable export market behind China where sales are now dying.

British wine drinkers have quaffed at least 20 per cent more Australian wine in the past year, helping to soften the blow from China's fierce new tariffs on our wine exports.

The value of our exports to the United Kingdom has grown even faster - up 33pc on the same period a year ago to $461 million.

Britain was already the biggest volume buyer of Australian wine, but in the past year it has jumped ahead of the US to become our second most valuable marketplace behind China, where recent sales activity collapsed because of Beijing's new punitive trade barriers.

Overall, for the 12 months to March 30 Australian wine export values dipped 4pc to $2.77 billion, largely because of Chinese import tariffs of between 116.2pc and 218.4pc which began in November.

Local winery production was also down after three lower yielding seasons and contributed to slower overall export activity according to Wine Australia's latest quarterly report on the market.

The flop in Chinese sales has, however, been highly significant, with just $12m of our wine sold to China between December 2020 and March 2021, compared to sales totalling $325m in the same period a year earlier.

China accounted for about half of Australia's $2.9b in total exports in January 2020, but by January this year that figure plunged to just 1pc.

Given China had previously been a premium paying customer, the average price for all Australian wine exports also suffered, dropping 3pc to $3.82 a litre (free on board). 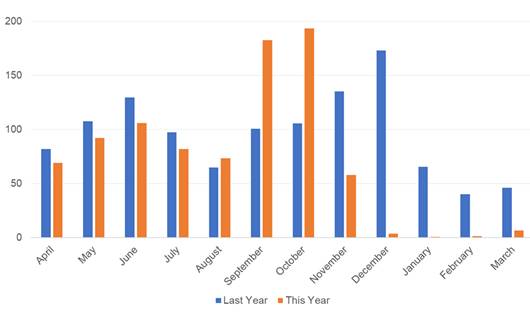 The changing value of exports to mainland China in the past 12 months ($m, FOB)

However, with European and Canadian consumption on the rise and US volumes down only marginally, Australia's total export volumes have so far weathered the China ban relatively well, slipping just 1pc to 724m litres over the year.

"Notwithstanding the impact of China's tariffs, we were still looking at a potential downturn in exports over this period simply due to the supply situation," said Wine Australia chief executive officer Andreas Clark.

On a more positive note he pointed to significant growth in exports to Europe, including Britain, which was up 23pc to $710m - its highest value in a decade.

In fact, if exports to mainland China were excluded, in the past 12 months Australian export sales to its other offshore wine markets had grown 10pc to be worth $1.9b and volumes had risen 8pc to 646m litres.

With massive pre-tariff export figures still propping up the full-year statistics, mainland China remained the most valuable market for the entire year, buying almost $869m over the period, well ahead of the UK at $461m.

The average price paid for Australian wine in the UK also jumped 10pc to $1.7/litre.

In the US, where drinkers are paying an average $3.21/litre for Australian wine, the main driver of growth has been in the $2.50 to $5 a litre price range.

There was also strong growth at $20-$30/litre category with at least 90pc of shipments in this segment being red wine which was now twice as popular as five years ago.

On the volume front, notable consumption increases, aside from Britain's 21pc rise to 264m litres, were Canada up 4pc to 54m, and Germany up 22pc to 36m litres to claim fifth spot on the list of overseas countries with a big Aussie wine drinking habit.

The US was in second place consuming 135m litres during the year.