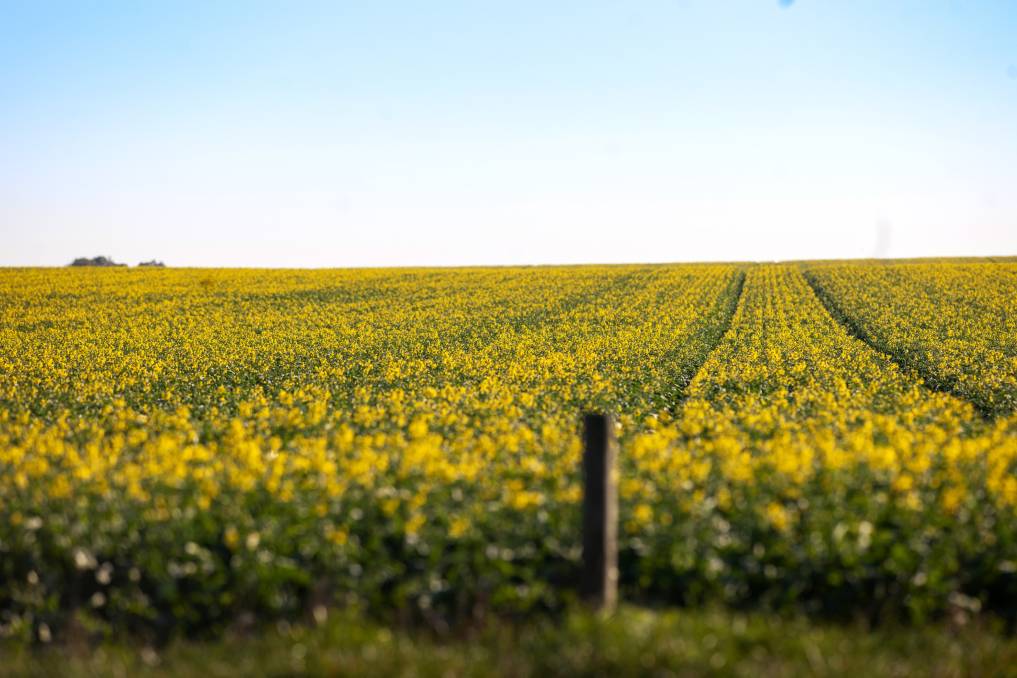 Canadian farmers are swinging to canola and barley at the expense of wheat, oats and pulses in their current winter-spring cropping cycle.

That was the wash-up of intended sowing activity revealed in the latest Statistics Canada principal field crop report, which was released early last week.

Statistics Canada expected the total area sown to field crops this year would increase by 1.8 per cent to 26.893 million hectares, based on favourable market conditions and historical trends.

But total crop production was forecast to drop slightly, based on the assumption of a return to longer-term trend yields from record production in 2020-21.

This year's four-week survey period finished on March 29 and Statistics Canada tabulated responses from more than 11,500 farmers about their planting intentions for the 2021-22 production year.

Winter wheat has been in the ground for many months now and is emerging from winter dormancy.

But the spring planting program is about to move into top gear amid dry soil moisture conditions in many areas and grain prices being "on fire".

It has been widely reported during the past few months that the area planted to wheat in Canada was expected to be lower in the coming season than in the 2020-21 marketing year.

This came to pass when the crop estimates were revealed.

This would be the lowest wheat area sown in the past four seasons, and comes in 3.7 per cent below the five-year average.

This would be the smallest area planted to spring wheat in the past four years and 4.7 per cent below the four-year average.

The winter wheat area was projected to be down 11.2 per cent.

But because this makes up only 5.2 per cent of total wheat plantings, it was an insignificant component of the contraction.

The area expected to be planted to durum wheat in Canada was up slightly.

This will be the fourth consecutive annual increase and 27 per cent above the five-year average.

It would be the biggest area sown to barley in Canada since the 2009-2010 season.

Strong demand from China has boosted export demand and that is expected to continue throughout the 2021-22 marketing year after China nominated increased barley usage as a means of reducing the nation's reliance on corn.

The Chinese tariff on Australian barley imports has also pushed demand to Canada.

Barley exports in the 2020-21 marketing year are expected to total 3.75 million tonnes, and China dominates.

According to the Canadian Grain Commission, 94.6 per cent of Canada's licensed barley exports in the August 2020 to March 2021 period were destined for China.

Crop progress in Canada will be keenly scrutinised as the season progresses.

A yield of 3.5 tonnes per hectare is required before stocks start to build, assuming 91.8 per cent of the planted area is harvested and there is no change to domestic demand or exports in 2021-22.

The long-term average barley yield in Canada is 3.73t/ha.

According to the Statistics Canada survey, canola planting intentions for the world's biggest canola-producing nation came in at 8.71 million hectares.

There is now an added incentive for the Canadian farmer to maximise canola area, with prices soaring to their highest level in more than a decade in the five weeks since the planting survey finished.

About 90 per cent of Canada's annual production is exported to global customers.

Foremost among the importers of this canola is China, which has accelerated imports of the Canadian produced oilseed - despite blocking shipments from two of the country's major exporters since 2019.

Government export data reveals that about 1.58 million tonnes of canola was exported to China from licenced facilities in the first seven months of the 2020-21 marketing year, which represents 22.5 per cent of total exports for the period.

According to the Statistics Canada grower survey responses, the area planted to oats is expected to fall by 6 per cent year-on-year to 1.46 million hectares. This would still be 7.8 per cent higher than the five-year average.

The country's lentil area is forecast to be 0.3 per cent lower than 2020, at 1.83 million hectares. This is about 3.1 per cent below the five-year average.

The big mover on the pulse front is expected to be dry peas, with plantings anticipated to contract by 9.8 per cent to 1.54 million hectares from a year earlier.

This would be the smallest sown area in three years and 6.7 per cent below the five-year average.

Planting for most principal spring crops typically begins in mid-May.

But many farmers in southern Alberta started in early April this year due to a lack of snow cover and above-average temperatures.

The dry conditions could prompt growers to make last-minute changes to their seeding plans, resulting in a reduction in plantings of small-seeded crops such as canola - with barley the potential beneficiary.

Weather conditions in the next few months and the elevated price regime will no doubt influence the final seeded area.

The story Mixing up the grains in the Northern Hemisphere first appeared on The Land.