Check out the champion in the All-breeds calf and handlers day. 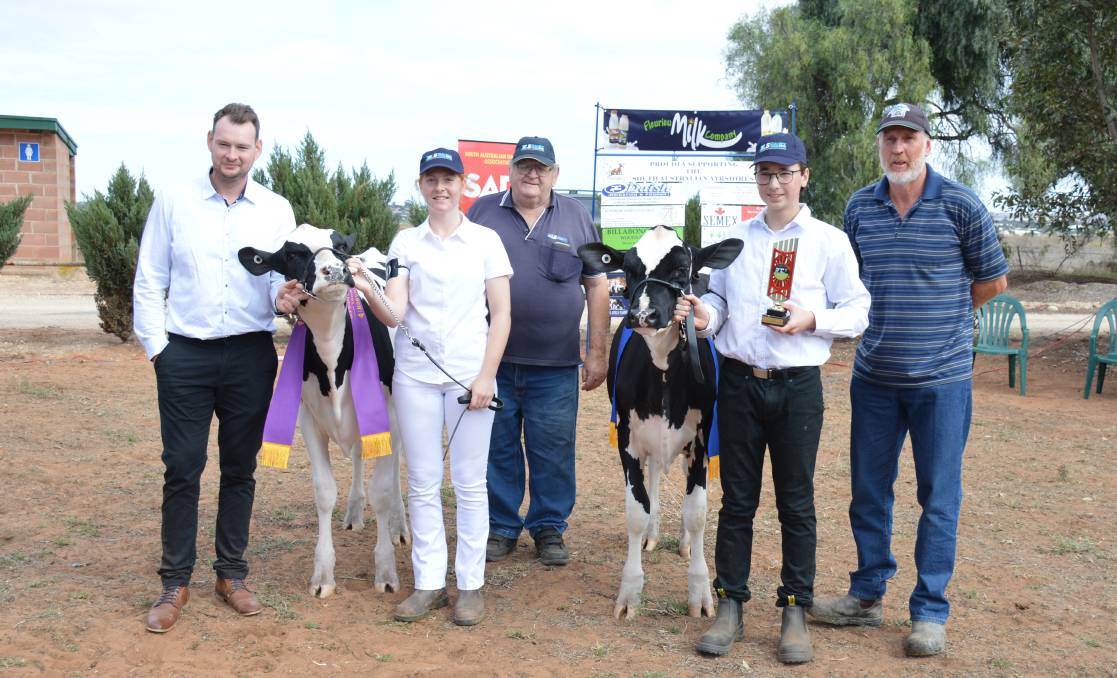 WORKING with his heifer and taking on notes from the judge helped propel William Philpott to the top of the line in the Holstein Australia SA branch's All-breed calf and handlers day at Murray Bridge.

Marking a milestone occasion - 2020 would have been 40 years since the first event - there was a good crowd of 25 young competitors, with the youngest not even two.

Mr Philpott, who works on a dairy farm, has spent a number of years competing, but was shocked and pleased with the win.

Ahead of the announcement, a list of previous winners was read out, with many on that list now established members of the state's dairy sector.

Inaugural winner Steven Afford was even on-hand to present the trophy.

He said Mr Phillpott had presented his heifer well, but had also taken on some feedback given during the class round and implemented that.

In the junior section, the champion handler prize went to Georgia Atkins, Adelaide, with Mr Patten praising her ability to have her heifer standing well at any interval.

Mr Patten said the heifer was "incredibly balanced with a deep rib and openness."

There was still one important class to judge, with Mr Patten calling on his children Eva and Hendrix to decide the Calf Classic.

The blue ribbon went to Chelsea Schutz, Joanna, with her and calf Golden Lassie dressed as Lucky and her horse Spirit.

RELATED: Dairy next gen meet at The Bend

Check out the action from the 2021 SA Sheep Expo

Mr Patten said he was impressed with the calibre of both the cattle and the handlers throughout the day.

"It's amazing for the dairy industry to see so many people here and passionate," he said.

"I've been travelling all over the country and this is one of the best shows I've been to for a while.

"It's great to see so many young passionate people - we need a future in the dairy industry."