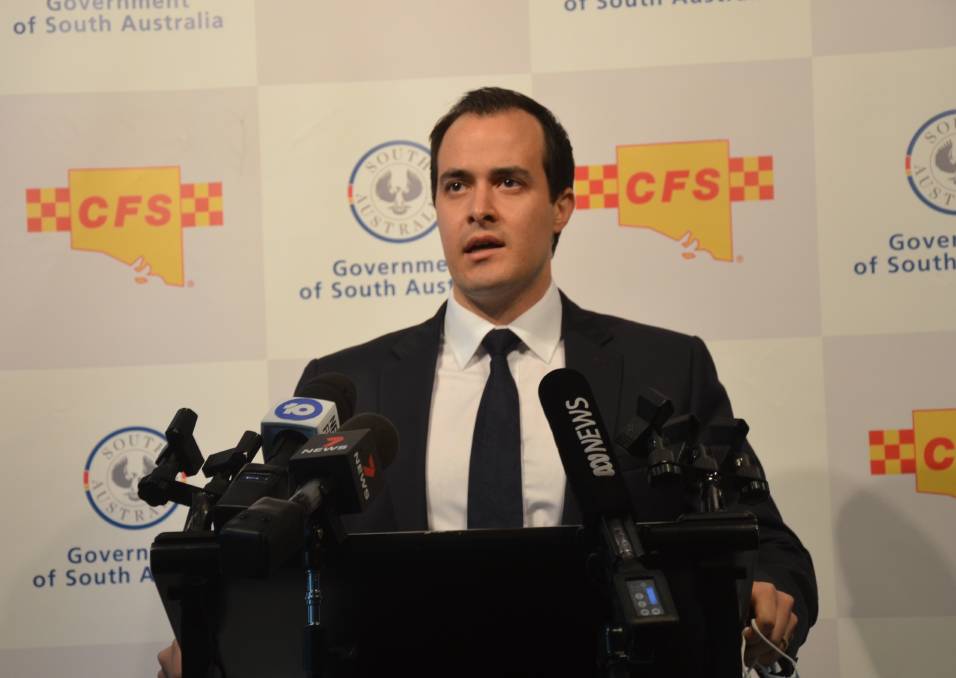 The first version of the state government's bushfire management plan has been released, and while many are happy with the content, the pressure is on for visible progress to be made on the actions it contains.

The first version of the state government's bushfire management plan has been released, and while many are happy with the content, the pressure is on for visible progress to be made on the actions it contains.

Released on Tuesday last week, the creation of the State Bushfire Management Plan 2021-2025 is part of the state government's comprehensive response to the Keelty review into the 2019-20 SA bushfire season.

The plan is in draft form, with the public consultation and feedback period closing on May 3.

The 128-page document includes five actions that are the responsibility of the State Bushfire Coordination Committee, chaired by SA Country Fire Service chief officer Mark Jones, with representatives from organisations such as the Bureau of Meteorology, the Native Vegetation Council, SA Forestry Corporation and SA Water Corporation.

It also includes 36 'coordination actions' across the categories of bushfire prevention, preparedness, response and recovery. These actions - many of which are existing or ongoing actions - will be directed by allied agencies such as the CFS.

Emergency Services Minister Vincent Tarzia urged members of the public to provide feedback on the plan before the community consultation period closed.

"We're asking South Australians to have their say on the draft SBMP because there is nothing more important than protecting lives and property," he said.

"Community input is key to creating a more bushfire-resilient SA."

Hazard reduction is a key theme in the SBMP, covered in one SBCC action and seven coordination actions.

Environment and Water Minister David Speirs said the hazard reduction program would focus on both public and private land.

"We are working closely with landowners to increase their ability to undertake their own hazard reduction and help them better understand what their responsibilities are and what they can do with and without approval," he said.

Kangaroo Island mayor Michael Pengilly was pleased that hazard reduction had been so heavily recognised in the report, with the action to "clearly identify approval processes for hazard reduction on all tenures" of particular importance.

"People are still a little confused about what they can and can't clear - that is something the Native Vegetation Council can do something about," he said.

"They (a NVC representative) came to a council meeting here, and were like a breath of fresh air. They are far more flexible than they used to be and realise that things can't stay the same."

A NVC representative will sit on the SBCC, although following questions from Stock Journal, neither Mr Speirs' or Mr Tarzia's offices could identify the person involved.

Even if there is the best intent in the world, we need action. - MICHAEL PENGILLY

While Mr Pengilly praised the report, he said actions needed to translate into "things actually happening".

"We had the Keelty report, which had a number of recommendations which the government certainly is implementing, which is good, then there was the bushfire royal commission - I personally thought that was a bit light-on in terms of getting action - then we had the CFS report into the KI fire. Really, even if there is the best intent in the world, we need action," he said.

"From the council perspective, we did that straight away last year, we put an officer in charge of bushfire prevention around the towns - we've been very active here."

One of the coordination actions in the SBMP is to develop a code of practice for private land fuel management, a recommendation opposition emergency services spokesperson Lee Odenwalder said was of utmost importance.

But Mr Odenwalder was concerned the state government was "losing sight" of other recommendations made in the Keelty independent review and Royal Commission into Natural Disasters, particularly surrounding the need for aerial firefighting equipment.

"The royal commission report, in particular, makes it very clear that a limited permanent fleet of large and very large firefighting tankers has become essential to fight future fires in Australia," he said.

"We need to know that if a fire requires aerial firefighting equipment, then that equipment, and the expertise to use it, is readily available."

Looking at major bushfire risk identification - outlined in SBCC action one - the SBMP details that "best available data and information on key existential risks to SA associated with bushfire will be consolidated and analysed to provide a state-level bushfire risk assessment".

In response to Stock Journal questions, the CFS issued a response confirming risk identification would look at the potential impacts large-scale bushfires could have on economies, communities, social fabric and the environment.

"This process will help to identify the areas where we are most vulnerable or at risk as a state so that they can then be addressed and mitigated in the long-term," the statement said.

"Landscape level risk assessments already exist within the nine Bushfire Management Area Plans covering all areas of the state outside of the Adelaide metropolitan area.

"These plans draw upon a wide range of data sources, including vegetation, fire history, weather, as well as community and stakeholder knowledge of fire in the landscape, to assess risk and identify mitigation treatments."