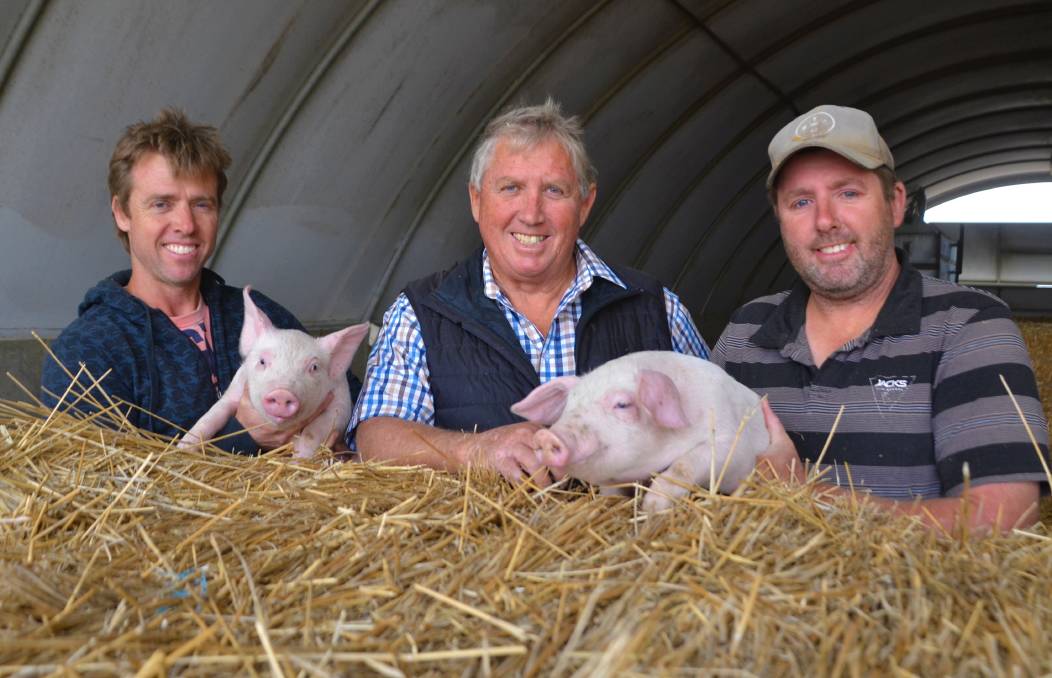 SOFTER pork prices caused by an increase in pig production and disruptions to abattoir capacity have been passed onto producers since January, but returns are expected to start to rebound in the coming months.

SOFTER pork prices caused by an increase in pig production and disruptions to abattoir capacity have been passed onto producers since January, but returns are expected to start to rebound in the coming months.

The ideal breeding conditions have been a positive for producers, but have caused a 6.2 per cent oversupply of pigs on the market, according to Australian Pork Limited executive general manager Peter Haydon.

But Mr Haydon said downward pressure on pork prices was the result of multiple factors.

"Production during summer was high - this increased supply has directly caused prices to drop, it is at about $3.50 a kilogram," he said.

"There have been many disruptions to the pork industry though, including holiday periods causing a delay in slaughters, and global meat market movements."

But as beef and lamb retail prices remain high, Mr Haydon said pork producers were in an advantageous position.

"Consumers have increased their pork consumption and despite the number of factors working against returns, it should help stabilise prices down the track."

"A price drop is also linked to increased production by large interstate piggeries, some Qld piggeries have increased significantly and it has all hit the market," he said.

"The good breeding conditions have meant there are a lot more pigs to sell, but demand has slowed a bit.

"But as imports become more expensive and the risk of African swine fever rises again, there is caution about acquiring overseas pork products."

"The second wave of ASF in China will again make changes to the protein market global supplies," he said.

Mr McLean said prices had moderated in some markets, with some buyers having issues moving particular pork cuts.

"But there are increased pork exports to Vietnam, Hong Kong and Japan," he said. "The re-routing of imported products overseas will also help Australian pork producers who are able to supply extra pigs into the processing sector to manufacture Australian ham and bacon."

Mr McLean echoed predictions for a rise in pork prices later this year.

"It is not uncommon for ham processors to begin securing extra Christmas pork leg supply in the second half of the year," he said.

A WILD Horse Plains pork producer expects the pig market to "bottom out" in the coming weeks as increased supply puts downward pressure on prices during an annual market lull.

But producer Lindsay Walker believes that with local pork consumption increasing, prices should begin to rise by mid-June.

Mr Walker and his sons Luke, Heath and Marc run 2600 sows and sell about 1000 pigs a week, at about 105 kilograms liveweight.

Two-thirds of their pigs are contracted to interstate and local pork processors, with the remaining pigs hitting the market.

"We secure contacts at the end of harvest when we know grain prices," Mr Walker said.

This week, pork prices dropped to $3.60/kg from about $4.00/kg late last year, with expectations prices could drop further.

"Contracted pigs are obviously not affected by the market fluctuations but if prices increase by a lot, you can get into a bit of trouble," Mr Walker said.

"Historically, March and the Easter period always causes a drop in prices because processing stops for certain public holidays, so supply goes up."

Mr Walker said about 109,000 pigs were killed nationally last week, about 9000 more than the system can handle without causing a drop in prices.

"We have had about a 10 per cent increase in production across our farm," he said.

But with the resurgence of African swine fever in China, the number of imported products hitting Australian supermarket shelves could slow down.

"If pig numbers drop a bit and the demand rises a bit, it will bring prices back up," Mr Walker said.