IT WAS Groundhog Day again on Friday, with another cracking store sale at Mount Gambier, where prices showed no signs of easing. 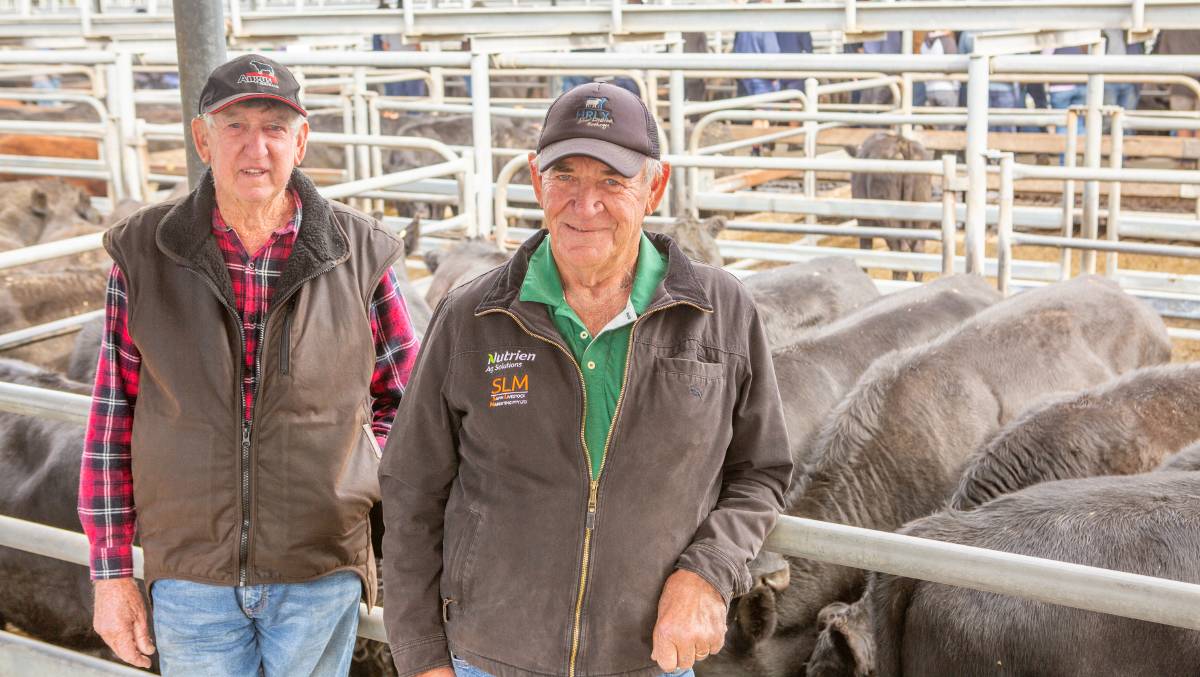 IT WAS Groundhog Day again on Friday, with another cracking store sale at Mount Gambier, where prices showed no signs of easing.

Demand was still extremely strong, with northern players operating in contention with locals on medium to lighter cattle, and feedlotters going hard on the heavier types.

Elders Mount Gambier's David Creek said prices on heavy cattle were fully firm on last month's sale. But, lighter cattle - both steers and heifers - were "off the charts".

"Overall we had a lighter yarding of cattle today, but buyers were paying between $30 and $40 a head more than in March," he said.

"I'm genuinely astounded at the (continued) strength of the market and I really don't know how much stronger it can get.

"Outside buyers dominated today and belted the locals. Feedlotters were also very strong - when the entire first race of black steers didn't dip under $2000, it's proof of how robust the market is."

RELATED READING:Rebuild the time to reassess

Horridge Trading, Wattle Range, sold 53, 11-month-old to 12mo European Union-accredited and Pasturefed Cattle Assurance System-eligible Angus steers for an average of $2130 - with the entire draft snapped up by Teys Australia. Its heaviest steers weighing 477kg sold at $2280 or $4.78/kg.

RELATED READING: Cattle slaughter rates tipped to be lowest for more than 20 years

Elders was also the winning bidder on 10 Angus cows with 11 Angus CAF from The Farm, Mingbool, paying $3350.