THE wool market is showing signs of recovery, with prices up on the international market, according to Mecardo managing director Robert Herrmann. 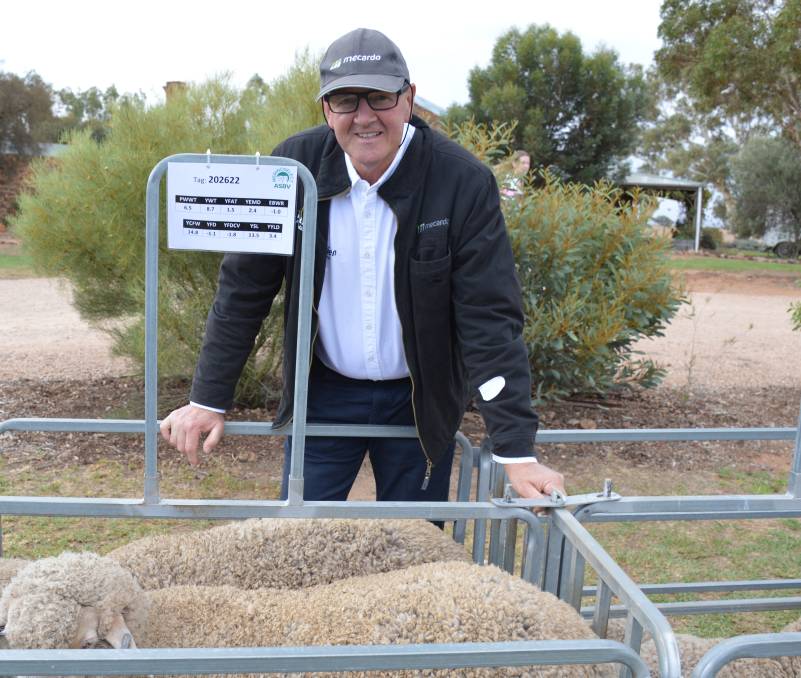 NEXT STEP: Mecardo's Robert Herrmann says there are positive signals coming through for sheep producers, despite global economic uncertainty.

THE wool market is showing signs of recovery, with prices up on the international market, according to Mecardo managing director Robert Herrmann.

Speaking at a Snowtown sheep workshop on Friday last week, he said while wool was 11 per cent cheaper than at this time last year, on Australian dollar terms, it was actually 14pc higher on the United States dollar.

Mr Herrmann said there were positive signs, with China lifting its buying to take 90 per cent of wool rather than its previous 78pc.

While he said there was some room to be cautious about being too reliant on a single market, it was also the case that China was one of the fastest recovering economies at this time, with the number of flights back at pre-COVID-19 levels.

He said the Chinese market had also evolved beyond cheaper processing and on-selling.

"About 50pc of wool never leaves China, it is the biggest retail market," he said.

"People were holding wool back to support the market and that did work, to a degree," he said.

"But we didn't then have the situation where the stockpile was hurting the recovery.

"We can be optimistic about what's ahead of us for the wool market."

Change of focus for wool as economies recover

Mr Herrmann said it was worth watching the non-mulesed or ceased mulesed wool, which offered a premium.

He said Australia was home to 70-80pc of the world's Merino production, but had just a small fraction of the non-mulesed and ceased mulesing market.

"We're getting a clear market signal that the world wants red meat," he said.

"The gap between lamb and mutton has closed and we expect to see that tight gap remain."