The number of SA sheep producers carrying out pregnancy scanning on their ewes has been on the increase in the past few years, and good ewe conception rates this year are giving people plenty to smile about. 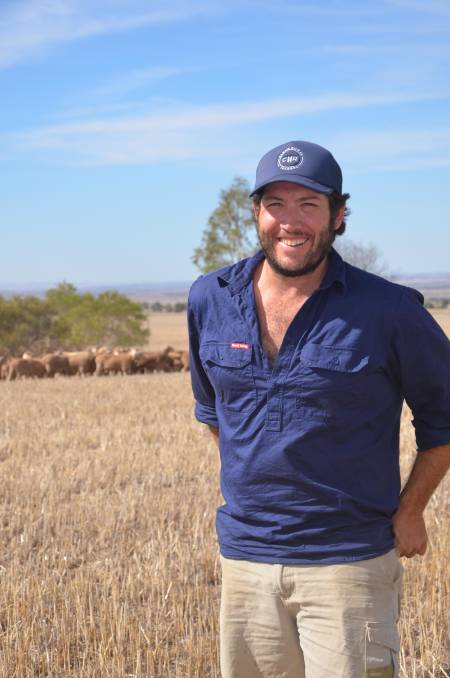 The number of SA sheep producers carrying out pregnancy scanning on their ewes has been on the increase in the past few years, and good ewe conception rates this year are giving people plenty to smile about.

Cousins Merino Services director Michelle Cousins said good seasonal conditions and an ever-increasing focus on ewe nutrition had meant many ewes were in good condition leading into and during the summer joining period.

Ms Cousins' Burra-based business provides services such as pregnancy scanning to farmers right across the state, and she said good scanning percentages were being achieved in most regions.

"The maidens don't scan up as well as your older ewes, but they're still achieving around 120pc - they've been doing very well."

Ms Cousins said good seasonal conditions and feed availability in the second half of last year had helped ewes be in good condition leading into joining, while the mild summer also supported good conception rates.

"Often rams will go sit under a tree when it's hot, and not work, but there hasn't been any big stretches of hot weather this year, which has been a massive bonus," she said.

Ms Cousins said dry ewes were being rejoined more so than in the past.

"Last year, coming out of drought, a lot of people didn't have capacity to hold onto a huge number of stock, but this year, with feed availability, and lamb and ewe prices being where they are, it's all about getting numbers on the ground, so people are looking to re-mate their dry ewes."

A lot of ewe lambs are being mated these days, you go back even three years and that wasn't happening much. - KEV KELLER

He said a kind season had helped with feed availability, but ewe management was also a driving factor leading to good scanning percentages.

"People are more mindful now of getting the lambs off ewes getting into spring, to give the ewes a spell, and many people are flushing ewes with lupins or lentils just prior to joining, to get them cycling better," he said.

"The last few joining periods, the dry ewes have been sold off, meaning the good breeding ewes are retained," he said.

"A lot of ewe lambs are being mated these days, you go back even three years and that wasn't happening much," he said.

While he has not scanned for multiples, 96 per cent of his 200-head Merino flock - which are grazing on wheat stubbles and supplemented with a homemade feed mix of barley and pea screenings - are scanned in-lamb.

"As much as the cool, mild summer has made a difference, there has been no rain, so the feed quality in the paddock hasn't degraded, and there has been enough feed to keep the ewes in good condition," Mr Wilkinson said.

He said rain in the coming weeks would be critical to ensure good scanning percentages translated to good lambing rates.

"The minute we know there'll be feed coming on, we can work out how to manage things going forward," he said.

"If a season break doesn't come for six or eight weeks, we'll be lambing onto no feed - managing the feed lag will be the difference between the good percentage and a good outcome."