THE countdown is on with less than 150 days until the Royal Adelaide Show returns this September.

THE countdown is on with less than 150 days until the Royal Adelaide Show returns this September.

It was this time last year the decision was made to cancel the 2020 for just the fourth time in its 181-year history, but RAS general manager Michelle Hocking said planning was well underway for the 2021 event, albeit with some changes.

She said this year, the show would return to a nine-day format but instead of starting on the Friday, day one would be Saturday, September 4, with two full weekends, finishing Sunday, September 12.

Entries have already begun coming in for some competitions, such as woodchopping and grains and fodder, while the call is out for stallholders and sponsors.

"We are being nimble with our planning and will adjust as need be, in accordance with any pandemic measures that may be required, including social distancing, hygiene measures and potentially the purchase of tickets for attending the show on a certain day," she said.

"The show is still five months away, so we will be sure to communicate any changes or requirements well in advance of opening day."

Ms Hocking said there were also big plans for the entertainment, with the Goyder Stage feature to be a musical event titled Postcards from around the World to showcase the spirit and diversity of major travel destinations.

"We can't travel internationally at the moment so we'll bring the destinations to the show," she said.

The change to the starting date will require some shuffling of the sheep schedule, with judging of the prime lamb and maternal breeds to occur across the first Saturday, Sunday and Monday and the Elite ram sale moving to Monday, according to pastoral committee deputy chair Micheal Gale.

"There will be really no change to the number of days, just kicking off a day later," he said.

"The second half will probably run a little tighter than normal but the (Merino and Poll Merino) ram sale is still planned for Friday."

Carrying over from 2020, the sheep feature breed will be Poll Merinos.

The school wether competition, which did go ahead in 2020 as an individual event, will also return to the RAS.

Show to bounce back in 2021 despite financial blow

"That competition just grows every year, with the number of schools on board and the presentation of the sheep getting better," Mr Gale said.

"As a competition, it's an outstanding educational tool, for students and the industry."

There will also be some changes in the cattle ring, with no feature breed planned for 2021, and some changes to the interbreed prizes.

Beef cattle committee chair David Copping said with some uncertainty about interstate entry numbers, they elected to hold off on a feature breed for this year.

He said the committee had also decided to discontinue some of the individual interbreed awards that had been introduced for the 175-year celebrations in 2014 but there was increased prize money available for the remaining awards - sire's progeny, junior interbreed pair and grand champion interbreed pair.

While it was thought that total entries might be down, Mr Copping said they had high hopes for the steer competition to maintain or even lift in entries this year.

He said there was a mixture of excitement and caution about how the show might go ahead but he knew of people already starting to prepare their cattle in anticipation. 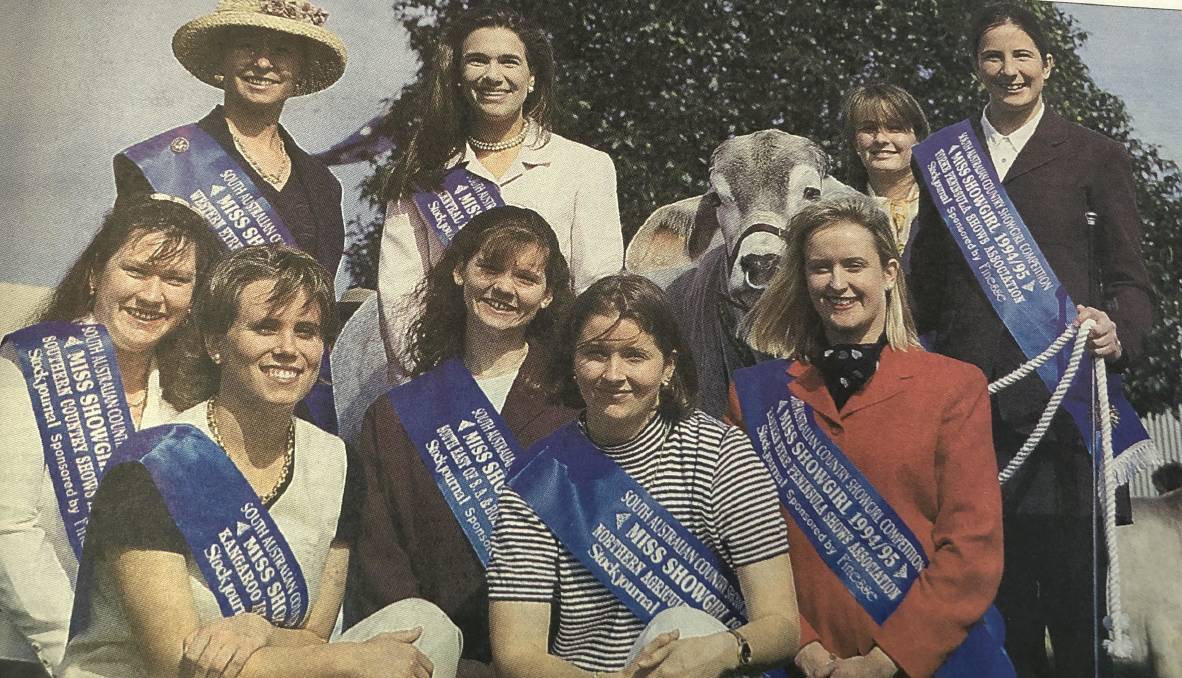 Following a year of high hay production, Grains and Fodder committee chair Bill Rowett is hoping for good entries in for the fodder feature breed, with the committee working with processors to try and get core samples collected and entered by the June 4 deadline.

He said another big focus on the committee was on the next generation, with a new junior competition calling on children and teenagers to source grain and hay samples from their parents and grandparents and enter those.

He said this was inspired by an initiative of the Eudunda Show that had a good response.

"We do have to focus on the children because they are the future (of the show)," he said.

Mr Rowett said there was also an increased push for small seeds from the South East, working alongside seed cleaners to encourage more entries.

"I expect the show to be a ripper - people want to get out more and more, and it's always been well-supported by the state," he said.

In the dairy ring, the Illawarra breed will be the feature with entries expected to open shortly.