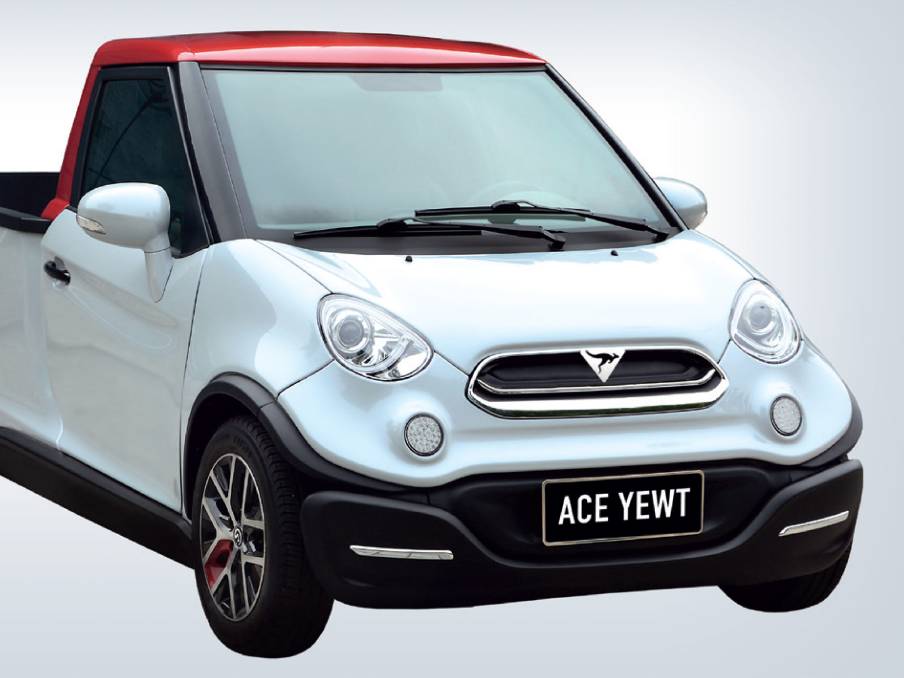 BEAUT YEWT: The Aussie car industry isn't dead with an electric ute due to roll off the commercial production line early next year.

Affordable and powerful electric utes are now in the production pipelines of many of the world's leading car manufacturers.

An Australian-built electric ute is on schedule to roll out of an Adelaide factory early next year with an affordable price tag of just under $26,000 for the basic model.

The ACE Yewt will weigh around 900 kilograms, be able to carry up to 500 kilograms, have a maximum speed of 100 kilometres an hour and have a range of 150 to 200km under partial load.

The ACE Electric Vehicle group is a Queensland startup formed by Greg McGarvie and Chinese entrepreneur Will Qiang to grab a slice of the world's exploding demand for electric cars.

Mr McGarvie, now the managing director, has outlined bold plans to export 70 per cent of the European-designed ACE EV line-up which will start with lightweight cargo vans (around $30,000) and utes followed by a city car called the Urban in mid-2022.

Parts for the vehicles will be sourced both locally and overseas and assembled by Aldom Motor Body Builders in Adelaide.

Export vehicles will be shipped in smart packs and assembled in their country of destination.

ACE said the Yewt, which will have a body made from high strength sandwich type composite material, would lower running costs by around 85pc and greenhouse gas emissions by more than 70pc.

While the marketing of the Yewts isn't being targeted at farmers, another Adelaide company is building an electric ute for the harsh conditions in farming and mining.

Meanwhile, a NSW company has clinched a deal to deliver electric utes which could generate a total $330 million in revenue during the next four years. 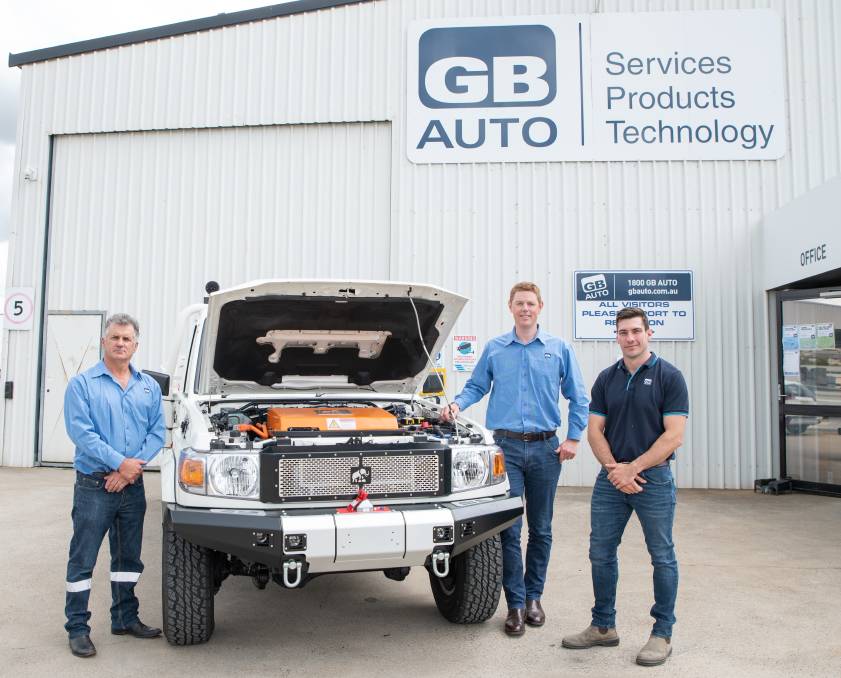 The kits will be used to convert Toyota LandCruisers and HiLux utes to electric vehicles to meet strong demand, particularly in the mining industry.

The 72 kilowatt-hour battery kit GB Auto will install will allow vehicles to travel about 200km without needing a recharge.

While electric utes are probably not yet taken that seriously in the rural sector, there are a number of overseas four-wheel-drive models that might offer the affordability and "grunt" to attract mainstream attention.

And reports suggest plug-in hybrid models for popular utes including the Ford Ranger and the Mitsubishi Triton may soon be available n Australia.

Among the electric utes that could soon find their way onto the Australian market is the Rivian R1T double-cab being produced by a new startup partnership between Amazon and Ford.

Ford is also developing an electric version of its powerful and fuel thirsty F-150 ute (pick-up), its biggest seller in the US.

The Cybertruck developed by Tesla looks like something from outer space but is classified as an all-wheel-drive pick-up capable of towing 3400kg.

General Motors, the US car-making giant, is also developing an electric "super truck".

The story An electric ute may soon be coming to a farm near you first appeared on Farm Online.