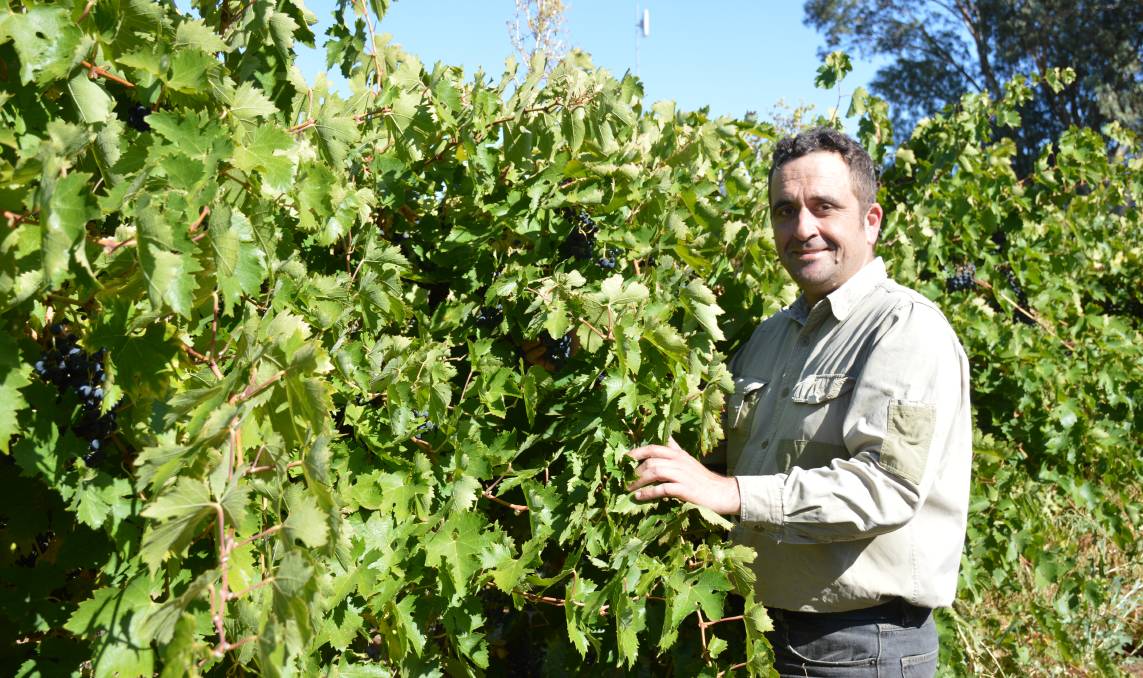 TOP PICK: Adam Barich, Whistling Kite, among the handpicked Montepulciano, grown just 100m from the Murray River, says this was a hassle-free harvest.

GRAPEGROWERS are grateful for a "perfect autumn", as the 2021 vintage approaches the end point in a number of regions.

GRAPEGROWERS are grateful for a "perfect autumn", as the 2021 vintage approaches the end point in a number of regions.

They are particularly pleased as it follows an especially tough season, with national yields for the 2020 vintage at their lowest levels since 2007.

Langhorne Creek Grape and Wine Incorporated president Greg Follett said the district had passed the 40 per cent mark, with the majority of Shiraz picked and Cabernet just starting - with average to above average yields expected for Shiraz and average to just below average for the Cabernet - and the quality "exceptional".

"There will be a lot of fruit picked in the next couple of weeks," he said.

"We've had a perfect long, slow ripening, beautiful autumn but the warmer weather (early April) might hurry things along."

It is contrast to last year, which was a "perfect storm" and frost and dry weather, leading to a massive drop in yields.

He said the mild, dry finish also meant disease issues had not been present this season.

It is also a nice change for the Barossa Valley, with good signs for this year's fruit, according to Barossa Grape & Wine Association viticultural development manager Nicki Robins.

"It's a really good vintage that hasn't had the struggles of the past two years," she said.

"We had poor flowering condition last year and the fruit didn't set, so we didn't have a very big crop but this year the flowering went well.

"We're looking at average to above average yields.

"Winemakers tell us the colour is fantastic and flavours are good."

She said the Barossa Valley was expected to wrap up after Easter while picking in Eden Valley would continue through to mid-April.

"The Cabernet Sauvignon looks like it will be a real highlight," she said.

Riverland Wine general manager Jo Pippos estimated that region was about 75pc through vintage, with the crops looking good.

"With the weather clear for the rest of the week, we're expecting to make good progress," she said.

She said of the already harvested crop, yields looked to be up, with good quality in the fruit.

"It's been a good growing season through and the mild winter meant not a lot of disease," she said.

"Fruit fly has been a slight issue but not as much as with other commodity groups."

Coonawarra Vignerons president Peter Balnaves said signs were good for quality and yields but this year's vintage was certainly delayed by the cooler season.

He said harvesting would normally be substantially done by Easter but they had "barely scratched the surface on reds".

"The quality is looking really good but it's not in the tank yet," he said.

While good weather was key for the coming weeks, he said people were already comparing the 2021 vintage to previous good years 2004 and 1991.

While labour availability had been a concern in the lead-up to vintage, with seasonal worker numbers substantially reduced, but for most regions the actual impact - while present - seems to have been moderate.

Ms Robins said some smaller vineyards, that rely on handpicking, might have had a bit more trouble sourcing workers while Mr Balnaves said even skilled staff were sometimes trickier to track down but they were hopeful with earlier regions finishing, they might be able to pick up staff moving on from those areas.

It has been an "ideal vintage" for Riverland organic and biodynamic winery Whistling Kite, after they finished picking their 36-hectares of grapes in late March.

Adam Barich, who operates the winery with brother Callan and parents Pam and Tony, said the milder growing season had been great for the grapes, particularly the reds.

"The volume may not be as high but there are good fruit characteristics," he said.

"It's really been an ideal vintage."

While there was not much rain during summer, Mr Barich said the mild weather enabled them to keep the moisture to the vines.

The Barichs grow chardonnay - among some of the oldest vines in the region - voignier, shiraz, petit verdot, montepulciano, petit manseng and mencia, with all varieties looking pretty good this year.

As 99 per cent of their crop machine is harvested and sold to Yalumba, Mr Barich said they were not impacted by any labour shortages.

While they do handpick for their own label, most years this is achieved within the family, and an occasional friend roped in to help.