THE Grain Industry Fund levy could temporarily increase by 11 cents a tonne from July 1 until June 30, 2023 as a cost recovery mechanism made necessary by the... 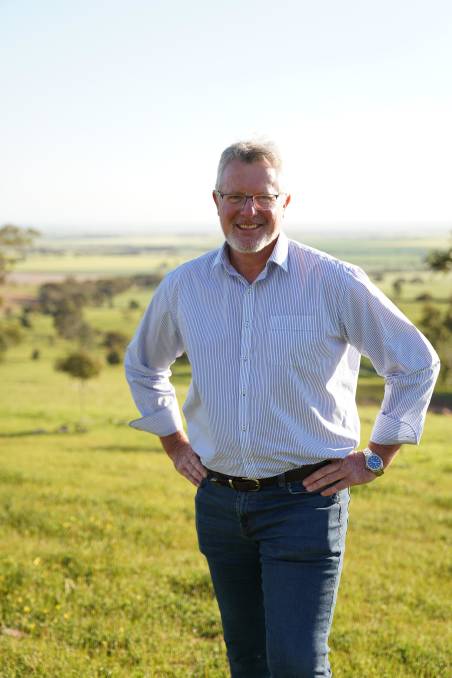 THE Grain Industry Fund levy could temporarily increase by 11 cents a tonne from July 1 until June 30, 2023 as a cost recovery mechanism made necessary by the detection of a new exotic snail species in SA.

Grain Producers SA chair Adrian McCabe began sending letters to SA graingrowers - who contribute to the GIF - yesterday (Wednesday), to notify them of the proposal to temporarily lift the contribution rate from 20c/t to 31c/t, subject to average seasons, and seek feedback regarding the proposal.

If approved, the levy increase will cover the $1.66-million cost of eradicating lens snail.

GPSA independent director Steve Jefferies said a temporary lift in contribution rates is not without precedent in other SA ag sectors.

"GPSA has been working hard behind the scenes to secure funding for eradication and has exhausted all other funding options," he said.

"Without cost recovery, there will be no funding to eradicate lens snail and it is likely to become endemic, making it another species of snail for SA growers to control."

The lens snail was first detected at a metropolitan Adelaide property in 2018 from an unknown source and since then, three adjacent premises have also been identified and are under strict biosecurity orders.

Since it was the first lens snail detection in Australia, PIRSA and the federal Department of Agriculture implemented a quarantine order in July 2019 to contain the snail and prevent the movement of items that may carry lens snails off the properties without inspection.

"If eradication is not attempted, the quarantine orders will need to be lifted. Lifting the orders would mean these requirements are no longer in place, so it has been identified that it cannot be contained on these properties any longer," Dr Jeffries said.

"Without the quarantine order, the industry would move to management of lens snail with the cost borne by individual growers," he said.

After extensive tracing and surveillance in regional areas, the lens snail has not been detected, meaning authorities are confident it has been confined to the initial detection area.

"With the snail contained, there is a unique opportunity to eradicate lens snail while it is confined to the metropolitan area," Dr Jeffries said.

"If it is spread from this area, it will be almost impossible to stop."

Driving the need for eradication is to show 'proof of freedom', Dr Jeffries said.

"Market access barriers will present if we do not have proof of freedom from the pest. Importers could return cargo ships or downgrade grain quality," he said.

If the pest was to establish itself, it could have the potential to become a grain contaminant and a significant threat to the sector, according to Grains Australia chief executive officer Jonathon Wilson.

"It is a positive that it has been detected early. It is a small pest, so to clean it out of grain would be problematic," he said.

The SA Grain Industry Blueprint aimed for a $6-billion industry by 2030 and with biosecurity identified as a key pillar to achieving this, he says an exotic pest incursion could hinder progress.

"Eradication is crucial to stop this from happening," he said.

Establishing grain market access takes significant time, Mr Wilson said, and to regain it after a pest incursion would be tedious.

"We are not interested in losing even a small piece of the market, so the eradication method is crucial to stop that," he said.