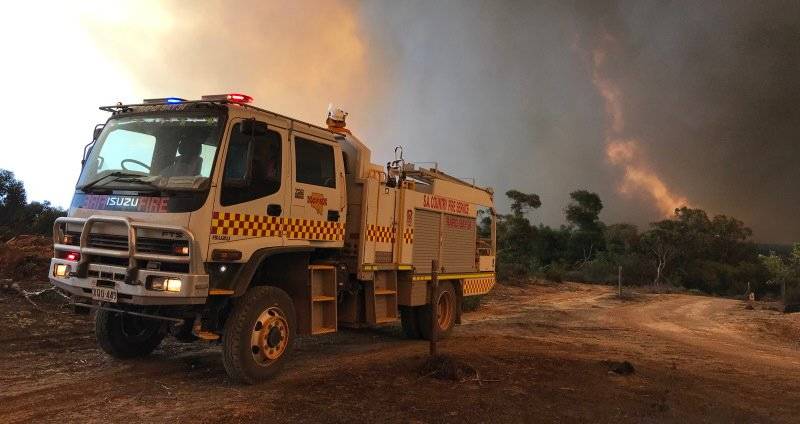 ISSUES RAISED: A review compiled by C3 Resilience looking into the CFS's response to the 2019-20 Kangaroo Island bushfires has been released. Photo: Lucas Hobbs.

A recently-released independent review into the 2019-20 KI bushfires has not shied away from calling out issues with culture, accountability, communication and trust among Country Fire Service members and volunteers.

In the 14 months following the 2019-20 Kangaroo Island bushfires, those involved in fighting the blazes have largely been viewed favourably, been celebrated and earned praise for their efforts.

But a recently-released independent review has not shied away from calling out issues with culture, accountability, communication and trust among Country Fire Service members and volunteers.

Titled Lessons from the Island, the review into the CFS response to the fires was conducted by disaster and emergency planning consultants C3 Resilience, at the request of the CFS in August last year. It was completed in November, before being publicly released by the CFS earlier this week.

The review includes 24 insights, 11 lessons and nine recommendations, based off 6359 observations, including face-to-face interviews, surveys, written statements, and document analyses. Many of the findings of the review were in line with recommendations from the Keelty independent review into the 2019-20 bushfires across SA.

While Lessons from the Island acknowledged that many firefighters and agencies demonstrated a disciplined approach when fighting the fires, one of the review's 11 lessons stated that "much of the good work completed was discounted by a culture of some not following, or actively working against, the chain of command".

It went on to say those interviewed on KI consistently said there was room for improvement in the attitude of both the agency and mainland deployees towards KI locals.

"Many mainland crews appeared to treat deployment like it was a holiday, rather than a firefighting operation," the review said.

"Many participants reported that teams were driving around taking photos on their phones rather than getting off appliances and embarking on an aggressive blacking out and mopping up, as tasked in the Incident Action Plan."

Staffing issues were another major theme brought up in the review, with the appointment of Incident Management Teams criticised.

"Due to the operational load within the organisation, the process of only sending endorsed IMTs ceased, replaced with an ad-hoc manner of the selection of staff for IMTs, including field command positions," it said.

"Everyone on the IMT acted in good faith and tried to assist, however many were limited to their own capability and competence as they were not appropriately trained and accredited in the roles they held."

The review also shone a light on resourcing, recognising that the CFS was resource-deficient, but also claiming that role duplication was apparent. A recommendation of the review was to streamline reporting systems to "reduce repetition and make it less voluminous."

"The 2019-20 season provided previously unexperienced fire conditions in SA and the CFS was not resourced to cope with two large campaign fires running concurrently in KI and Cudlee Creek," he said.

"Though our teams on KI tried their hardest to deal with the circumstances they faced, we accept that not everything went as well as we might have hoped and this report gives us recommendations to proactively improve our preparations for future events that seem certain to threaten SA."

CFS Volunteers Association KI branch president Stack Stevens said the association would respond to the review in the coming weeks, once members had digested the findings.

The most effective use of Farm Firefighting Units on the fireground has previously been debated, with the review recommending FFUs be coordinated through a Divisional Commander to a local FFU coordinator.

"It would be preferable for the FFU Coordinator to be issued with a VHF to facilitate tactical communications with the Divisional Commander, and for FFUs to communicate amongst themselves on UHF," the review said.

The review reiterated the importance of both CFS members and FFU operators, saying both parties needed to work together for "the common good of the operation".

"The solution would rely on (both parties) reaching an agreement about levels of safety, integration on IMT, and the ability for the FFUs to coordinate through the Divisional and Sector Command, executing tasks and influencing decision-making through local knowledge," it said.