A locally-created book, inspired by the 2019-20 summer bushfires, aims to help children and their families through the recovery process. 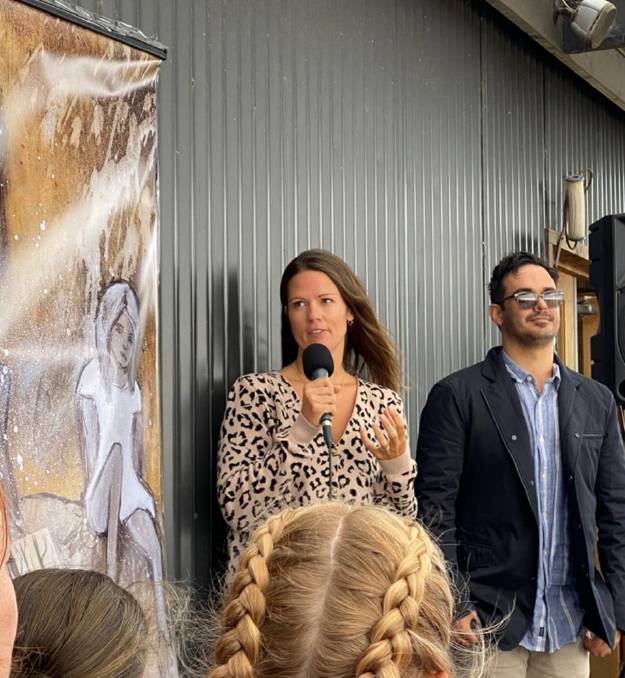 A locally-created, soon-to-be-released book, inspired by the 2019-20 summer bushfires, aims to help children and their families through the recovery process.

Evie and the Bushfire is the brainchild of Kangaroo Island publishers Margi and Geoff Prideaux, who lost their Stormbird Press business, home, vineyard and farmland in the fires on January 3, 2020.

"After the fires, we were determined to rebuild, but in that rebuild we wanted to include a book that would contribute to our community in a tangible way," Margi said.

"The support we received after the fires had been profound so this book allowed us to give back to the community in the best way possible."

They approached local KI author Becky Westbrook, who had only just released her first children's book Children of the Wild in 2019.

"We knew Becky would have a sense of what needed to be written as she was right among those affected in the KI bushfires," Margi said.

Becky said while her home was spared in the fires, the devastation within the community was strongly felt, so she was glad to be part of something that aimed to help others.

"I had an affected friend say she wished she had a book she could read to her children to help them understand, and to know that they're not alone," she said.

"I felt honoured to be able to do this for my community and possibly communities around the world that have been affected by devastating events such as this."

Becky said she had been set the task of including every aspect of the community in the recovery process, which she initially found daunting.

"But once I thought about it, even though we hadn't been burnt out, we had lived it too, from the home-cooked meal deliveries, to the army assistance, to the incredible community support - it wasn't hard to be inspired for the book," she said.

"I really hope the book helps people in the recovery process, to help see the positives post-fire and really create awareness that fires can never take everything away.

"We also want children that have experienced disaster to know that they are not alone - that hope remains."

Award-winning Qld artist Jet James was brought on as the book's illustrator, and he epitomised the particular style that Becky had in mind.

"We didn't want the illustrations to be too KI-centric, because we wanted the book to have currency in other communities," she said.

"As we have seen with the Perth bushfires this year, these types of events are not going away.

"We wanted it to be a book any parent could pick up and help their children through the months that follow bushfires."

We always wanted to make the book freely available to our island community. - MARGI PRIDEAUX

The Evie and the Bushfire book, which was supported by funding from the state government and the Kangaroo Island Wildlife Network, had a special pre-release in early February on KI.

Children in attendance were given a free copy of the book, with more made available after the event.

"We always wanted to make the book freely available to our island community," Margi said.

"We have since had wonderful feedback from locals saying how much they appreciated the book's message and being able to share that with their children."

Margi said they have since had strong interest from organisations across the country wanting to use the book in their community resilience programs and other similar initiatives.

Evie and the Bushfire will be made available through booksellers nationally from April 12, with part proceeds from sales donated to the Kangaroo Island Wildlife Network.