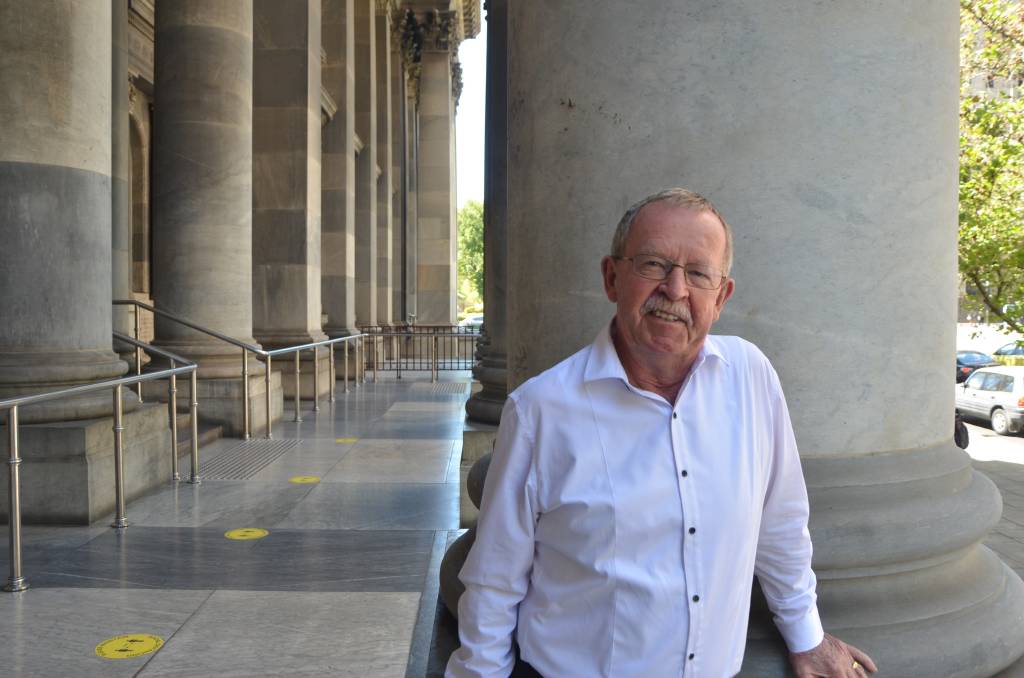 LANDHOLDERS will be given a platform to share their views on the process of land access for mineral exploration companies, after the establishment of a Parliamentary Select Committee Inquiry into the matter.

LANDHOLDERS will be given a platform to share their views on the process of land access for mineral exploration companies, after the establishment of a parliamentary Select Committee Inquiry into the matter.

Independent member for Frome Geoff Brock has been pushing for an inquiry into mining land access since changes were made to the Mining Act 1971 in July 2019, and he seized on the state government's slide into the minority to stage a successful parliamentary vote last week.

The committee - to be chaired by Mr Brock - will conduct several regional visits to gather community and landholder views, hold hearings with mining and agricultural stakeholders and employ a research officer before presenting their findings to Parliament on November 18.

"We need to find out if we have the best practices and processes in place, how they stack up nationally and internationally and if we can we make improvements," Mr Brock said.

"The establishment of the committee will allow more open consultation away from the bureaucratic system and allow us to go out and talk directly to people affected.

"This process is going to be transparent and open. I have no agenda. All I want to know is have we got the best process for both the agricultural and resources industries, which are very important to the economic growth of SA."

"We have done an enormous amount in this area and there is still more to do... but we want to do more as quickly and as efficiently as possible," he said.

"We want both the agricultural and the resources sectors to benefit from the next wave of improvements that our government can put in place for both of them, things that are advantageous to both of them, taking away the conflict that sometimes occurs between them... establishing a select committee to do that is not going to help that happen in a quick, expedient and efficient way."

Grain Producers SA chief executive officer Caroline Rhodes said while GPSA acknowledged recent changes had made "incremental improvements to the process of land entry and use of cultivated cropping land" and improved landholder understanding of their rights and responsibilities, other aspects of land access arrangements needed further refinement to address conflicts arising from mining on agricultural land.

"We know that regulation plays a critical role in ensuring that resources projects across Australia meet community and environmental management expectations," she said.

"It is not unreasonable to suggest that, in cultivated cropping areas, SA's mining law has fallen short of those expectations."

Ms Rhodes said the inquiry would help engage the community at large and shine a light on current practices.

"GPSA will actively participate in this process on behalf of our members," she said.

"We have worked diligently over the past few years in developing policy positions, and look forward to providing a written submission and evidence to a future public hearing of the committee.

"We want to address the imbalance between the primary industries and resources sectors under SA law, and this inquiry is another step in progressing meaningful reform."

CONTINUED CONSULTATION A MUST: KOUTSANTONIS

ONE of the six members of the Select Committee inquiry into mining land access, Opposition spokesperson for mining and energy Tom Koutsantonis, disagrees with Energy and Mining Minister Dan van Holst Pellekaan's belief that an inquiry will slow down land access reform.

"I think a Select Committee can help hear people's concerns and there might be a remedy we can come up with that doesn't harm the mineral sector or in any way harm agriculture," he said.

"The idea that one piece of legislation is done, dusted and good enough, never to be changed again, is ridiculous.

"We should always be updating things and working towards best practice. You're not going to satisfy everyone, but we should at least be getting out to the coalface and speaking directly to mining companies, directly to farmers and find out exactly what is happening at the farmgate when people are getting on their land."

While the SA Chamber of Mines and Energy has indicated it will participate in the inquiry as required, it views the establishment of the Select Committee as unnecessary given recent changes to the Mining Act and land access arrangements.

"Industry engaged in good faith during the Mining Act review and continues to do so during the current Petroleum and Geothermal Energy Act review," she said.

"Changes to land access arrangements have been given detailed consideration, resulting in increased reporting, compliance and engagement measures for operators."