SPIRITED feedback and areas of concern about the proposed Pastoral Lands Bill 2020 are being voiced as the state government aims to reach suitable compromises before legislation is presented to Parliament in the first half of 2021. 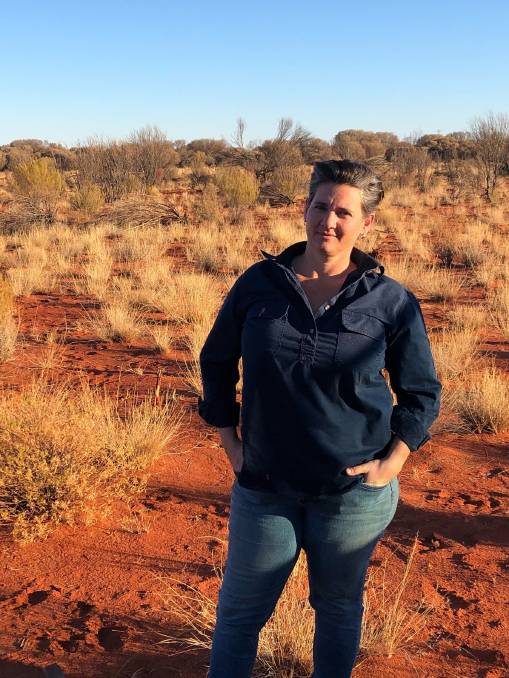 Ahead of a public forum on the new pastoral bill being held in Adelaide, Lambina Station's Gillian Fennell said she couldn't fathom the sudden interest in the rangelands, which was often forgotten. She also said holding a forum in Adelaide about a bill affecting people living in the pastoral areas was not ideal.

SPIRITED feedback and areas of concern about the proposed Pastoral Lands Bill 2020 are being voiced as the state government aims to reach suitable compromises before legislation is presented to Parliament in the first half of 2021.

Last year's review of the Pastoral Land Management and Conservation Act 1989 proposed significant changes to parts of the act, including the extension of lease lengths from 42 to 100 years, diversification opportunities, stocking rates, assessment methods and definitions of public access routes.

A range of interest groups have raised concerns, with lease length, removal of stocking rates and the influence of different sectors on the new act the main bones of contention.

Conservation Council of SA chief executive Craig Wilkins said the body had significant concerns about the draft bill, believing it didn't "hit the mark" for anyone.

He said the bill looked like one driven by cost and responsibility minimisation and believed concerns from the pastoral industry about certainty and flexibility would have been met by better management of the Pastoral Unit, quicker reassessment of leases and appropriate monitoring of land.

While Mr Wilkins conceded the SA rangelands had traditionally been well looked after in comparison to other states, he was concerned "shifts" in the proposed bill would have long-term impacts on both productivity and conservation.

"The idea of doing away with stock maximums raises alarm bells because that's been an effective mechanism for making sure the management of the lands is sustainable," he said.

"The issue of tenure is also contentious. This is public land and extending (leases) from 42 to 100 years is a massive leap and traditionally having a regular review of lease length is one method of making sure the land is managed appropriately."

In a statement, Primary Industries Minister David Basham said the proposed bill was designed to improve the future management of pastoral leases, supporting both pastoral activities and conservation and environmental activities.

"The state government recognises the majority of pastoral lessees have demonstrated through their actions over many years, a firm commitment to the conservation of the pastoral lands," he said.

"We are confident this responsible approach will continue for years to come."

Welcoming the extension of lease lengths to 100 years is Livestock SA, which is pleased with the majority of changes made under the proposed pastoral bill.

"The key positive to us is the surety the proposed bill offers in terms of an extended tenure and the commitment to more regular assessment," Livestock SA chief executive officer Andrew Curtis said.

Mr Curtis said the advocacy group still had some lingering concerns of its own, but these were primarily based on lack of detail rather than fundamental differences of opinion.

Livestock SA also believed maximum stocking rates should be retained under the new bill as a safety net, saying they were a useful guide until a better system was found.

"The new bill talks about a new review system based on monitoring land condition with a satellite imagery system," Mr Curtis said.

"We're concerned about moving to that new system ahead of it being proven so we just need to gain a greater understanding on how the monitoring and the protection of the resource is going to be maintained.

"We don't want to have a gap in the act that puts the landscape at risk through over-grazing from sheep, cattle or kangaroos."

The vast array of interest groups with a stake in the rangelands will engage in a public forum, hosted by Rural Media and Communicators SA/NT and the Royal Geographic Society of SA, on Friday at the Hawke Centre at UniSA's City West Campus.

Lambina Station's Gillian Fennell said she couldn't believe the amount of interest shown in the pastoral lands during the formation of the new bill, and felt Adelaide was not an optimal location for a forum on a bill affecting pastoral lands and people.

"For the rest of the time, no one gives a rats whether we've got appropriate healthcare, mail service or education," she said.

Mrs Fennell said the move to 100-year leases was excellent for pastoralists and while she believed stocking rates didn't relate to actual land management, she could understand why some were hesitant to remove the measure.

"Some pastoralists feel strongly about retaining the stocking rate because it's linked to valuations from the bank and, under other legislation, to how much water we're allocated," she said.

"It's not necessarily needed as an environmental management tool but as a tool used to determine the value of pastoral leases."

While some members had expressed concerns about lease lengths, Four Wheel Drive SA president Greg Chase said the main outcome they wished to see from the new act was ongoing access to public access routes.