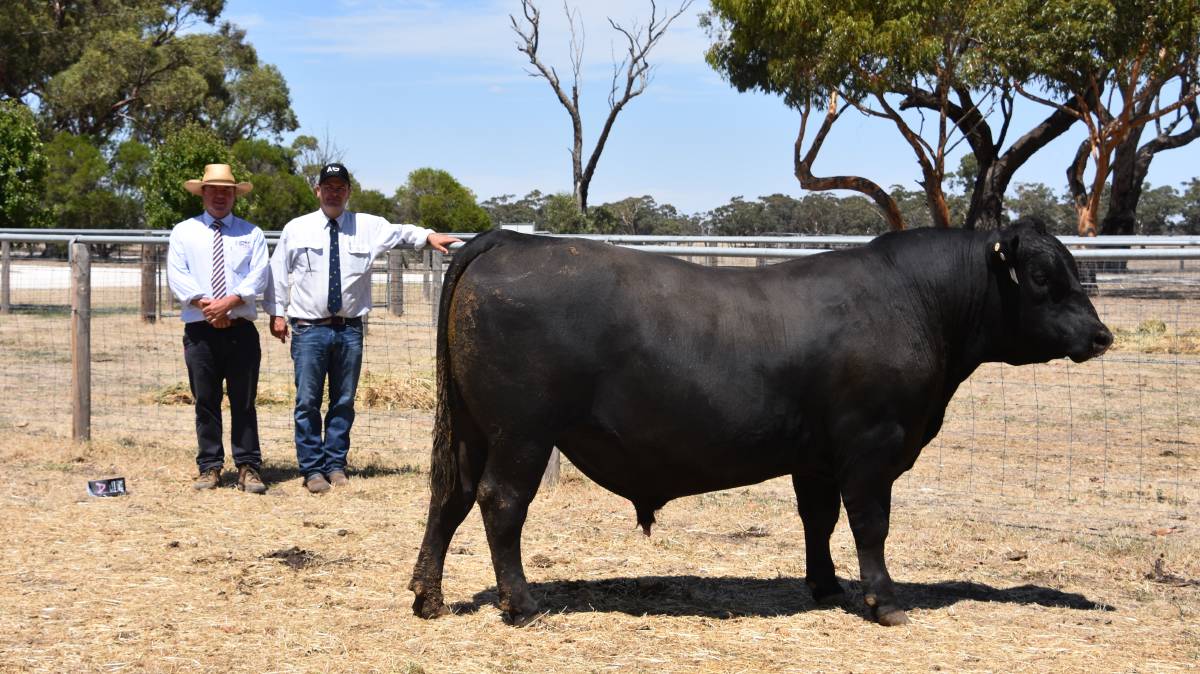 The sale-topper Q223 had been used in the Allendale stud and was sired by Rennylea L508, which was the sire of many bulls throughout the catalogue, with 11 sons averaging $11,909.

Buyer Harry Kelly, Mooramook, Caramut, Vic, will use Q223 to breed his own bulls for his large Angus operation.

"After many years of buying rams from the Day family and forming a strong relationship with the Day family, I was more than confident to buy a bull from Allendale, being so highly regarded in the seedstock industry," Mr Kelly said.

While the offering was small in numbers, the quality was maintained throughout the catalogue, as indicated with a very respectable first sale average of $10,881.

Mr Kempe plans to use the bulls over Simmental-Shorthorn cows for the vealer and feedlot market.

"I was selecting for high growth firstly with good phenotype, correct structure and quiet temperament," he said.

With 32 registered buyers and strong numbers in the gallery, stud principal Alastair Day was thrilled with the "amazing result".

"Although we are only offering a smaller number of bulls, we are proud of the quality of the bulls offered and will build numbers in coming years," Mr Day said.

"It was a very pleasing result with good support from previous buyers," he said.