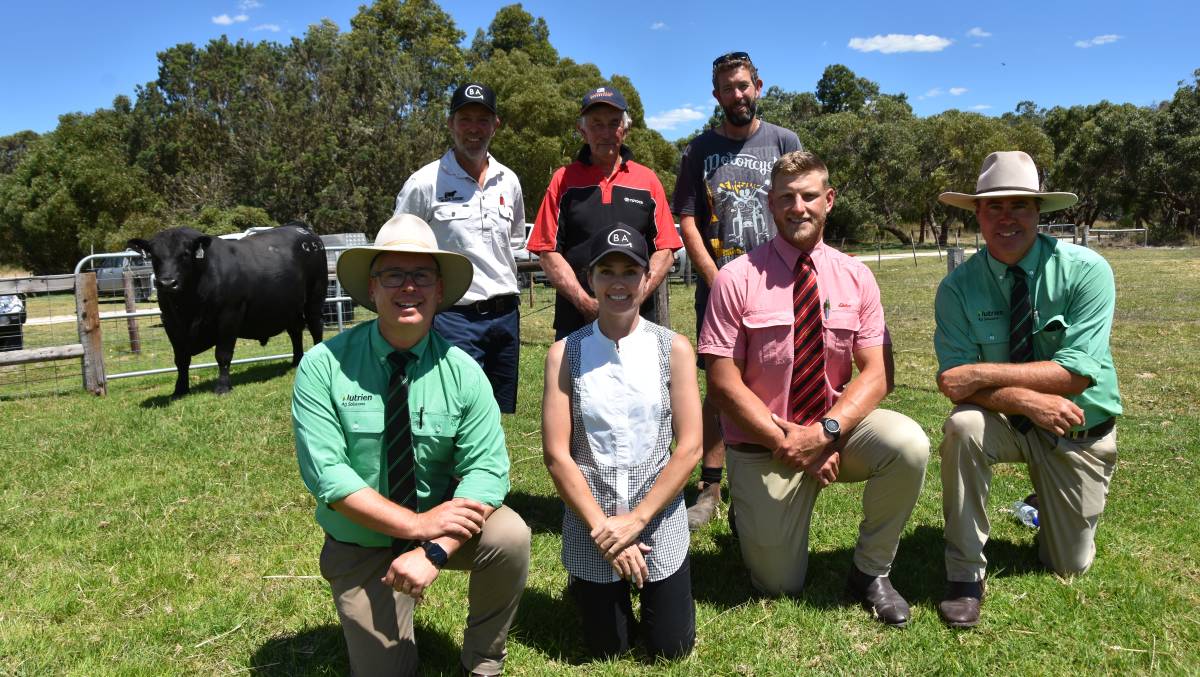 But it was the consistent high quality of the 59 bulls on offer that ensured Ben and Samantha Glatz and their sons Dylan and Jack notched up a total clearance and $13,661 average- the highest average for SA Angus Week sales.

Luckily nearly all of this year's sale bulls survived the blaze and presented well considering their ordeal, but it did force a change of location to the Woonallee sale complex, Furner.

They spotted the 22.5 month old, which was very docile, at the Glatz family's recent Beef Week open day.

"It is a bull with a lot of depth and good shape," Damien said.

The bull was sired by Storth Oaks Jack J7, which excelled in cohort 7 of the Angus Sire Benchmarking Project, and also sired last year's $15,500 sale topper at Glatz's sale.

Q1, which was in the top 10pc of the Angus breed for calving ease and birth weight and scrotal size, was bought by Fordvale Pastoral, Strathalbyn.

The first sons of Glenloch JK Makahu M602 also received plenty of interest with their great muscle content and softness.

The first through the ring-lot 10- was knocked down to Christine Comley, Ardno, Mount Gambier for $18,000.

The Glatzs bought Makahu in 2018 from JK stud, Chincilla, Qld, with semen in the bull being marketed by Agri-Gene.

Many of the buyers were long-time supporters including Chesrex, Kingston, who have bought at every sale. They secured six bulls to $16,000, averaging $13,000.

Also maintaining his record of buying from every sale Hamish Robertson, Kingston, bought two bulls- lot 4 and 8, both at $16,000.

Six bidders were active on AuctionsPlus with three of these from western Vic buying six bulls.

Mr Glatz said the family were "extremely pleased" with the sale result and said it was "humbling" to receive such strong support.

"The overall result was most pleasing. We once again thank our widespread and loyal client base for their continual support," he said.

"We were particularly happy with the level of interest we have received in our program following our 2020 sale which contributed to some additional strength this year."

Mr Glatz also extended his sincere gratitude to Woonallee stud's Tom and Lizzy Baker for generously offering them the use of their tremendous sale facilities, particularly at short notice.

Nutrien stud stock manager Gordon Wood - who auctioneered the sale with Richard Miller - said there was "really solid pricing" throughout the sale.

"People have obviously appreciated the cattle here at Glatz's but they have also seen what has been happening (at bull sales) as the week has gone on.

"We all know where the beef job is at the moment and people have been well rewarded with the prices for their weaners so they are pumping it back into the right genetics to push forward."

Mr Wood said the positivity of the Glatz family to "overcome a big hurdle" had been incredible.