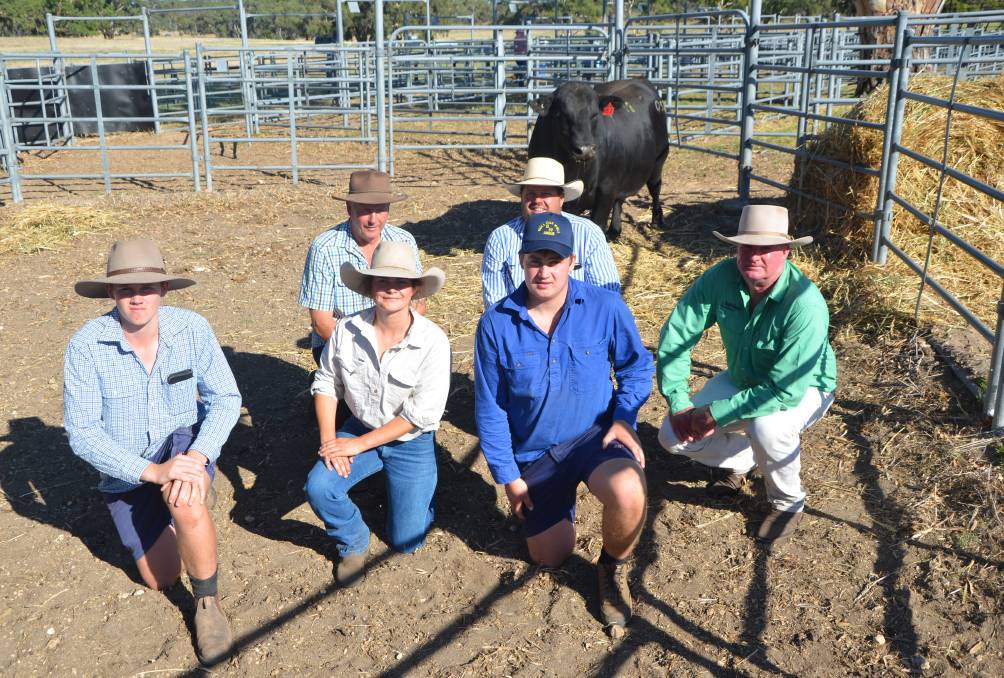 The top-priced sale was just one of many highlights for the Nickolls family from Pinnaroo, who were left speechless after a 10th annual sale where 52 of 53 bulls were sold to the stud's best ever average of $11,461.

Stud principal Heath Nickolls was grateful for the continued support from the healthy crowd of South East and Mallee clients, and a significant order from Broken Hill.

"The sale was way above our expectations and we didn't see it (that result) coming," he said.

"We've had some good sales but this sale takes the cake.

"We knew there was some confidence in the beef cattle job and I guess it flowed into the bull sales.

"It's good to see people are getting rewarded for their cattle and re-investing it into genetics.

"It's humbling that people decide to come to us and it's great to see so many return buyers all from SA."

As a mark of their gratitude, the Nickolls committed to donating half of the sale average to the Royal Flying Doctor Service.

The top-priced Bull Oak Well Knockout Q52 was a son of Karoo Knockout K176 and weighed in at 880 kilograms with a 41.5 centimetre scrotal circumference.

The family run a mix of 400 Angus and Hereford breeders, producing steers for sale and replacement females.

"His length and his style, as well as his figures, all stacked up," Mr Auld said

"He'll produce the type of cattle that we'll want to finish off."

Another notable sale was the lot 3 Bull Oak Well Makahu Q17, which was knocked down for $18,000 to Lake Ellen Pastoral, Tintinara.