As pulses become more popular in crop rotations, reports of crop damage and even failures have increased and recently were the focus of SARDI research. 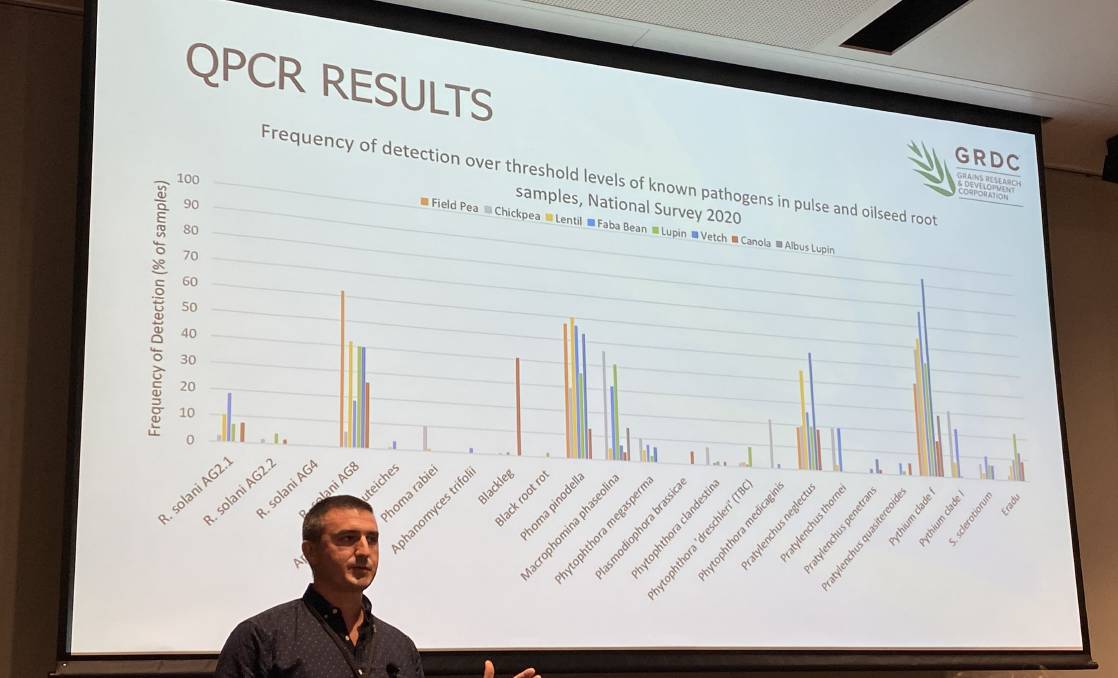 AS pulses become more popular in crop rotations, reports of crop damage and even failures have increased and recently were the focus of SARDI research.

SARDI senior researcher Blake Gontar outlined some of this research at the GRDC Grains Research Update in Adelaide last week, from trials undertaken across the past three years.

"Emerging root diseases in pulses is a bit of a new space in the SA crop industry, but has become more important with the growing use of pulses in crop rotations," he said.

"It came to our attention about three years ago, after crop failures in the South East of SA. The roots of these crops were clearly not healthy, but diagnosing the cause was not so simple."

Mr Gontar said they put the root samples through a range of processes to try and isolate the pathogen, and used DNA testing called quantative polymerase chain reaction tests (qPCR), but couldn't get a definitive answer.

"We eventually turned to molecular technology called next generation sequencing, which gave a clearer gauge of all the fungal pathogens present in those samples," he said.

Mr Gontar said NGS found Phytophthora megasperma, which was considered the likely cause of the crop failure, while in a faba bean sample, NGS found another concerning pathogen called Aphanomyces euteiches, which was not thought to have been present in the SE.

"These results really got us questioning what other pathogens were out there causing damage," he said.

We now have a really good picture of what is out there across Australia. - BLAKE GONTAR

In 2018, through SAGIT funding, SARDI researchers received more samples of poorly-performing pulses from farmers and agronomists across SA and put them through the same process. In 2019, the trial went national.

Then last year, 530 samples were processed from across Australia.

"We now have a really good picture of what is out there across Australia," he said.

But Mr Gontar said while these more common root diseases were the likely the cause of small to moderate yield losses, they were certain it was not the cause of severe losses being seen, so they dug a bit deeper.

"There was also up to four species of phytophthoras present, which we know is a major constraint on chickpeas in the northern region and we are seeing a number of other phytophthoras species across Australia in different pulse crops.

"Fusarium avenaceum was also present, causing lesions on the roots. It's a pathogen of research focus in the United States and might be something we could investigate further in SA." 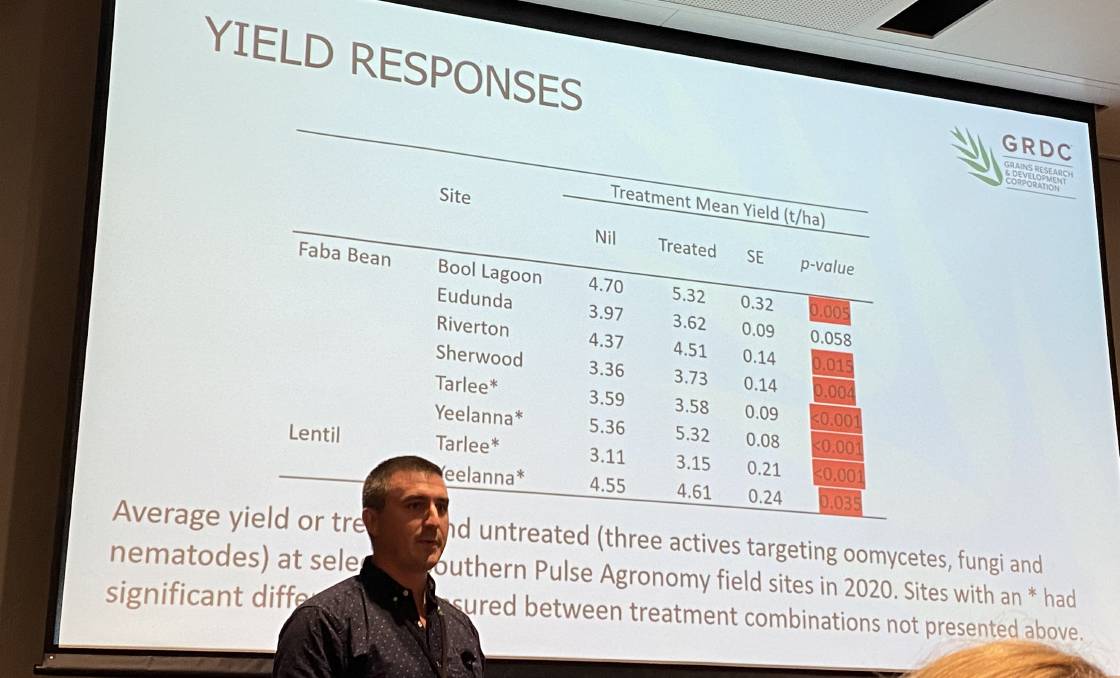 SARDI senior researcher Blake Gontar said to quantify the yield loss from the pathogens they had received in the past three years, a SAGIT-funded, GRDC-supported trial was conducted last year.

Across 19 sites, two types of pulse crops, affected by soilborne diseases, were monitored after the application of (mainly off-label) fungicides.

Mr Gontar said one highlight from the 38 different plots was that 11 positive yield responses were recorded where lentils and faba beans were sown and high Phoma pinodella was detected.

"It showed that despite having a certain pathogen at high levels, we could still get good control and achieve a yield response," he said.

"We didn't get full control, but that could be due to other pathogens being present.

"We also had some sites where there wasn't a yield response, but that can sometimes be a reflection of the season.

"Some sites even recorded a negative affect on yield, probably due to the products being unregistered so growers need to take care."

Mr Gontar was not allowed to specify what chemicals were used to treat the crops, but said the information could be used by agro-tech companies to find solutions for various root diseases.

The information could also be used to figure out which pathogens were researched further in future, he said.